So the Chicago boys took on Frank and the Frankettes in The Dozen. It is now live. You can watch it right here

We had a question that was absolutely TAILOR made for me and...I fucked it up. Some people would blame the 3chi. I won't because they're a great sponsor and I love them. The answer to the question was Dennis Dixon and I said Juan Dixon. I was even cocky about the answer. Said it twice with such conviction. Then as soon as I said final answer I turned around shouted Dennis Dixon so the Frankettes got a free point. I am...an idiot. It pains me. I saw this tweet in the morning from RDT and I wanted to puke

If you've been following Redline Radio or me on twitter you know that I have a special place in my heart for college QBs who I watched in the 2000s that never got the chance they deserved for whatever reason. The top of that list, at least in terms of how often I talk about him is Tyler Bray 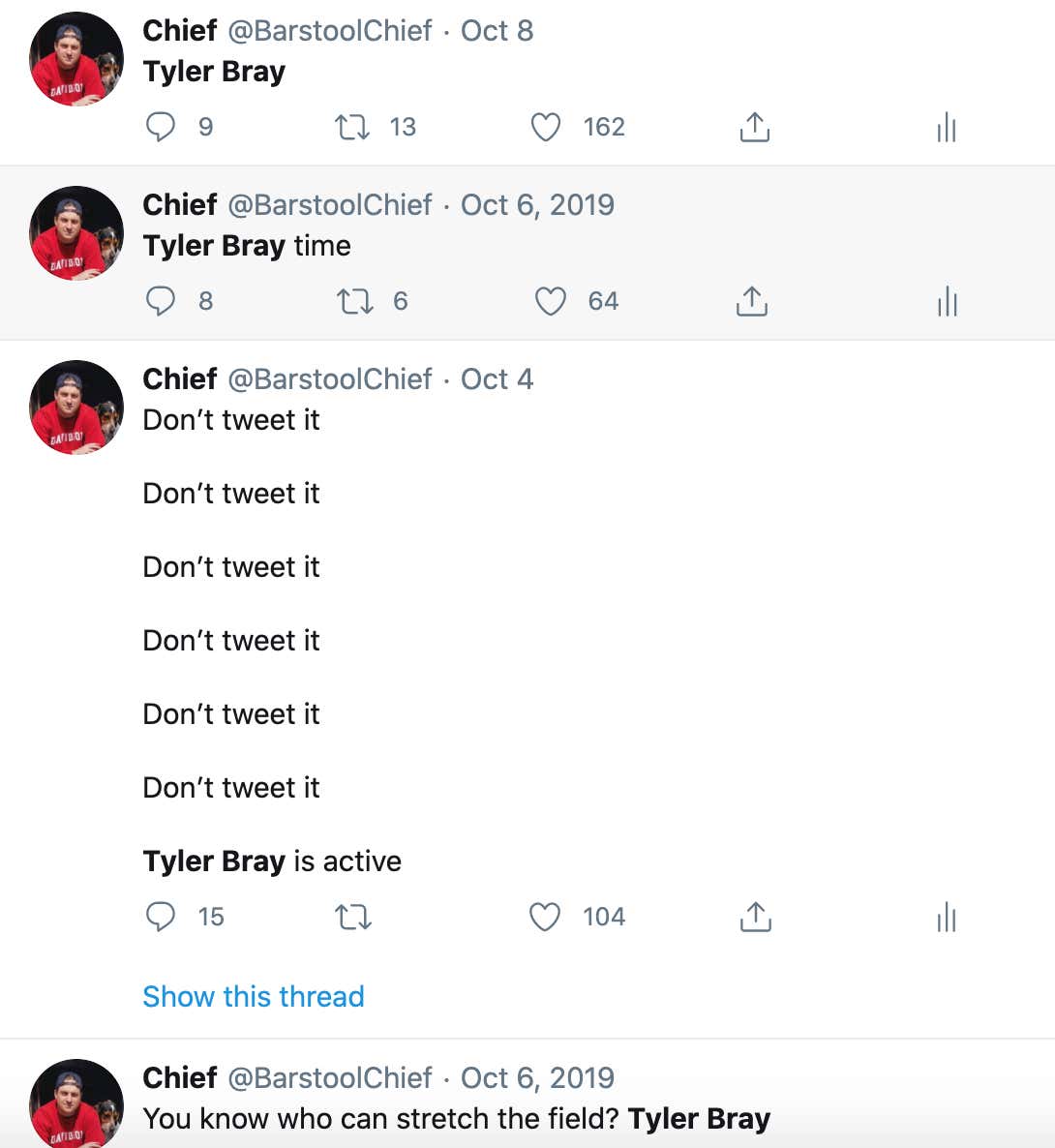 If we were talking about who is the number one guy on that list…it's Dennis Dixon. People don't even seem to remember him. This was a guy in 2007 that was going to have Oregon playing for the National Championship and he was going to win Tim Tebow's Heisman Trophy. That is how good he was. Absolutely electric. Oregon was 8-1 with their one loss coming to a Cal team on the road that was ranked in the top 10. Then Ducks just went through the entire season killing people as Dixon put up a zillion yards. He was one of those video game athletes like Jeremy Roenick. So good that if you were playing NCAA 2008 in your college dorm and picked Oregon you'd get the side eye roll from your buddies. One bad knee injury and his career was never the same. Oregon lost 3 straight to end their season, Tebow won the Heisman and the National Championship and that was that.

Dixon got drafted in the 5th round when he probably would've been taken much higher without the knee injury. In 2010 he finally got a chance to play meaningful minutes. Roethlisburger was suspended to start the season and Byron Leftwich got hurt. Dixon was named the opening day starter by default. What'd he do…oh you know…went 2-0 and completed 69% of his passes which was very nice. But…he got hurt again. Torn meniscus and that was all she wrote for his career. Never started another game. It's a god damn shame and this entire blog was to let Dennis Dixon know personally that I forgot his name during trivia because I was high, but people should know who he is.

PS: Definite list of QBs who just needed a chance to shine