This man probably wakes up at 4:30 in the morning and his day starts off with a few scoops of Jack3d. He gets to the gym at around 5am for his first lift of the day. Probably mixes in some BCAA's while he's working out, and caps it all off with a protein shake at the end. These things aren't cheap but luckily for him, he gets the employee discounts because after his 5am chest and tri's workout, he heads to work at his local GNC.

He already spent a few hours of his Sunday prepping all his meals for the week, so he gets to enjoy a nice bland platter of unseasoned baked chicken, broccoli and brown rice. Not enjoyable in the slightest, but these are the sacrifices you need to make. Finally his shift of giving unsolicited advice to everyone who steps foot into that GNC from 9-5 is over, and it's time to head back to the gym. Another round of Jack3d, BCAA's and creatine. It's a heavy leg day so let's pump that heart to it's max with a couple extra scoops of pre-workout. He can barely walk out of the gym on the way out to his car, but eventually he heads home for another delicious meal of baked chicken, broccoli and brown rice. Maybe for dessert, he'll treat himself to a spoonful of peanut butter. He gets in bed and sets his alarm for 4:30am to do it all again in the morning. 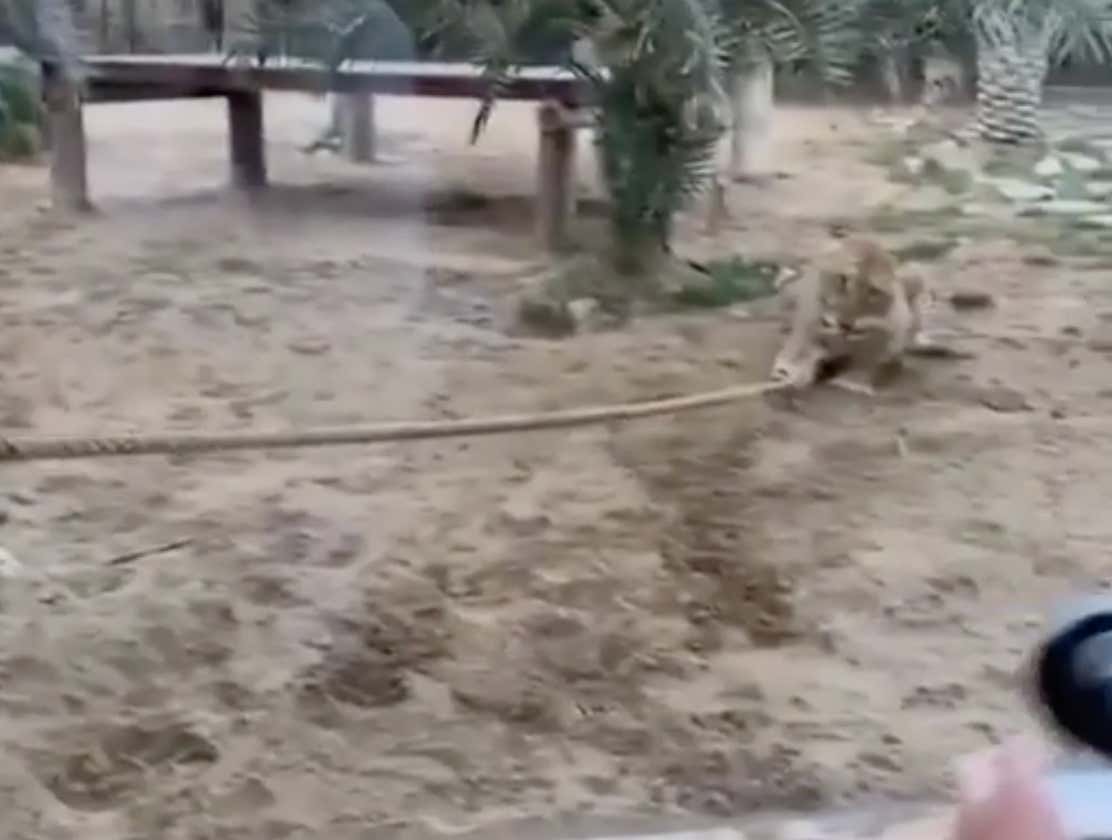 That lion isn't even trying. Not even close to breaking a sweat. Couldn't even fake letting the human take the lead for a moment like he was arm wrestling his little nephew and wanted to make him feel strong.

This man spent all that time in the gym. He robbed himself the joy of eating actual food for so long. Has sacrificed so many hours of sleep. And for what? To get completely clowned by a lion like this? No thanks. I'll take enjoying my life and just taking the casual trip to the gym to cancel out the weekend beers instead. If we're both going to get our asses kicked by the lion in tug of war, at least I'll treat yourself to a few extra slices of pizza.

Sidenote: I really don't think they should have the cage up there. If you want to play tug against a lion who is being held captive in a zoo, then you should be willing to deal with the consequences when you lose.