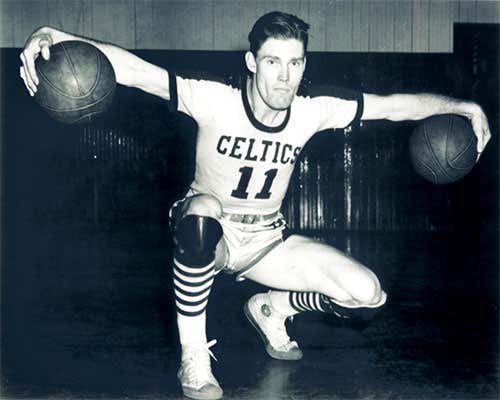 Professional Basketball makes its debut on the parquet floor of the Boston Garden. It is the first home game for the Boston Celtics. The team is one of the founding members of the Basketball Association of America. Before the game, Chuck Connors takes a shot that breaks the backboard, delaying the games as a new backboard was installed. The Celtics would lose their home opener 57-55. Connors would score eight points but found greater success later in life as an actor.

The Boston Celtics are coached by Honey Russell and have a record of 0-1 after losing their first game against the Providence Steamrollers 59-53 on November 2nd. The Celtics are owned by Walter Brown, who manages the Boston Garden. Brown is among several arena managers that form the Basketball Association of America. Before the Celtics played their home opener, Chuck Connors in the pregame shootaround shattered the backboard. Arena workers failed to install a protective foam rubber piece between the hoop and backboard.

Kevin Joseph Connors was born on April 10, 1921, in Brooklyn. The son of an Irish Immigrant that worked as a longshoreman, Connors, was a multisport star earning a scholarship to Adelphi Academy in Brooklyn. After graduating, Connors attend Seton Hall, where he played baseball and basketball got the nickname Chuck.

Chuck Connors left Seton Hall to play minor league baseball. His career would be interrupted by World War II when he served in the Army. During the war, Connors served as a tank instructor in Kentucky and New York. After the war, Connors was signed as one of the original Boston Celtics. Connors scored eight points in Boston’s first home game. He averaged 4.5 points per game in 53 games over two seasons.

Chuck Connors would depart the Celtics for baseball, playing briefly for his hometown Brooklyn Dodgers in 1949 and the Chicago Cubs in 1951. While he was a member of the Cubs’ organization, Connors played for their minor league affiliate in Los Angeles.  There he was spotted by an MGM casting agent and began a career in acting.

In 1958, Chuck Connors got the role he would become best known for, playing a single father raising a son in The Rifleman. The Rifleman was among the most popular westerns at the time, running on ABC Television for five seasons. After The Rifleman, Chuck Connors had a variety of roles, including Flipper and Airplane II.