Every now & then in my own down time I'll pick up my sketch book or water color paints, but 99.999% of the time I just sit on my couch accumulating crumbs.

The same can't be said for Azariah, a 15 year-old Stoolie from Florida who has created a @LEGOBarstool account; part of a personal project turning #content folks into LEGOs. From a spot-on Robbie Fox to a hardo-Sox-Fan Carrabis, pretty much everyone he's re-created has loved it & given him some shine. 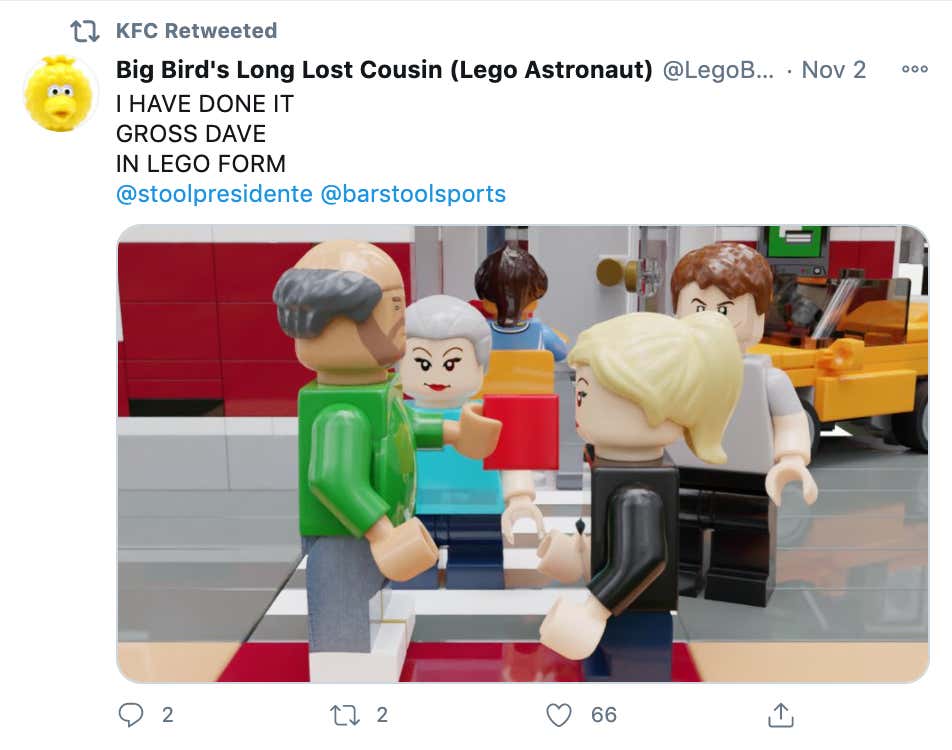 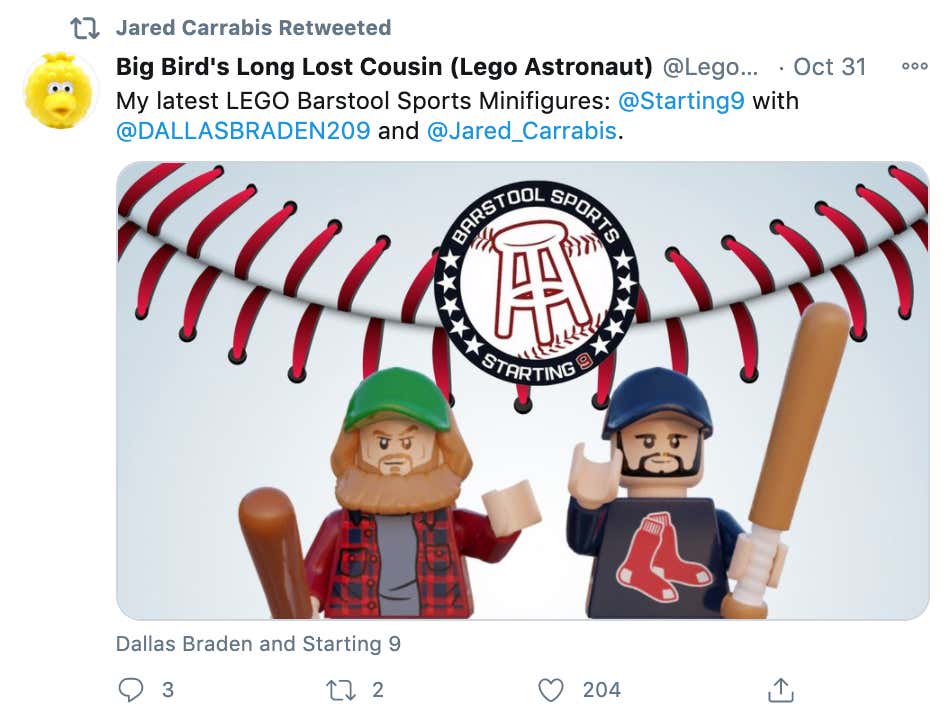 Ever intrigued & jazzed by the projects of Barstool enthusiasts I reached out to Azariah to learn more.

I starting creating my own Minifigures I think around 6 months ago for a SpaceX project I was doing, they were astronauts Bob Behnken and Doug Hurley… and I've been into LEGOs for about 11 years now.

Moving on from SpaceX he shifted gears & first up on the list, another rocket man headed to the moon…

And as for if he's gotten any of the figures from the screen to 3D:

I use the awesome website Mecabricks.com to customize the Minifigures… and I can 3D print them, but I don't have a 3D printer, so they stay digital. : /

..Though he's working on it! In fact he even submitted to LEGO Ideas, a sector of LEGO that encourages people to share concepts & enter contests to make their designs reality. But alas…

Unless LEGO allows the Barstool Sports IP, I won't be able to resubmit it successfully -  I was more disappointed than surprised because I had a feeling in the first place that it would be rejected, but I'm still going to try to get a custom set out there.

Have to say, I love his passion for it & that neither rejections or polling seem to deter him in any way…. This guy is going places.

In closing, for the most hard-hitting question of all, I asked which Barstool personality would be the most painful to step on if they were a real LEGO figure:

I'd have gone with Vibbs or Gaz (just feel like they've got pointy joints), but the man has spoken. If you want to check out more of his fun ideas & other Barstool scenes he's assembled head on over to his Twitter & give him a follow.

I'd say it's going pretty well… LEGO brick by LEGO brick, shout out to the Stoolie making sure Smitty's not the only blockhead here.