A couple weeks ago, I blogged about Jimi Hendrix shredding up a cover of 'Sgt. Pepper's Lonely Hearts Club Band' in front of Paul McCartney, George Harrison, and Eric Clapton in London just THREE DAYS after that record was released in 1967 - and in that blog, I mentioned that I was going to start writing about some classic rock n' roll stories more often. These'll be stories that a lot of our older readers may know already - but ones that I don't think Barstool's younger audience know just yet, and should, in my eyes.

Today's topic of discussion will be the scathing disses that John Lennon and Paul McCartney wrote about each other across various songs after the breakup of The Beatles.

Really, there's one main diss track from Lennon, entitled 'How Could You Sleep?' from 'Imagine' in 1971, and one main McCartney-penned diss track, called 'Too Many People' that provoked it.

So - let's waste no more time and get right into it!

In 1970, The Beatles went through an incredibly messy public split; a breakup so long (and winding) it has its OWN Wikipedia page….

I'm not going to give you the whole rundown and history behind why this happened today; maybe another time, in another blog.

For a brief understanding of what caused the demise of the world's biggest band, though, that Wikipedia page states that the break-up: "was attributed to numerous factors, such as the strain of the Beatlemania phenomenon, the death of manager Brian Epstein in 1967, McCartney's domineering role, Lennon's heroin use, his relationship with Yoko Ono, Harrison's prolific songwriting output, the floundering of Apple Corps and the 'Get Back' Project (later 'Let It Be', 1970), and managerial disputes." 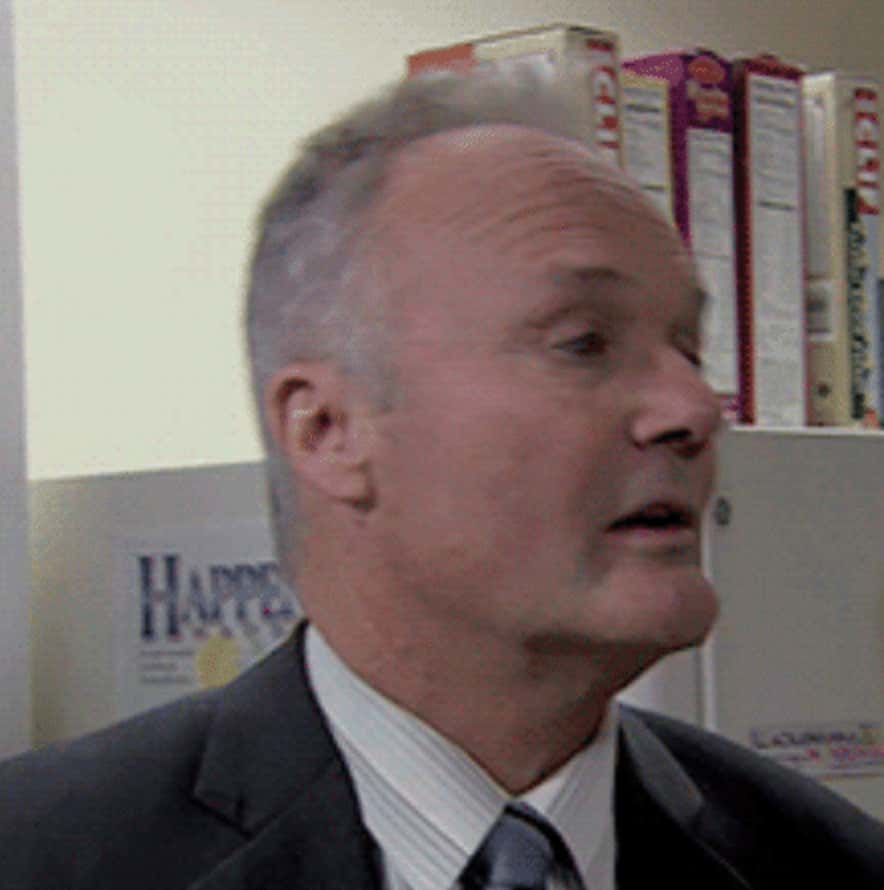 Yoko and John, whole big thing. We had a funeral for the walrus.

Apple Corps - the multimedia company/record label founded by The Beatles in 1968 - served as the poor children in this divorce, and by the end of 1970, things were brought to London's High Court of Justice when McCartney sued Lennon, Starr, Harrison, and former Beatles manager Allen Klein in seek of legal dissolution of the band's partnership. This was brought on mainly because McCartney's bandmates all wanted Klein to continue running the Apple ship and looking over their money, but Paul didn't like him and even referred to him as a "fucking idiot" in British GQ as recently as a few months ago. He wanted a more objective mutual party controlling The Beatles' work and finances while they figured out how to go their separate ways.

Paul ultimately won this lawsuit, and adamantly stands by his actions to this day, saying, "If I hadn’t [sued them], it would have all belonged to Allen Klein. The only way I was given to get us out of that was to do what I did.", and Klein went on to sue The Beatles for $19 million after they lost trust in him and chose not to renew his contract in 1973. He received somewhere around $5 million in an out-of-court settlement in 1977. He's dead now.

In the midst of all of this, John Lennon did a lengthy interview with Rolling Stone (published as the book: 'Lennon Remembers' in 1971), and he didn't hold back any of his thoughts about McCartney at this point in time at all.

Lennon called McCartney 'controlling' and 'self-centered', referred to his first solo album as 'rubbish', and said that Paul had been extremely cold towards himself and Yoko Ono in the studio, and even blames that coldness and the band's "refusal to recognize Yoko as a creative equal" (puke) for the couple slipping into heroin addictions together! Pullin' no punches here, John!

Paul's response to all of that? 'Too Many People', the opening track off his second record, 'RAM' - which he told Playboy in 1984 was a direct reaction to John's 'preaching'….

Here's how the geniuses at Genius break down the verses of this one….

Some verrrry interesting quotes and interpretations there, unquestionably - but it was the chorus of this tune that TRULY pissed off Lennon enough for him to pen a melodic response, though….

So Lennon took THAT (as well as lyrics many believe he actually misinterpreted on 'Dear Boy'/'Back Seat of My Car') and wrote a vicious response called 'How Do You Sleep?'.

He then phoned up George Harrison and Ringo Starr and asked them to play on the track just to add insult to injury/rub some salt in the wounds….

George DID join Lennon to play slide guitar on the song (as you could see in the video at the start of this blog and above), but Alan White from Yes was the one behind the kit for the final recording, not Ringo. As the story goes, he heard the lyrical content and just wanted no part of that drama.

Gotta love that about Ringo. Peace and love.

Now here is the Genius breakdown of the searing 'How Do You Sleep?'…. 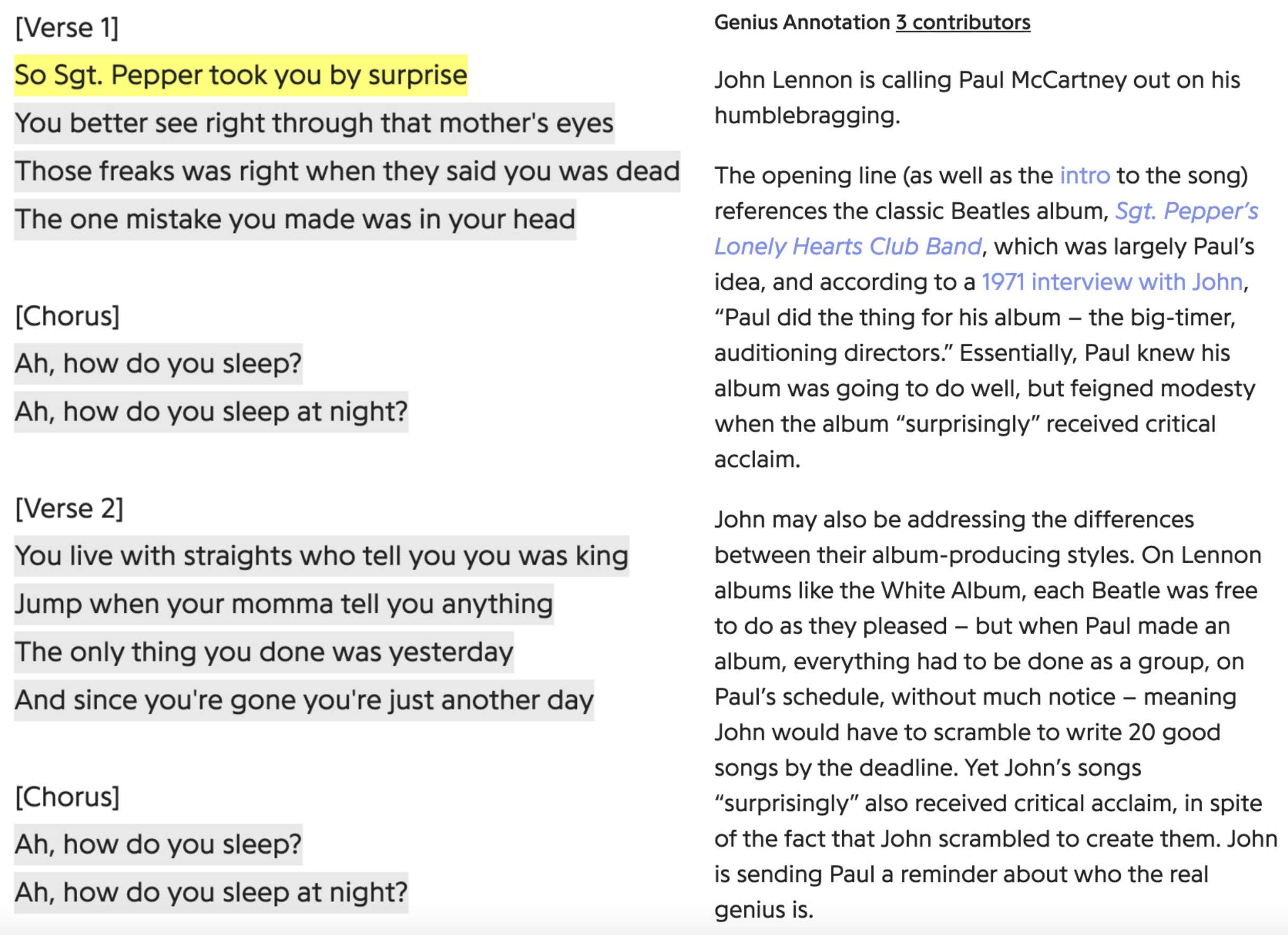 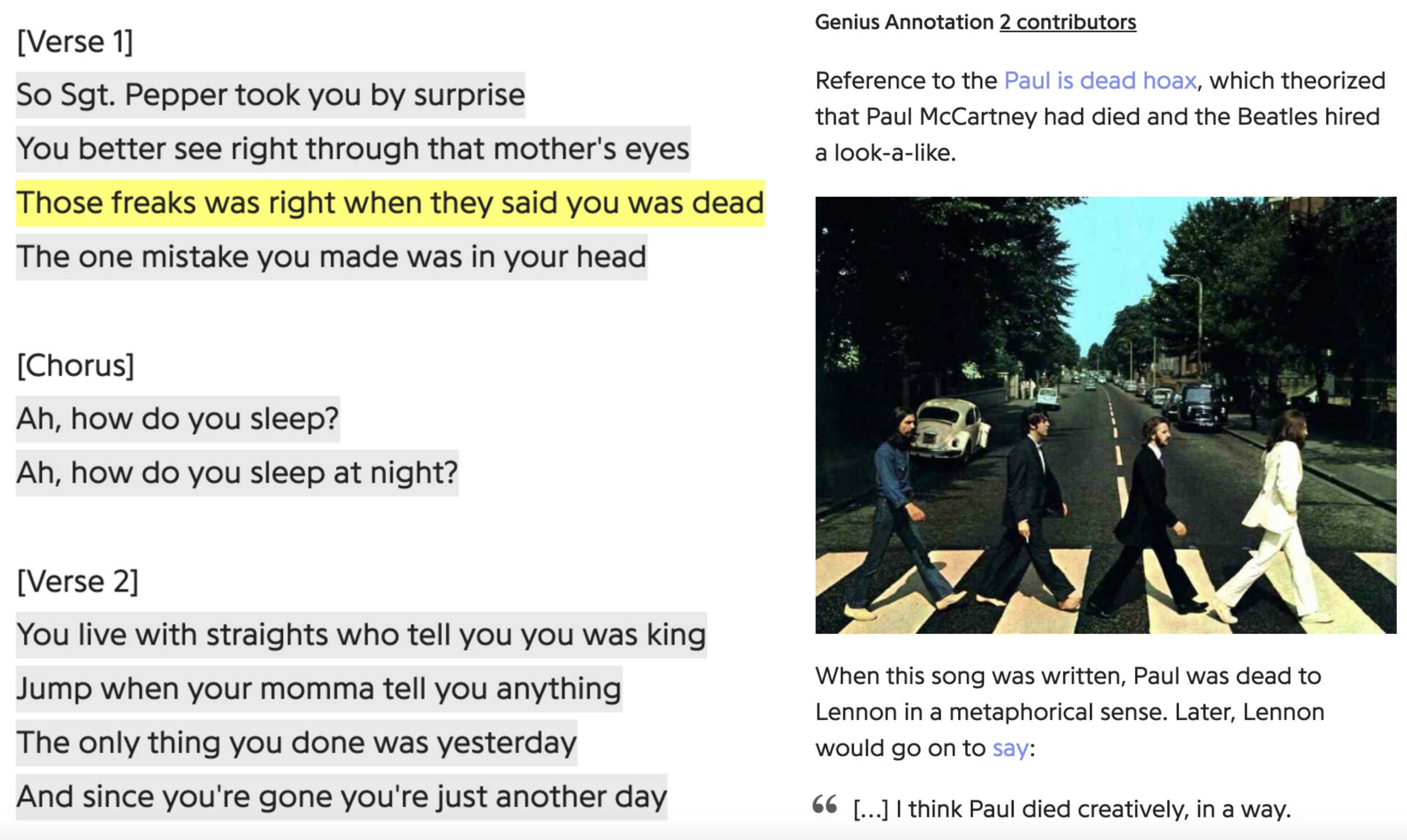 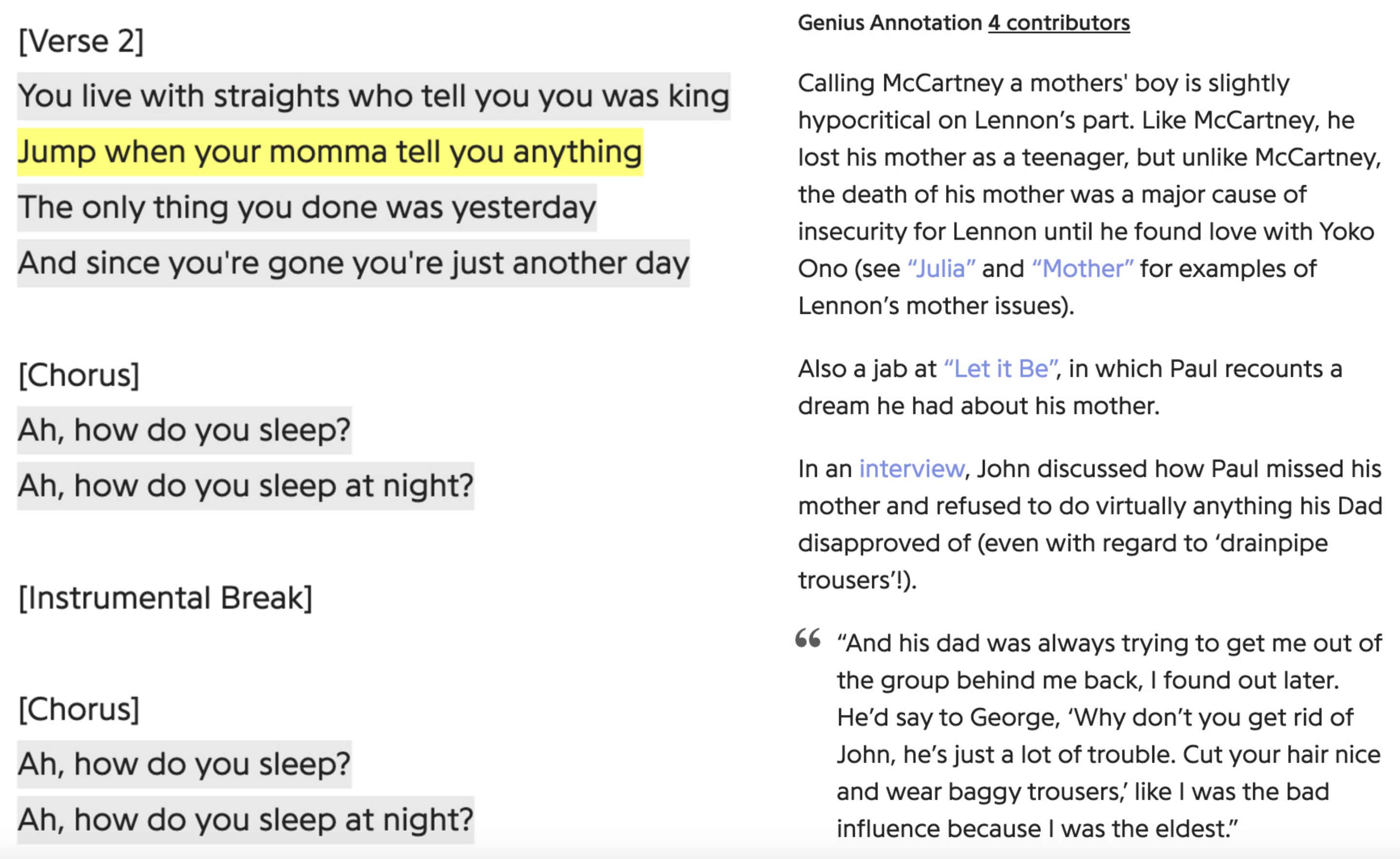 What a JAM of a song, though - filthy guitar solo in that one!

Paul admits the track was extremely hurtful (and says he later found out Ono and Klein were allegedly egging John on during the writing of the lyrics), but his response to it on his next record, 'Dear Friend', wasn't quite what anyone expected….

You see, 'Dear Friend' isn't another diss track aimed at John and Yoko at all.

In fact, it's the exact opposite - it's Paul extending an olive branch. It's an absolutely beautiful song, as well. Take a look at the lyrics….

Lennon and McCartney were able to reconnect and put their differences aside before too long, and it's always been said that they were on good terms by the time John was shot dead outside The Dakota in 1980, which I'm sure Paul is thankful for every day.

They even thought about "reuniting" on Saturday Night Live in 1976 after Lorne Michaels offered them $3,000 to do so while on air, and they just so happened to have been watching it together in NYC! Listen to Paul tell that great story here….

Hopefully you learned something and enjoyed this little dive into the Lennon/McCartney feud of the early 70s - make sure to (politely) ask Paul if he'll come on my podcast to promote 'McCartney III' if ya did…..