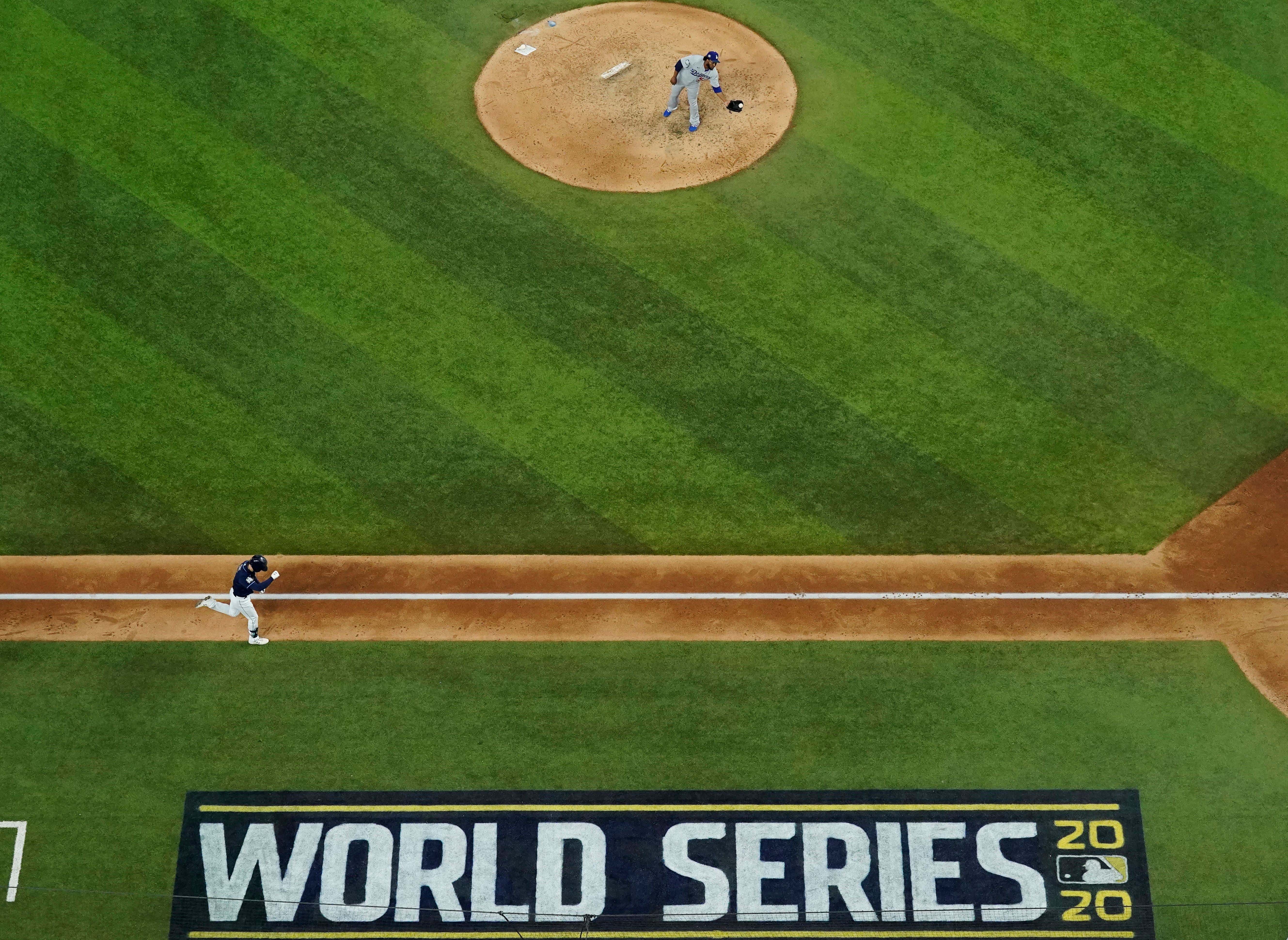 MLB Commissioner Rob Manfred said the concept of a neutral-site World Series is at least worthy of further discussion after concluding the first in history at Globe Life Field. "I wouldn't say a neutral-site World Series is completely off the table. There were things that we saw in Texas that were advantages for us. You can plan. You can take out travel. You can pick sites that eliminate weather problems. Those are all things worthy of conversation and discussion.

Hey Rob let me stop you right there with this one. How about absolutely fucking not? The World Series cannot be played at a neutral site. Period. I'll allow it this year because we're going through a global pandemic and they wanted every assurance they'd get their postseason TV money, but moving forward I don't even want this potential idea spoken out loud because it sickens me so much.

I have a better plan! One that would help grow the sport immensely in popularity, quality, and safety: fire Rob Manfred. How the commissioner of this sport could suggest getting rid of home field advantage in the World Series is simply a fire-able offense in my book. He's come up with countless terrible ideas, but this might take the cake. This might be worse than letting the Astros completely off the hook and that takes a lot for me to admit. This buffoon has crossed the line and we cannot continue to allow him to be in this position of power any longer.

Some of the best moments in sports history have been produced via crowds in World Series games. David Freese's triple and then walk off homer in Game 6, Joe Carter, Tino/Scott Brosius 01' homers, Mr. November, etc. You want to put those games in a neutral site because you don't want the players traveling so much? Nah the real reason is you want those warm weather cities to get in a yearly bidding war to host the 7 games. It's always about the money with Manfred and never about the sanctity of the sport. That's why he belongs in prison. Imagine if Game 4 of this year's World Series was in Tampa? Okay maybe a bad example with the Rays, but the concept of a raucous biased crowd reacting to that kind of moment is why you can't keep doing this neutral site bullshit. Also, don't tell me this idea would be safer for the players in terms of covid. They just did a bubbled up neutral site World Series and a player had to leave a game after testing positive for the virus. Who the hell knows if they would have even played Game 7 yet. There wasn't a single positive test for 2 months until they did a neutral site World Series. Funny how that works.

Manfred continues to come up with a worse idea than his previous one and it's quite frankly impressive. He's Goodell, Bettman, and Silver's best friend because no matter what he does he'll always make them look better. They probably have a group chat where he shoots out all of his ideas and they just encourage to go through with all of them. He's their puppet, their splinter cell, and my living nightmare.

Get rid of this clown and bring in anyone who wants this sport to thrive.