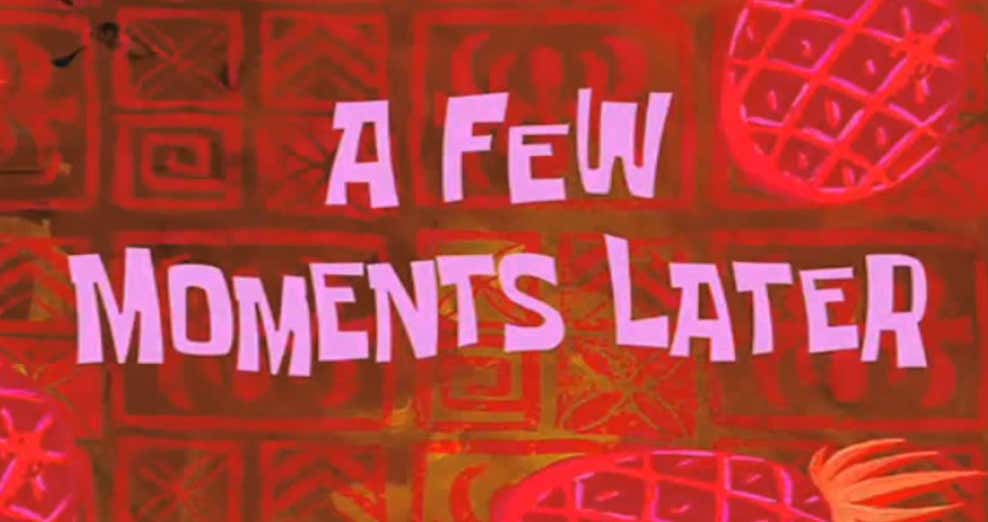 Well that's a god damn disaster if you're a Niners fan. Coming off a Super Bowl loss, the team only got better, especially with the addition of Trent Williams. And then Bosa went down. Then Solomon Thomas. The aforementioned Trent Williams missed a game. And now both Jimmy G and George Kittle might be out for the season.

First of all, shout out to George Kittle who is probably the best TE in the league right now, bar none. A delight to watch play and has been a great friend of Barstool for a while now.

At 4-4, this is their remaining schedule: 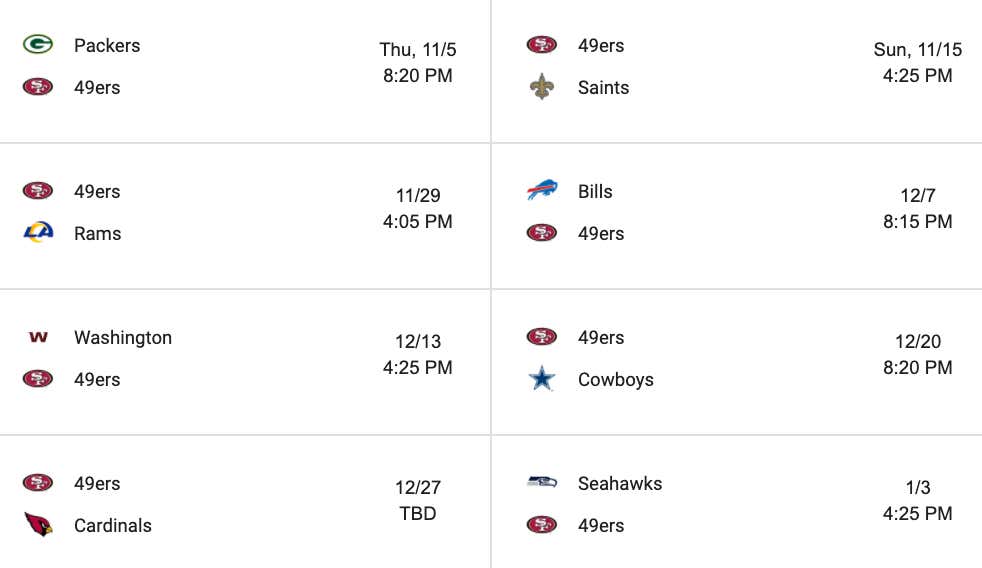 Burtal. Packers on a short week, Saints on the road, Rams on the road, Bills in prime time, the historically amazing, unbelievable, GOAT team Washington Football Team, an easy win in Dallas, and then Kyler and Russ back to back. Yikes. Now, maybe Nick Mullens turns into Tom Brady over night. But with a banged up Oline, no Kittle, and a very hit-or-miss defense (Gave up 37 to the Seahawks, 6 to the Patriots, and 43 to the Dolphins), do they…go full tank? Gain some draft capital, take your easy win vs the Cowboys, and finish 5-11? Then you get to come back next year fully healthy with an easier schedule and a higher draft pick.

I don't see any other choice. It's unfortunate but when your team rotates around Jimmy G to George Kittle, you can't do much about it.

And yes, I wanted to use this picture as the thumbnail, but I feel like I should retire that bit. It's still so fun though because there are always new people to get. It's like a whoopee cushion, you might think fart noises aren't funny, but then you slide a whoopee cushion onto someone's chair and it's a classic every time. You just title the blog "I Know Who The 49ers Should Bring In" and use this picture 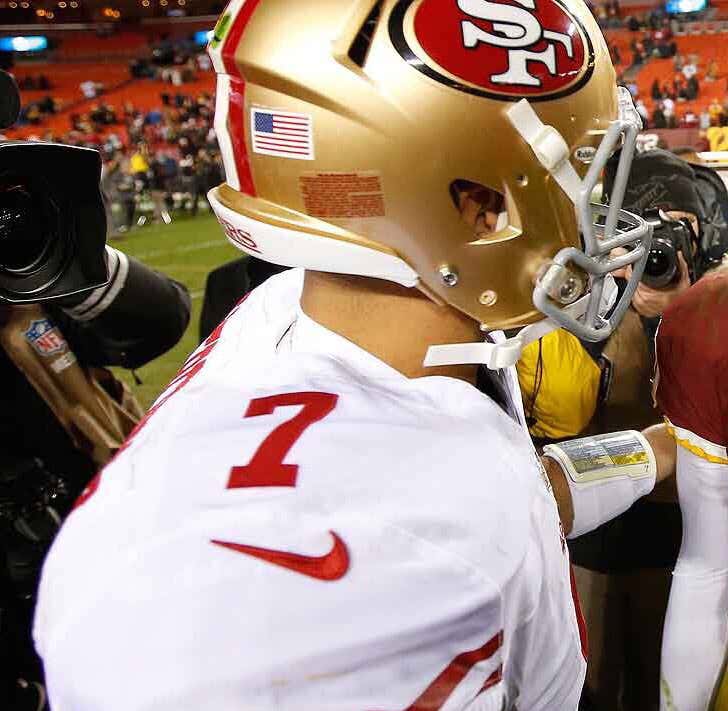 and people get big mad thinking I'm talking about Kaep but I'm really talking about RG3. That bit got Shaun King to block me on Twitter when he fell for it, one of the best moments of my career.

Kyle Shanahan and RG3 back together again? Doubt the Ravens would move him right now because he's a solid veteran backup on a Super Bowl contending team, but you never know. Now…as for the other guy…hmmmmmmmm. As they say, sometimes you've gotta go back to move forward…