As you may recall, our good pal Tasty Hoon had a bit of a snafu the other day when he attempted to put some cheese into a chocolate fountain to dip his deliciously crispy pieces of fried chicken into. The cheese wasn't nearly melted enough which eventually resulted in a string cheese spiral of death.

But when the going gets tough, the tough get going. So Tasty Hoon followed the sage words of the late great philosopher Chumbawamba and said, "I get knocked down, but I get up again, you ain't ever gonna keep me down". What he did next is a testament to his greatness, strength and resolve.

HE DID IT! VICTORY! REDEMPTION!

It wasn't easy. Nobody said it would be. And you could tell this man has experienced some cheese related trauma in his life before when he first turned the machine on. He was prepared for the worst. 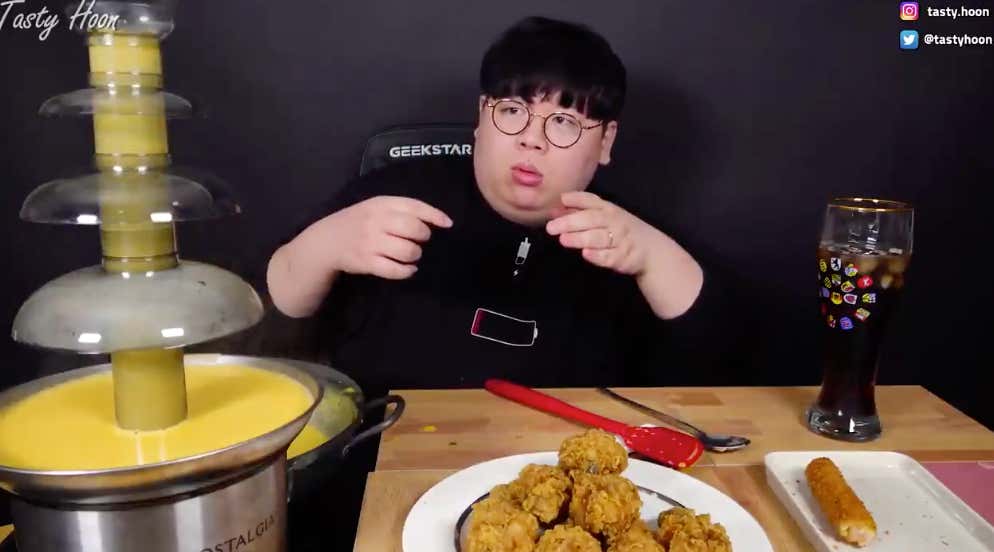 But when it finally worked? When that gooey goodness finally came pouring down from the heavens like a torrential downpour of melted cheddar?

Well it was all worth it for that moment right there. Some may say that it was even more delicious now that he got to wash the agonizing taste of defeat out of his mouth from the last attempt. In order to experience true love, first you must experience true heartbreak. And nobody knows a pure love of cheese fountains better than Tasty Hoon. What a story of triumph and perseverance.