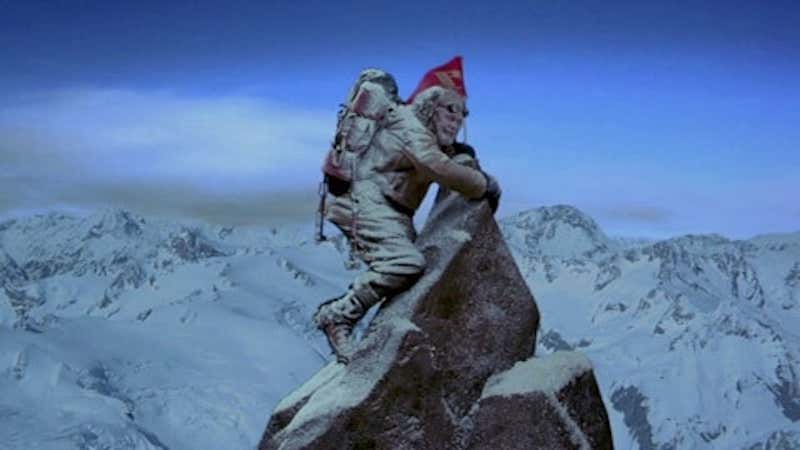 Source - It might sound like a dirty joke, but it is actually a thing. According to Srinath Varma, a passionate 26-year-old climber who spoke to Vice about this phenomenon, the entire blood flow slows down as you get higher on the mountain and the heart beats harder and faster.

When asked if he got a boner, he answered that he gets one after 4.500 meters. This phenomenon is not isolated and has a name: the airplane boner.

As the cabin pressure changes with altitude, the male penis becomes erect. The lower cabin pressure due to altitude then causes blood to flow directly to the boner region of the male anatomy. This situation is worsened if an attractive female is sitting next to him. However, screaming children on planes seem to lessen the severity of the swelling.

Climbing the Everest is a bit different than being on a plane, as the experience, we can only guess is more intense, we imagine the boner might be also more intense.

Here I was thinking that it was one of the most difficult feats a human could accomplish. But now it sounds like it's all just one big suck and fuck up there. Everybody walking around with a big ol' boner in their pants. Dudes trying to make their way to the top of the peak just trying to blame the design on their pants for being fully torqued.

Kind of takes a lot of the allure out of climbing the highest mountain in the world once you realize that base camp isn't the only spot where tents are getting pitched. And now looking back on this picture of an extremely overcrowded summit? 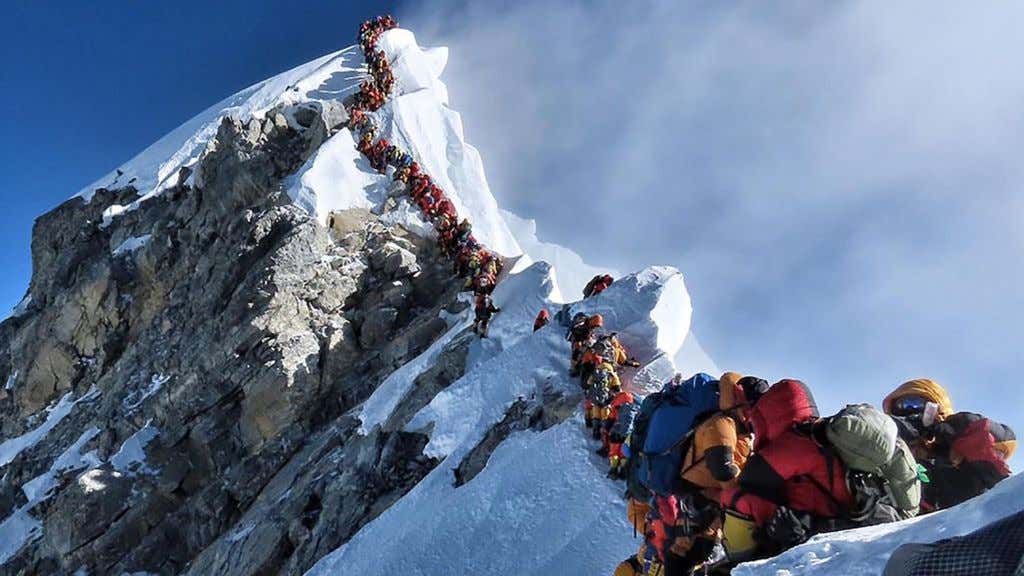 Can you imagine how many boners there are in this photo? Infinity boners. And all these folks are practically standing dick to butt here. Talk about a sticky situation. I just hope most of these people had the common courtesy to tuck it up into their waistband. Friggin' perverts.

I used to not want to climb Mt. Everest just because I thought the climbing would be too hard. Now?