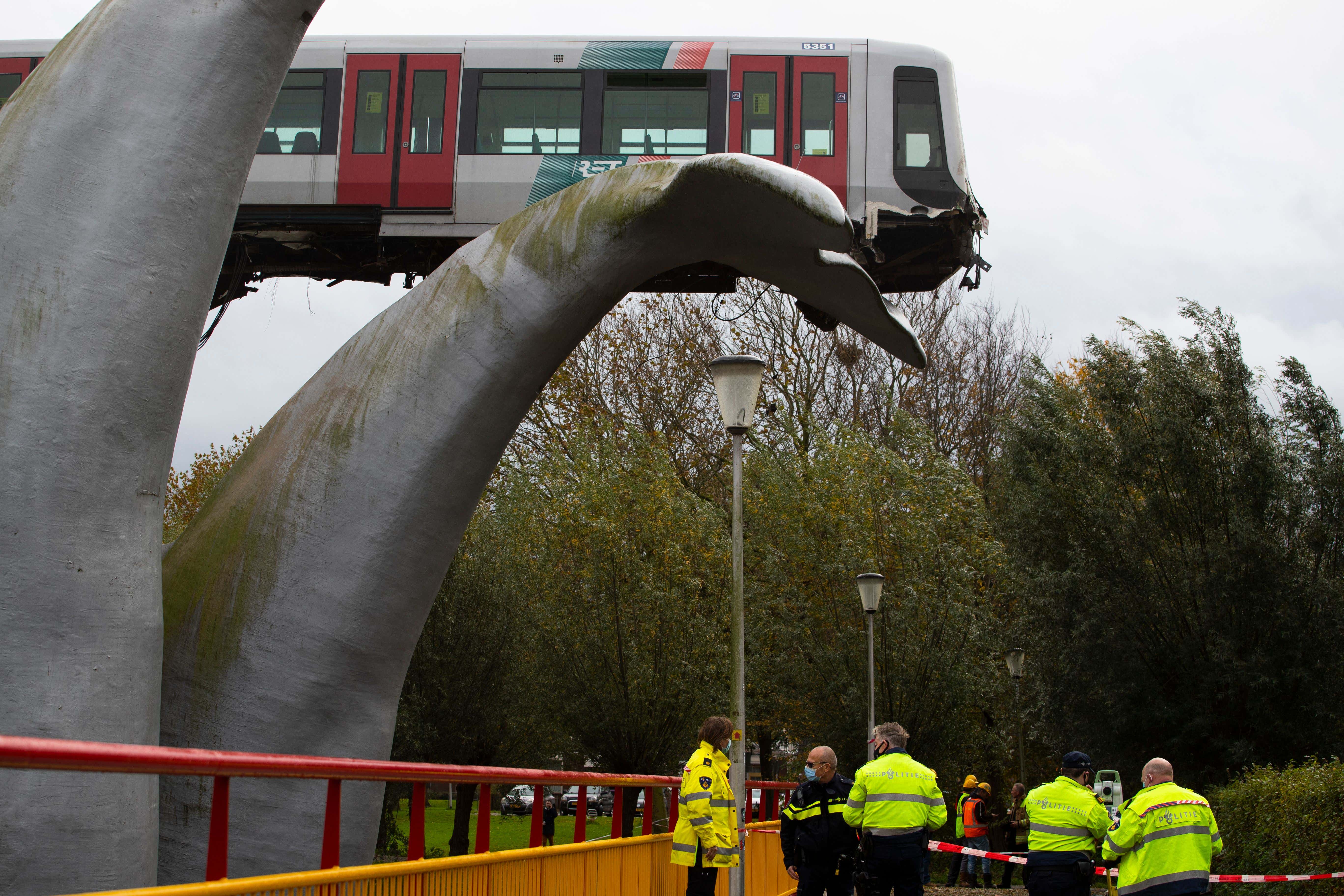 A metro train serving the town of Spijkenisse, near Rotterdam, has crashed through the barrier at the end of the track and only the sculpture of a whale has stopped it plummeting into the water below. The train is now suspended 10 metres above a footpath, thanks to the whale’s tail, and is likely to remain there for some time. ‘We are trying to decide how we can bring the train down in a careful and controlled manner,’ a local safety board spokesman told broadcaster NOS.

The sculpture Saved By a Whale’s Tail, is made of polyester and is the work of Maarten Struijs. The tails were placed in the water at the end of the metro tracks in 2002. ‘If the metro had driven into the other tail, I think it would have crashed through,’ Struijs told AD.nl. ‘Obviously it looks very poetic, but it’s a bonus that the train is being supported by the tail.’

HOLY SHIT BALLS! I know there's a foundation out there called 'Art Saves Lives' but I don't think they meant it this way. At first glance here I thought the piece of artwork included the train sitting atop the whale's tail, especially since the title of it is 'Saved by a Whale's Tail.' Nope, this train was on the verge of plummeting off the tracks and into the ground/water before it was caught by the fucking whale's tail. BUH-NAH-NUS. Huge day for all the sons out there who were told by their dads that their art degrees were a complete waste of time. Whichever artist had a hand making this structure is real life hero and nothing less.

The only person on the train was the driver so I hope he went home this morning and played the lottery. You just don't get luckier than this. I cannot get over these pictures.

Real talk, fire anyone and everyone who had a part in making the emergency barrier that this train zoomed past. As clutch as the whale's tail was, that's how useless that barrier is.