The history of hockey dates all the way back to Adam and Eve. As legend has it, these two beauties were walking through the forest. Eve-o asked Addsy if he could sauce her over an apple real quick. Adam snapped that apple over to Eve, tape-to-tape, and Eve went top bunk. Ferda. They cellied so hard that they ended up populating the entire planet.

Ever since that moment, one of life's greatest mysteries was whether or not it is possible to celly too hard. I mean there have been plenty of aggressively extra cellies throughout the years. You had Teemu Selanne shooting his glove out of the air.

You had Dave "Tiger" Williams riding his stick.

You had this headstand from the Australian league.

Aristotle once said "go hard or go home". But was it even possible to go too hard?

Bet that pigeon Aristotle didn't see that shit coming, now did he?

P.S. - Cameraman has been waiting his entire life to capture a moment like this. He was born to be in that exact spot at that exact moment. 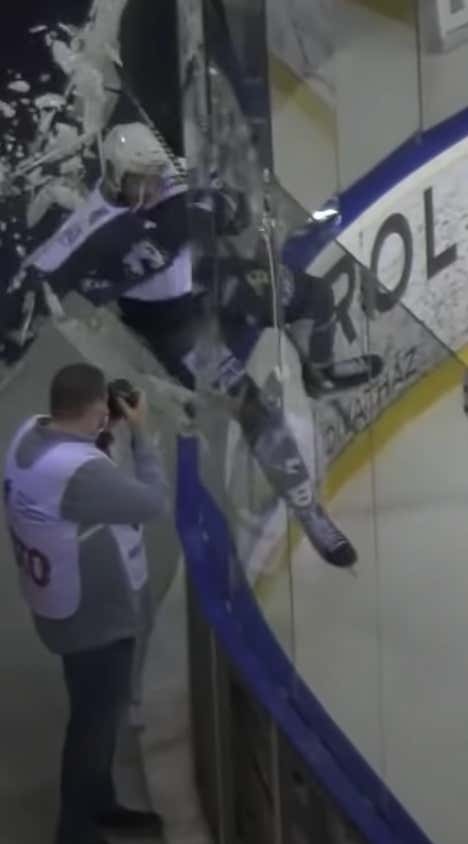