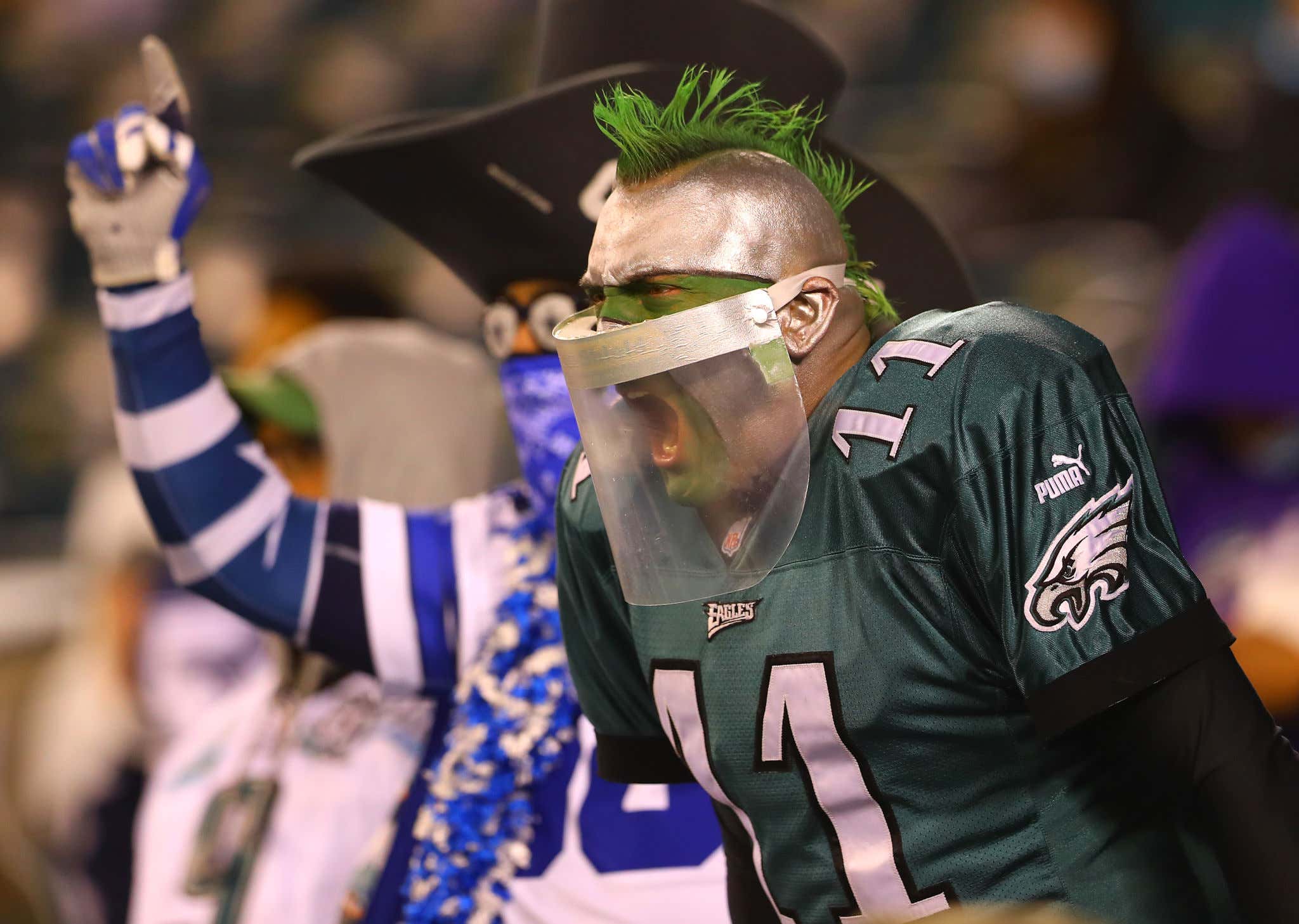 I was a much more naive and innocent man just 2 short weeks ago. At the time, I didn't know all the true horrors of the world. I didn't realize just how fundamentally screwed this godforsaken division was. I had the audacity to even ask the question, "What If The NFC East Just Sent An All-Star Team To The Playoffs?"

I had a sneaking suspicion back then that this "all-star" team would certainly struggle to win a game in the playoffs. But after watching the Eagles vs Giants on Thursday Night Football 2 weeks ago and then whatever the hell that Eagles vs Cowboys game was last night, I think we can all decisively agree that these sorry sacks of shit would get absolutely trounced no matter who they show up with and who they'd have to play. We're talking getting their dicks kicked in so hard it would be coming out the other side like a tail.

I was pretty certain back then that Carson Wentz would be the quarterback for said all-star team. Now I have no idea. Do you stick with Carson and have him turn the ball over 4 times in the first half? Do you go with Uncle Rico DiNucci and have him out there with the pocket presence of some tangled up iPhone earphones? Do you go with Daniel Jones who can't even run in a straight line without looking like he's getting picked off from the grassy knoll? Or maybe we can roll Alex Smith out there with his leg that is currently held together by a few handfuls of Dubble Bubble gum freshly smacked around in the mouth of Pete Carroll. And who would these idiots even throw the ball to? I had to Google "Amari Cooper injury" at least 4 separate times last night because I was certain he wasn't out on the field.

I can't believe we have 9 more weeks of this torturous hell. Go Birds.