I'm gonna Mr. Black my buddy Clem here and borrow his bit. But I stand by my statement. I'm opposed to store-bought, mask-based costumes for Halloween. Let me count the ways.

1. They're lazy as fuck. Mix in some creativity one time. Instead of schlepping to a big box store going on Prime to order an overseas-made mask that wouldn't pass inspection with this guy…

…try to recreate a TV or movie icon. 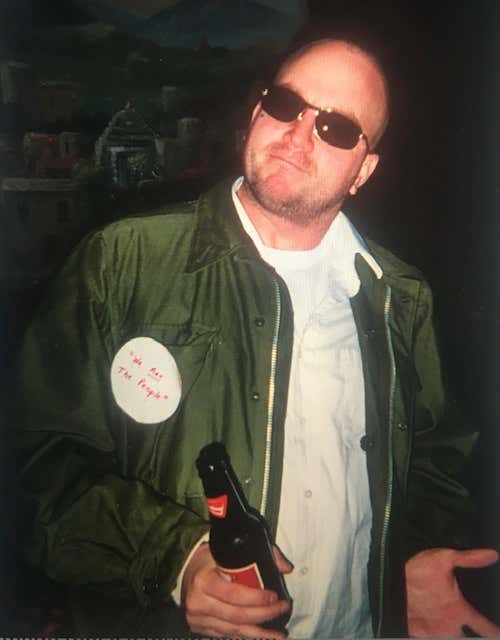 The unfortunate part of this developed photograph is that whoever who took it didn't account for my dark, real Mohawk against the dark background. But it wasn't actually my new haircut that sealed the deal on this best costume of the night (among males) wherever I ended up. My old man's army jacket was perfect. The homemade politicial sign added a do-it-yourself touch (read: effort). Target just happened to have the exact kind of shades I was looking for. A white shirt was tit. Everything was coming up Milhouse in my quest for the perfect costume based on this early, pivotal entry in the Scorsese oeuvre.

Yet something was still missing. I grabbed my old lady's brown mascara and pulled up a Google image of Bobby D. And with one dab of women's make-up below my right eye, I realized that DeNiro's mole was the key. It really pulled the costume together. Once that went on, I was ready to start defending 12-year-old hookers and getting politically involved. I also had a toy pistola on me because, duh, I was Travis Bickle. My only regret from this night (nights?) is that I didn't go to Olan Mills for a professional shoot. Because that year, my costume was Scottie Pippen and everyone else was Patrick Ewing.

2. Unless you're a real ugly MF, a mask takes away what might be your best asset(s) above the neck (i.e. eyes, lips, freckles, single dimple, overall face). If you got it, flaunt it. Or at least don't hide it with some trash-ass "Phantom of the Opera" shit.

This one from my 7-year college stint was also inspired by a classic film.

Being a broke-ass college student is no excuse either. In fact, we came up with our best shit at STATE. I spent $0 on this costume. I borrowed the Air Jesuses and bedsheet from friends. Already had the Gap shirt and brainwashing religious imagery. I picked some flowers in the wilds of North Adams, Massachusetts. Then the key to the costume---my boy Bowser shaving my head with clippers but making sure to leave a little on the top. 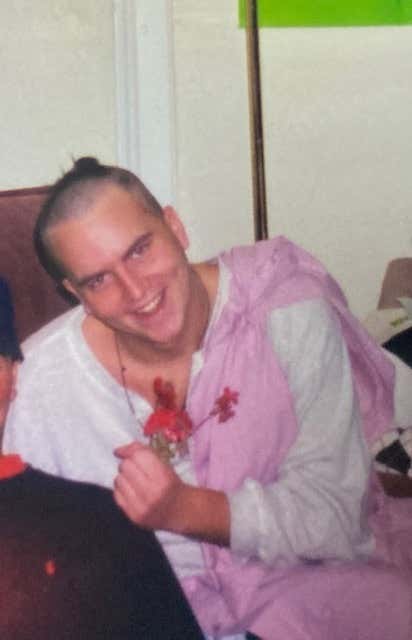 Boom. Instant 'Hare Krishna via AIRPLANE!'. Oh, and for the record, despite the 5-head, I was still sporting a pretty meaty Cobb Salad back then so it was no small sacrifice going with a whiffle while a Berkshires winter was looming. Lest we forget…

That same year, Halloween fell on either a Thursday, Friday, or Saturday. Which meant three nights of packed, fire code-skirtin' parties. But no way was I wearing the same costume for three straight nights.

3. A mask cramps your game. Good luck attracting women wearing a fucking wolfman mask, bruh. Plus, nobody looks good making out with a pulled-back mask at the top of their head like some half-assed Times Sq. Elmo. Just let yourself be free. And Bic that shit. 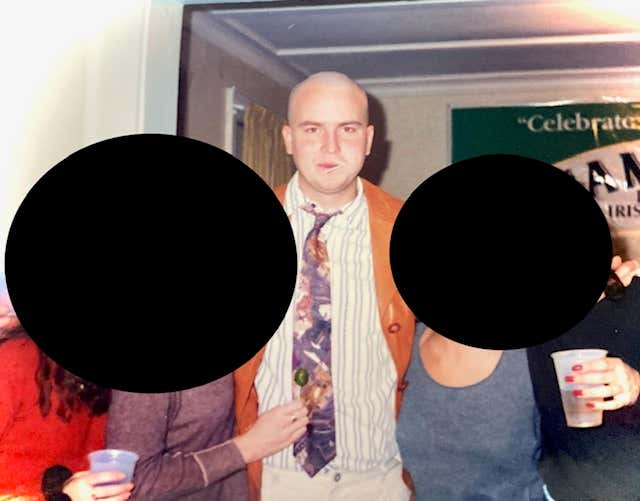 Another El Cheapo costume here. I think I spent a dime. I simply raided my roommate's closet. Not that any of us were high fashion kings on the 1990's Mohawk Trail. But this (still-beloved) roommate dressed like a divorced, '80s detective so his duds would be perfect for the second costume of the weekend. I honestly can't remember if the Reg Dunlop jacket was his as well but it was perfect for the era. So then I had Bows shave what was left on my melon with the clippers and I went down to the nub with a Gillette Mach II that fell off a truck (still have some left). Even so, the costume wasn't done. I had to spend that dime.

Much like the mole turned me into DeNiro, the lollipop turned me into an aggressively macho, Greek NYPD detective. And as I just found out a minute ago on YouTube, it did the same for Telly Savalas.

5. Masks aren't funny. Whether it's an expensive authentic Darth Vader costume (like Uncle Richie aka Tricky Dick rented one year) or one of those cheap-as-fuck, two-staples-and-an-elastic "Planet of the Apes" masks (like my poor-ass got handed down to me), masks aren't inherently funny. You're basically adding another layer to getting dressed that also makes it harder to breath and you're just showing off somebody else's work instead of your own.

You want people laughing at your costume like a bodega owner laughs when he reads "Not Labeled For Individual Sale". You want this… 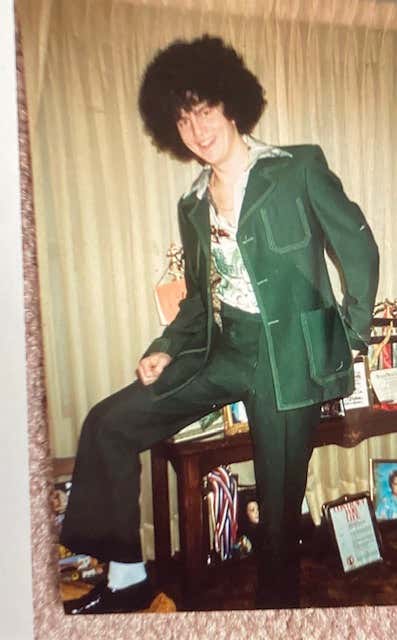 This isn't a movie or TV character or based on anything you know of. The aforementioned Uncle Tricky Dick was a clothes horse in the era when polyester reigned supreme and he hung onto all of his best shit. I would too if I pulled them off like this… 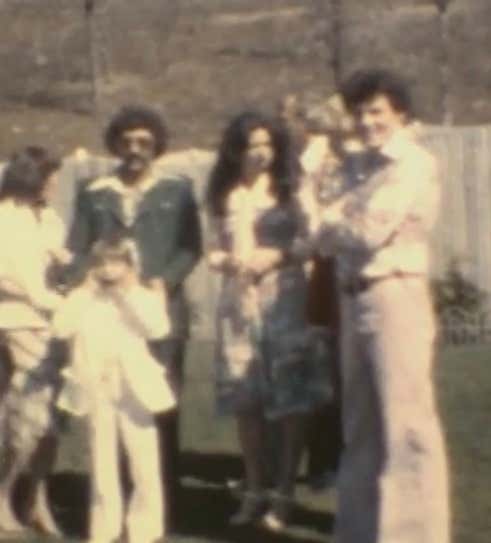 The man on the far right popularized a breakfast sandwich craze.

And I was lucky enough to get my hands on this 100% bona fide leisure suit with elevator shoes back in the early '90s because the pink one held more sentimental value to him. It fit like a glove.

But not only was it ideal for a Halloween party in a pinch, it also made trips to Cancun, Montreal, and a Captain's Dinner where people get dressed like it's the Oscars to shake hands with the guy who should be driving the boat.

Needless to say, the leisure suit killed. Every place. Every time.

Whatever you do for Halloween 2020, just leave the mask at home.