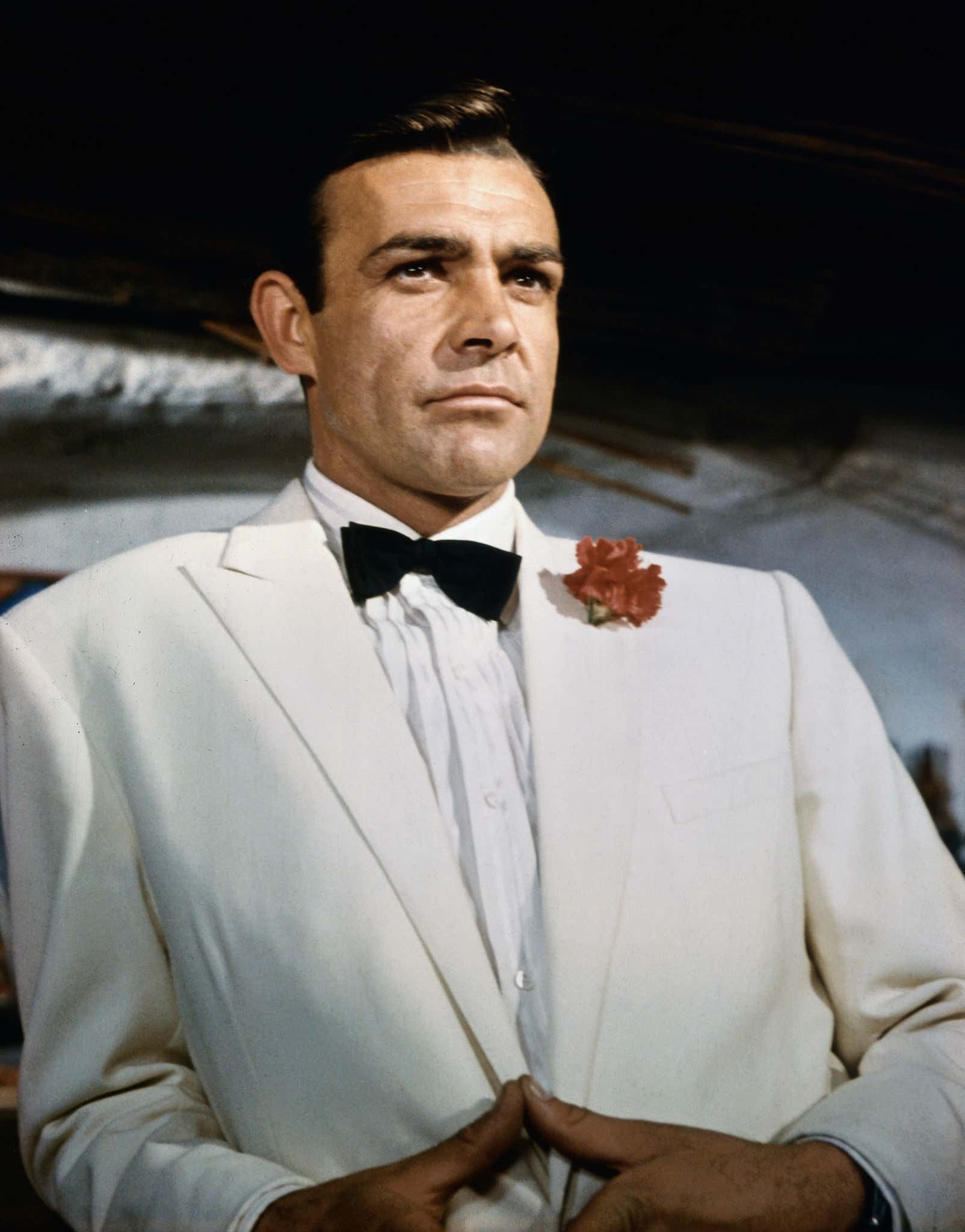 Some deaths are tragic. Some are merely the sad part of the circle of life. I'm a believer that we should mourn the former, and celebrate the latter. That's how I regard the passing of Sean Connery at the tender age of 90.

Of course Connery will always be remembered for his career making star turn playing James Bond in seven films over 21 years, from 1962's "Dr. No" to "Never Say Never Again" in 1983. He could've ridden that role into the ground and retired a wealthy and successful actor. Or he could've let the fact the public saw him as nothing else but Bond destroy his career. He did neither. Instead he walked away from 007. Twice in fact. The first time swearing it off after 1971's "Diamonds are Forever" before being coaxed back into it 12 years later for one more sequel (thus the inside jokey name of that last one).

The damn thing of it is, and I was saying this just recently, those old 007 films of his do not hold up. Undoubtedly they were cutting edge for their time. But rewatch them now through the prism of today's tastes and they can be a real slog. I mean, in "Goldfinger," which is generally considered the best of the bunch, the whole movie stops for about a 20 minute golf match that is decided when Bond discovers his arch enemy has been playing the wrong ball. Seriously. A moment that has all the drama of your friend going into the woods and saying "I found it! And I have a shot at the green!" when you know he just pulled one out if his pocket is a major plot point in an "action" film. Because the '60s.

But is still not in dispute is how incredibly charismatic Connery was in the role. The very personification of movie cool. That rare and indefinable characteristic that you just know when you see it. Always one step ahead of everyone else. Laughing in the face of danger. Drinking. Smoking. Getting laid. Getting double crossed by whoever laid him. Penetrating the impenetrable fortress. Thwarting the supervillain. Saving the world. Ending up with the morally dubious woman he should've been with all along. Never looking less than perfect while doing all of the above.

There hasn't been a male of the species who's grown up in the last 60 years who at some point didn't have a daydream about being Bond. Connery's Bond. Whether it was my son born in 2001 who went as him for Halloween when he was 10. Or me, when I was splayed out on the operating table under only local anesthetic with the doctor and nurse working on my vasectomy doing the, "Goldfingah? Do you really exshpect me to talk???" in a C- Connery voice. There's not a one of us who hasn't tried to channel his level of suave, no matter how impossible that is.

But after leaving the franchise, not only did 007 not dominate the rest of his career, it helped. Connery simply played variations of Bond in every other role. Which is to say, he talked and sounded like Sean Connery. That's a trick very few actors are able to pull off. It takes a rare quality. And bless him, he had it and brought it to every movie.

In no particular order:

I still can't decide if "Highlander" is a great bad movie or a terrible good movie. I just know that it is a cheesy, campy blast. And listening to him sound like himself playing a Spaniard named Ramirez is pure bliss.

Indiana Jones and the Last Crusade

Connery was just so … Connery in this one that he made you not even notice he's 12 years older than the actor who's supposed to be his son.

An Irish cop from Chicago who just happens to sound exactly like he grew up in Edinburgh, Scotland? You believe it when he's the bare knuckled, streetwise muscle of Elliot Ness' ragtag group of Feds trying to bring down Al Capone's empire. And the one guy who realizes what needs to be done and is willing to do whatever it takes. Except be corrupted like the rest of the Chicago PD.

Super spy. Super cop. Why not Super criminal mastermind who works with the government to thwart a bunch of paramilitary terrorists? I'll be honest, I could've picked any scene, but I picked this one because the hairstylist is Anthony Clark, who was a regular on the Boston stand up scene and was not only one of the funniest comics I've ever seen, he was always great to me. And kills it in this one.

This is one of my all time desert island movies. One I cannot help getting Shawshanked by any time I come across it. It's inescapable, even it if it's basic cable and I have to sit through commercials. One of the great action films of any kind ever filmed. And is Connery running at absolute Peak Connery. His Captain Marko Ramius has more imminently quotable lines than any character this side of John McLain. And were it any other actor, you can be certain he'd be doing the cartoony Teddy KGB Russian accent. He was the one star too big to bother. And he crushes it.

I'll be honest, I've never seen this one. And that is an oversight I have no intention of correcting because it looks so incredibly cringey. If anyone could've pulled off a Sci-Fi film where he runs around in thigh-highs with red bandoliers and diapers, it would be him. But no one could.

A few final facts about Sean Connery. One, he was offered the role of Gandalf in "Lord of the Rings" and turned it down because the story made no sense to him. Instead, he made "League of Extraordinary Gentleman," which was an artistic, critical and commercial disaster. So he decided he couldn't figure out the movie business any more and retired.

Finally, like me, he was born on August 25th. Which is proof positive there is something to astrology. RIP to a legend.