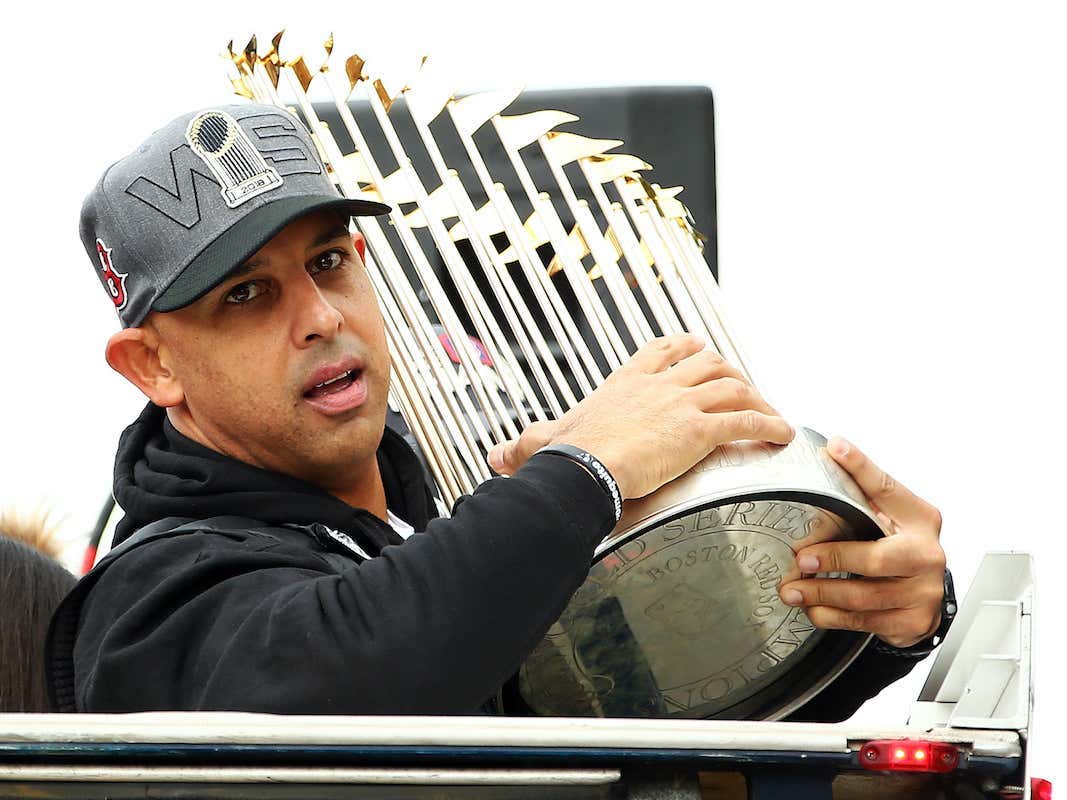 I'm gonna try to keep this short and sweet because you already know where I stand on this.

Alex Cora is not just the best candidate to manage the Boston Red Sox moving forward; he's the only candidate the Red Sox should be considering. Spare me the notion that Chaim Bloom wants his own guy. Bloom took the job at a time when Cora was already in place and very clearly the manager of this club for the foreseeable future. The owners love Cora, the executives love Cora, the players love Cora, and the fans that have a brain love Cora. If you have an issue with his involvement with what went down in Houston in 2017, I hear you. I do. But he did his time. Sat out a whole year for the mistakes he made in Houston. If there's any concern beyond the Houston scandal, the league investigation that took fucking forever concluded that he was involved in absolutely zero wrongdoing in Boston. Just didn't happen.

I said it on the new episode of Section 10 -- the only job I could've seen Cora being tempted to take was the White Sox opening and that was filled by a 76-year-old Tony La Russa. You wanna hold the Astros scandal over Cora's head? The Tigers already hired AJ Hinch to be their new manager. What's in the past is in the past. Everyone is moving on. Those involved paid their penance, unless you're one of the Astros players who skated like Michelle Kwan.

Cora's suspension concluded after the final out of the World Series was recorded, which was when the Red Sox could contact Cora again. And they did. Multiple times. If you're Bloom and your job is to find the best candidate to manage the Boston Red Sox, there is only one answer. He knows that. But they'll conduct their thorough search to make it seem like they explored all their options, which they certainly should be doing. They wouldn't be doing their job if they didn't do that.

But at the end of the day, you knew they weren't going to announce Cora as the new manager on day one. It wasn't going to be that easy. They're incredibly PR conscious, so they're going to go along with the facade that they considered other options and that they finally landed on Cora when in reality they knew he was the guy months ago.

And I know what the haters will say. Cora isn't enough to turn this team around. Well, yeah. No shit. Bloom has his work cut out for him to turn this last place team into a playoff contender again. But it starts at the top. It starts with Cora, and then we go.