Noah Syndergaard, you brilliant son of a bitch! I imagine the easiest way to cash in on some of that new Uncle Stevie money is to be extremely good at the sport of baseball, which Noah has done when healthy. However, next on that list is shitting (figuratively, maybe literally) on Stevie's enemies and Noah dropped a goddamn heater on the old owners' heads before their bodies even were cold. Reminding Steve Cohen that he was the inspiration for one of the most awesomely badass TV characters ever is third on that list, so I think it's safe to say after that statement, Noah has a nice fat paycheck coming from Flushing Meadows for a very long time regardless of how well he bounces back from Tommy John surgery.

Speaking of statements, our new Lord and savior made his official statement today 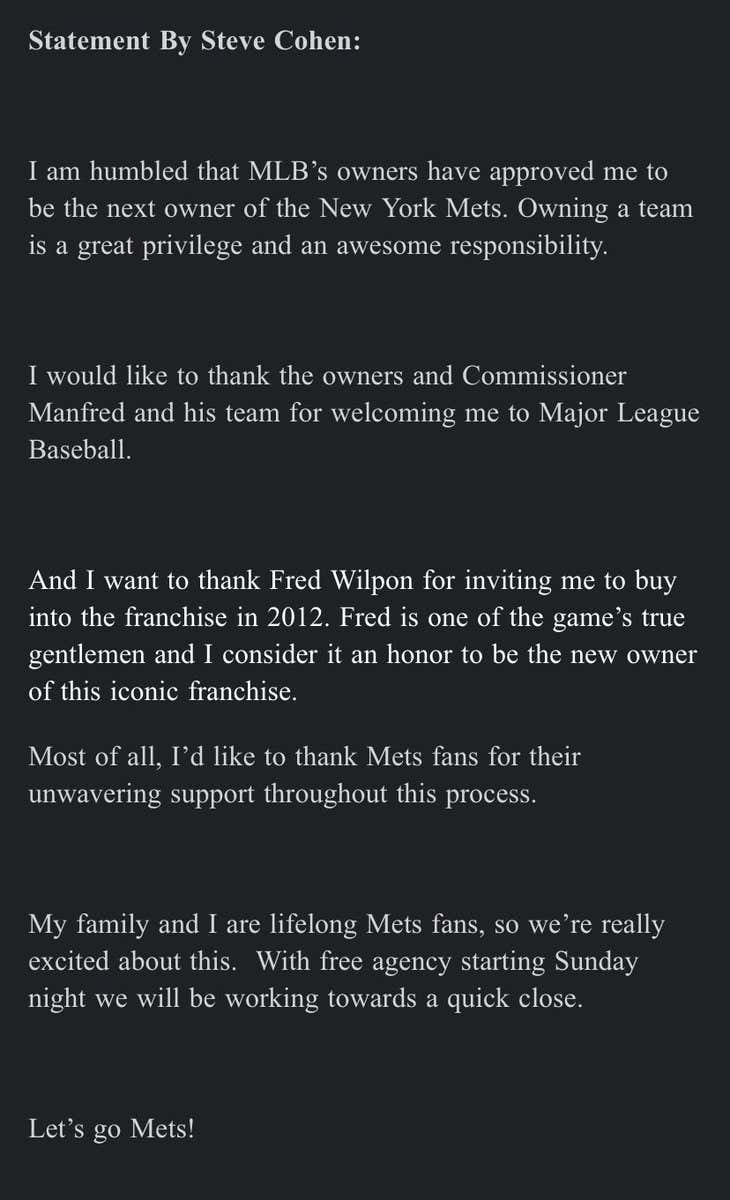 Classy, well done, didn't call someone the wrong name or fake kill anybody. So yeah, Steve Cohen is already a much better owner than Jeff Wilpon, who I am THRILLED was not mentioned anywhere in that statement.

This is is the day we've been waiting for Mets fans. Time to start dreaming about the hot stove, the Opening Day gala, and like as a true big market team with an owner richer than any other owner in baseball.