Dailymail - She was forced to prove that she had five toes in a bizarre video last month.

Though Kim thoroughly debunked the existence of a sixth digit last month, that did not stop fans from launching into a fully fledged debate on social media - sparked by a photo of the star walking in flip-flops.

'WHY IS KIM HAVING SIX TOES IN ONE OF THESE PICS NOT TRENDING,' wrote one Twitter user, who was clearly in shock over the matter.

In the photo posted to her Instagram on Tuesday, Kim can be seen strutting down an outdoor pathway with her BFF La La Anthony, 39.

The KKW Beauty founder happened to be wearing a pair of flip flops in the photo that put the faux toe on full display.

Many of the comments left on Twitter and Instagram served the purpose of finding out just how many others 'noticed she [had] six toes' in the picture.

One sympathetic Instagram user wondered why anyone would even 'care' if Kardashian happened to actually be 'polydactyl,' which is when someone is born with more than the usual number of fingers or toes.

'Certainly looks like 6 toes to me. So, she's polydactyl; who cares?' they wrote.

A fan of Kardashian's noted that 'the one thing [they] will defend kim k on' is her 'wide feet that make it look like she has six toes.'

The commenter added: 'It's the one thing we have in common.'

(Let me preface this and save you from telling me what I already know... This is headline is rock bottom in my brief blogging career.)

Feet and toes is all the rage on the twitter the past 24 hours.

And for good reason. Look at this! 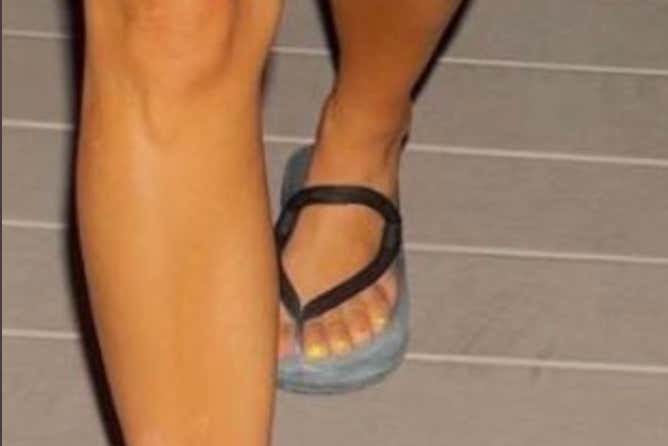 (Sidebar- anytime somebody asks me what I want for Christmas or my birthday I give them one thing and one thing only. It used to be two things by my sister somehow came through a few years ago and delivered on The Man and the Dogs painting from Goodfellas.

I don't need anything. I'm a simple guy I have everything I need. Except one thing. The one thing I need is "The Book Of Freaks" from Curb Your Enthusiasm. Then my life is complete)

I mean if you can look at that picture and tell me you only count 5 toes then I'll have a glass of whatever you're drinking. 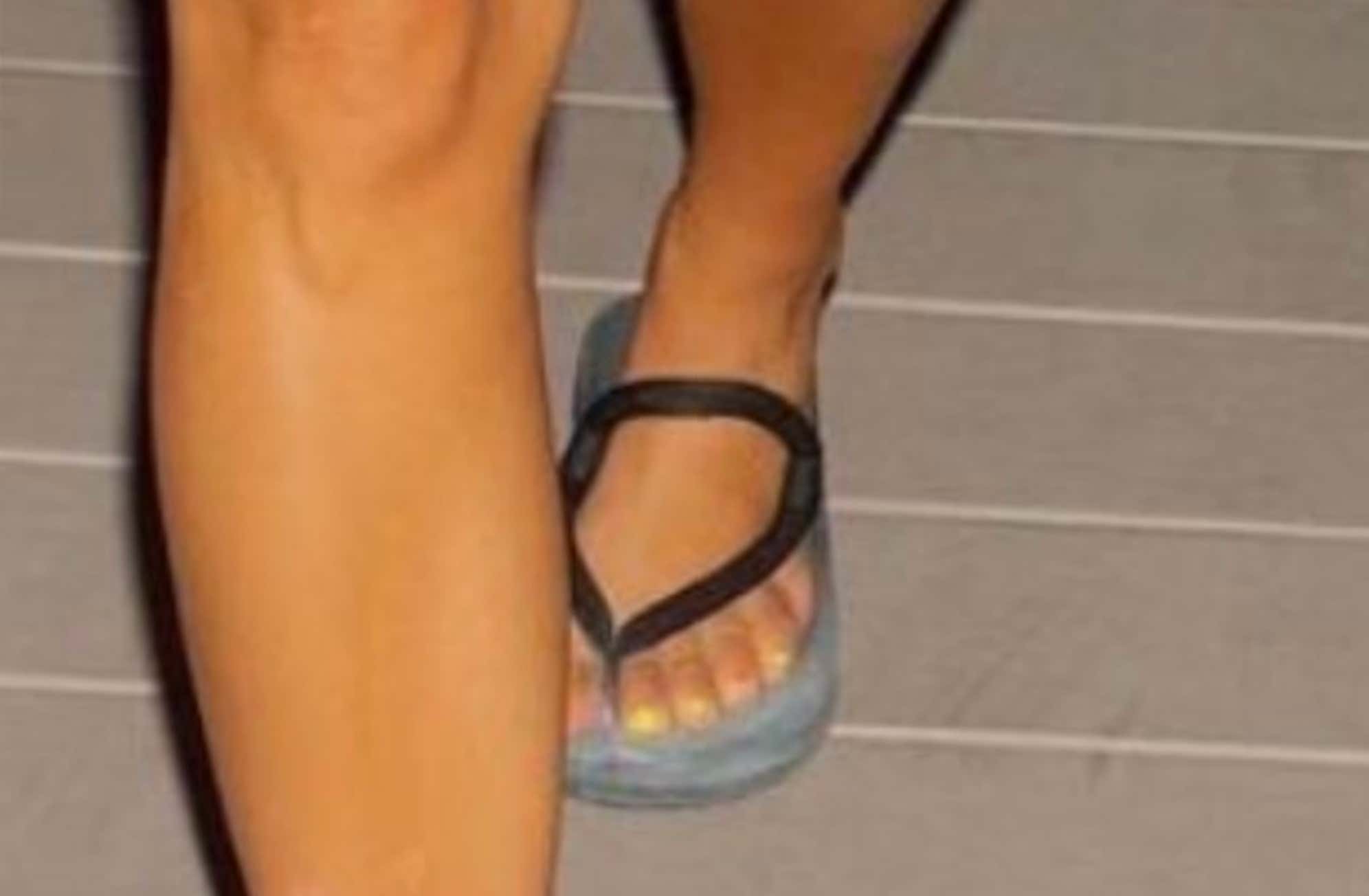 Don't care how many videos you make telling the world otherwise.

In the videos, shared on September 9, Kardashian called the theory she has an extra toe 'really wild.'

'Everyone thinks that I have six toes, and it's really wild,' she said while filming her foot.

After counting her toes, noting there are only five, she pointed out it is part of the side and bottom of her foot that when pushed down in an open toed shoe can look like an extra foot digit.

'But it's this, part of my foot, that when I wear a shoe just like this it like smashes down right here and in a picture,' Kim said. 'I don't know why, it looks like a sixth toe.'

She captioned the video, 'very baffling.'

(WARNING - THIS VIDEO MIGHT GET SOME OF YOU HORNED UP)

Never really understood the foot fetish thing but to each their own. Not gonna knock somebody for what gets their rocks off.