Confession, I recently relapsed on Haulover Inlet videos. I haven't blogged one in over two months, but then I saw this video and I couldn't help myself...

Just an absolute dunk  by a man who clearly bit off more than he could chew in terms of boating. For those of you who don't know, here's some background on what the Haulover Inlet is and why it's so dangerous:

Baker's Haulover Inlet is a man-made channel in Miami-Dade County, Florida connecting the northern end of Biscayne Bay with the Atlantic Ocean, at coordinates 25°53′59″N 80°07′26″W. The inlet was cut in 1925 through a narrow point in the sand between the cities of Bal Harbour and Sunny Isles.

Why is it so dangerous?

When swell tries to funnel into the inlet, particularly against an outgoing current, it can form dangerous standing waves. Standing waves seem to stay in place as the current meets the incoming sea, sometimes tumbling over on themselves. Often they span the channel.

Sometimes the most dangerous element in the Haulover Inlet is fellow boaters. Be aware of traffic around you, the inlet gets crowded and gets busy, often under poor conditions. If there is too much traffic, don't be in a big hurry to join the fray.

Who should attempt to pass Haulover Inlet?

Of more than 60 inlets in Florida, Bakers Haulover Inlet is one that requires clear local knowledge or just plain avoidance, say local captains?

And here's the play by play of the woman getting dunked. I thought she was going to make it until I saw the second picture… 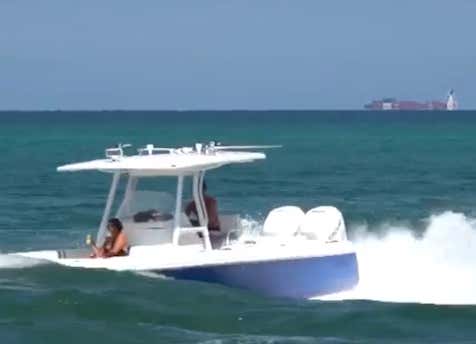 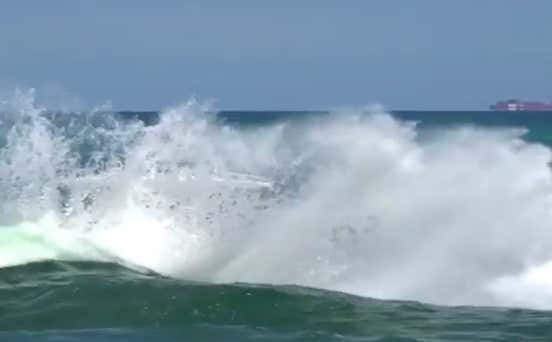 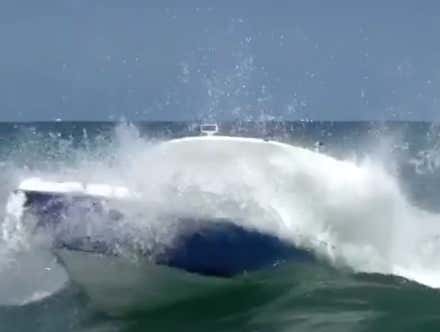 ^^There's no coming back from that. It's got to be terrifying too. Imagine going full speed directly into a wave without any time to prepare? What a nightmare.

The crazy part about the Haulover is that boats get tossed around all the time. Look at these clips…

It's usually the old timers in the small boats that navigate it best too. You know what they say- the nicer to boat, the worse the driver. Alright, I think I satisfied my boating blog quota for the next couple of months. On to the next one!