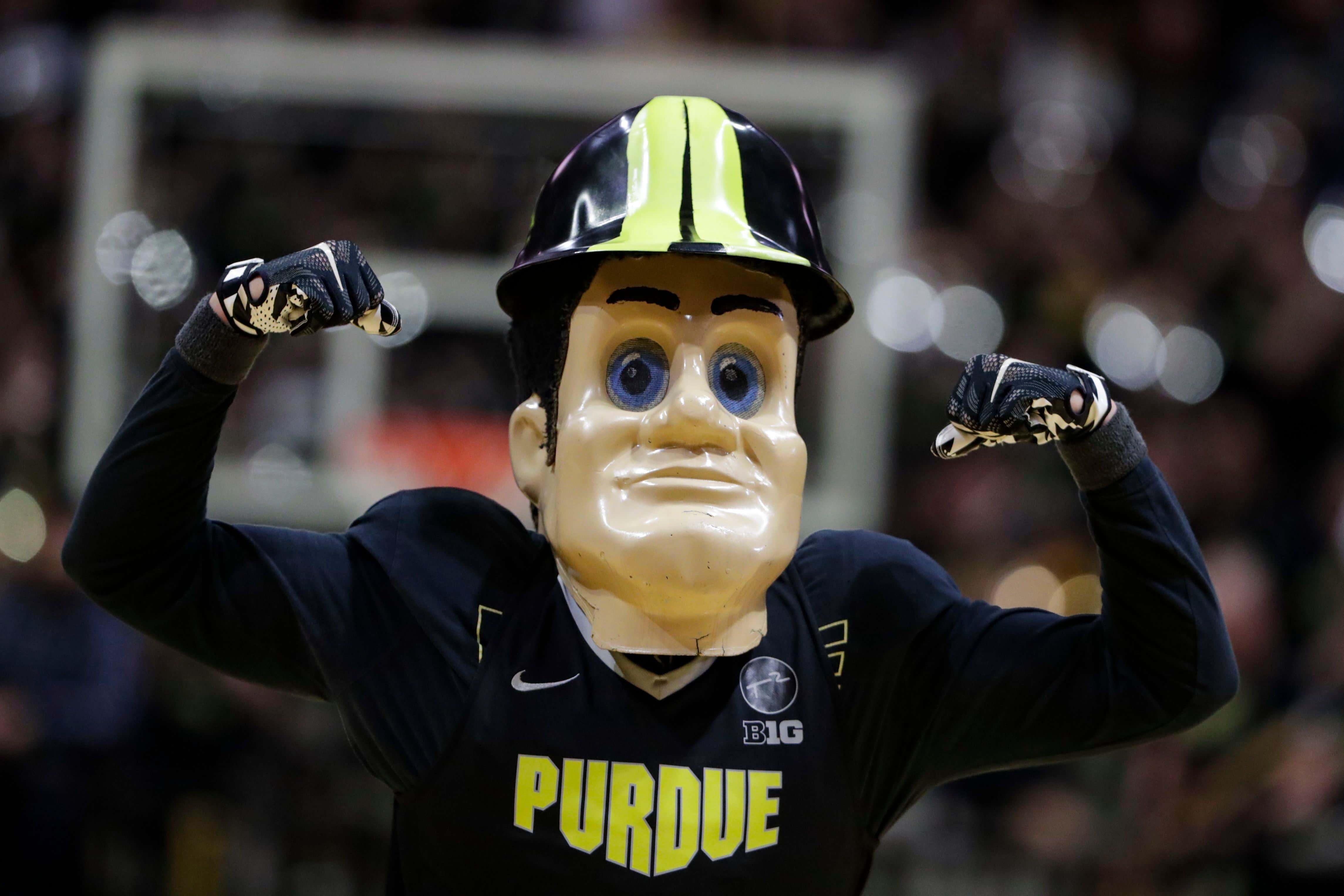 One of the weirdest mascots in college sports is Purdue Pete.

The jaw on that guy is insanity. Looks like it's a character from some dystopian future.

As I'm writing this blog I have realized that I don't even know the significance behind Purdue Pete. According to Wikipedia, it was created by the university bookstore? What a lame reason to have your mascot be what it is. At least the guy behind their mascot kind of rocks:

SOURCE-Joseph Desmond, a senior in the Krannert School of Management and Purdue Pete, was arrested on multiple charges at McDonald’s at 605 W. Stadium Ave around 2 a.m. Oct. 11, according to a probable cause affidavit filed today.

The WLPD officer was advised that two men were allegedly fighting in the parking lot, and one hit the other with his vehicle.

The officer reported that he “was immediately met by the overwhelming odor of an alcoholic beverage” on Desmond’s breath, and that the student reportedly had watery eyes and slurred speech.

That's just Purdue Pete for ya. Getting into fights in the parking lot of a McDonalds at 2 AM. Wouldn't want it any other way.