This ought to tickle your funny bone!

A homeowner in Richmond brought all of her skeletons out of the closet and put them in her yard as Halloween decorations.

The savage skeletons are stripping down to their bare bones for the ultimate holiday shindig.

There's even a bouncer to keep the riff-raff out.

Angela Nava's "Candy Strippers at the Candy Shop" display is bringing all the good ghouls and boys to the yard.

Her HOA considers the display to be a bit distasteful, but according to the letter she received, Nava can keep the Candy Shop running through Halloween.

Ha. Fucking hilarious. I would totally get a lap dance from this skeleton and you're lying to yourself if you are saying you wouldn't: 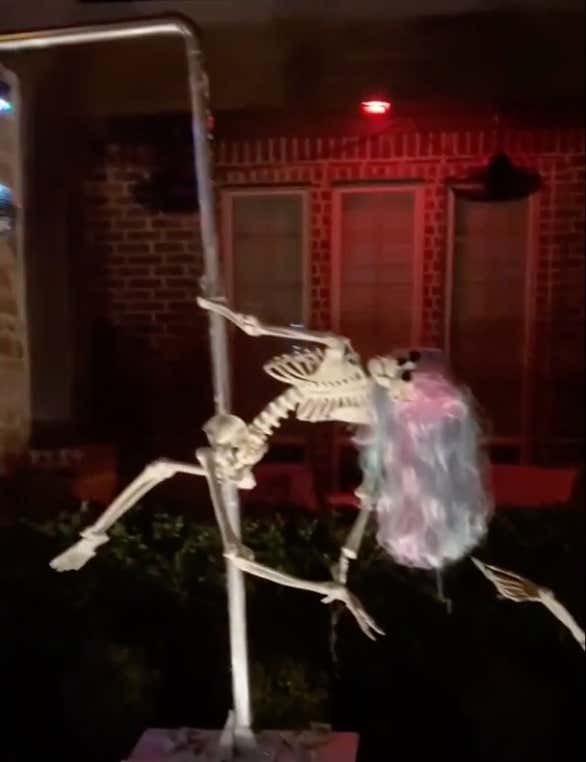 When she was alive, I bet this skeleton had tits that were out of this world and an ass that would break your dick off.

Just don't pull a Carl and get too handsy with her or you'll have to answer to this guy:

And that's exactly why none of us should be surprised when Carl here gets dismembered by him: 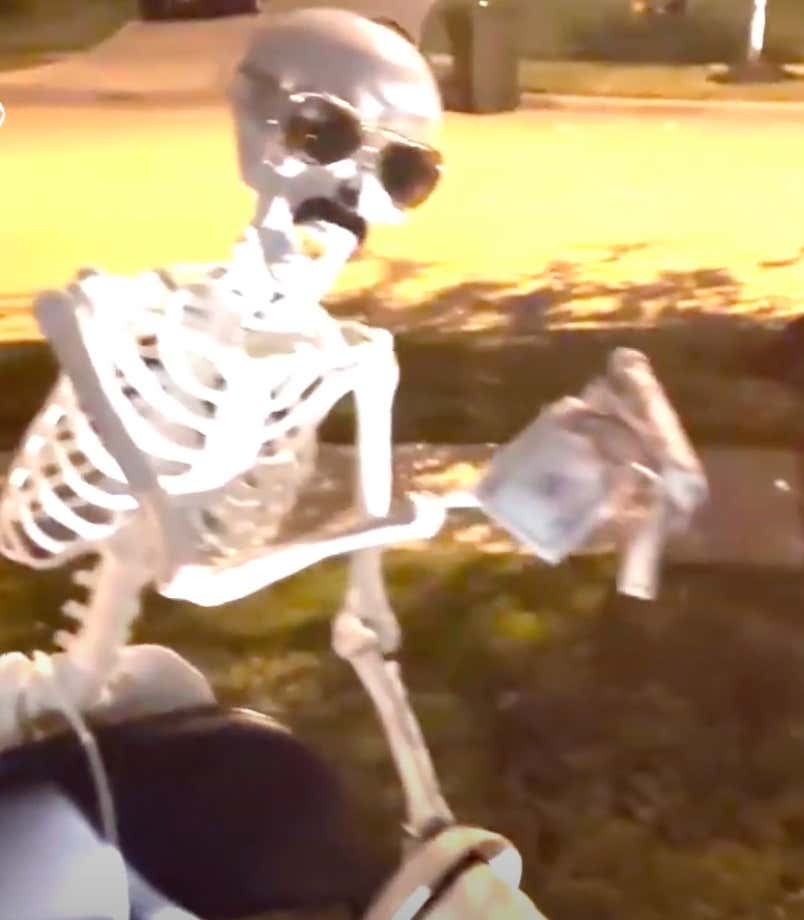 Ha. Such a Carl move. Guarantee Carl got way too drunk at this front yard strip club and obnoxiously hit on one of the strippers before getting his face caved in by the 6'3", pissed off greaseball Italian bouncer. Sure, Carl would just say he has some fake "guy" to make the situation all better (prolly a lawyer buddy of his) before getting pummeled, but everybody knows knowing "guys" rarely ever works. Not unless it's for plumbing needs.

But we're not here to talk about Carl and all of the guys he has on retainer that can get him out of trouble with 6'3" pissed off, Italian greaseball bouncers at strip clubs. We're here to pay homage to the Richmond, Texas HOA that said they wouldn't force the lady who built this (hilarious) halloween strip club in her front yard. Typically in 2020 the No Fun Police would emerge victorious in a situation like this; but not on Richmond, Texas' watch. Shout out to you guys - thank you for being a beacon of light in a time when we all need it.

PS - I went to a strip club like a month ago for the first time since I was like 22 years old in Vegas. It was a bachelor party and it was the most "open" bar I've been to since Corona has begun. Really good time - Polekatz is a fine establishment. Anyways I went there, got obliterated drunk and yada yada yada now I have coronavirus. There's no correlation between the two but thought it was a nice reminder of how much fun we used to be allowed to have with bars and strip clubs and stuff like that. Not anymore though, not under Gov. Pritzker and Mayor Lightfoot's watches!!