Now that another World Series in the books and another Chevy fully loaded with Technology & Stuff™ has been given away to a World Series MVP, it is time that we remember our sweet baby boy Rikk Wilde's performance for the ages on the biggest stage for Chevy Regional Zone Managers. An internet moment that will not only live in infamy because we realized it was a perfect 10 of unintentional comedy as it was happening but also because it was maybe the last time the entire internet enjoyed something together as one. Madison Bumgarner keeping a straight face during Rikk's speech may be the most clutch thing MadBum has ever done in his illustrious career considering even Bud Selig's brain was twisted into a pretzel by our Chevy Gawd's breathless breakdown of the Chevy Colorado straight from his cue cards despite Buddy boy knowing his way around the industry as a former used car salesman. 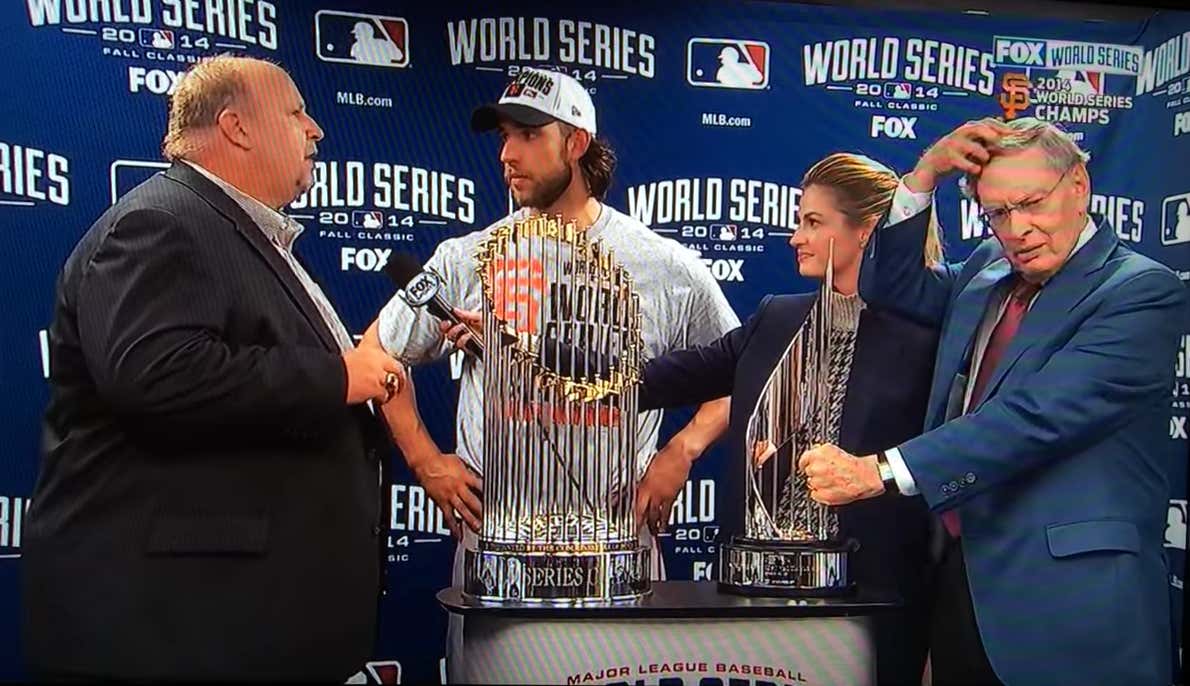 After my one millionth rewatch of this video, I am officially absolving everyone from any blame for this mayhem because everyone was doomed to fail from the beginning. Rikk clearly got flustered at the though of not only being on millions of TV screens but also Erin Andrews flubbing his name. Erin gets a pass because seeing the name Rikk Wilde on a card would cause anybody's brain to go into freak mode. And Bud Selig had roughly 4385942092 more embarrassing moments as a commissioner while his replacement has more than a little bit of Rikk Wilde's public speaking ability in him.