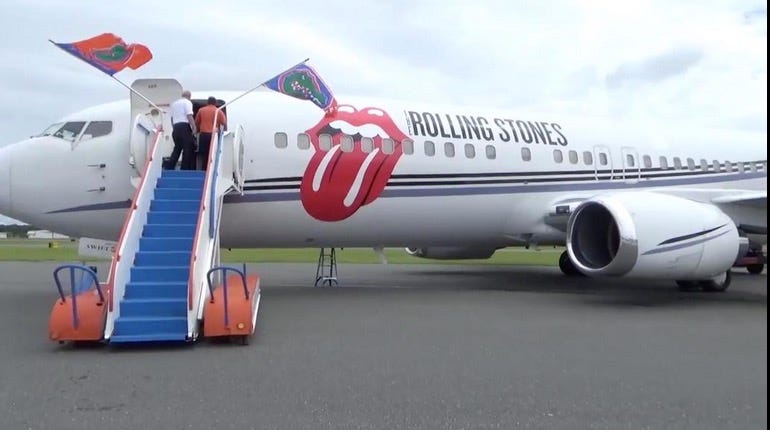 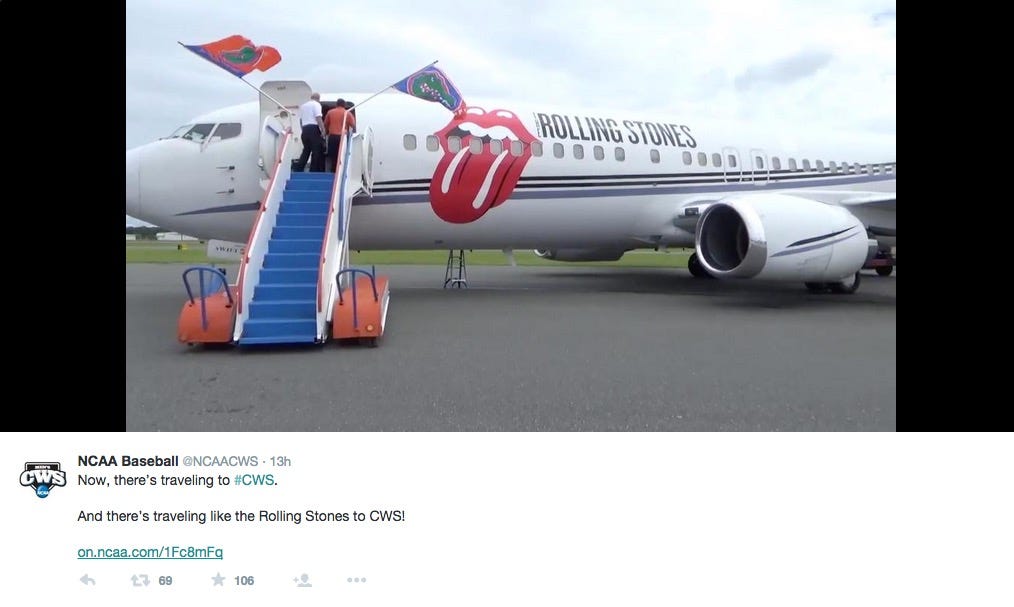 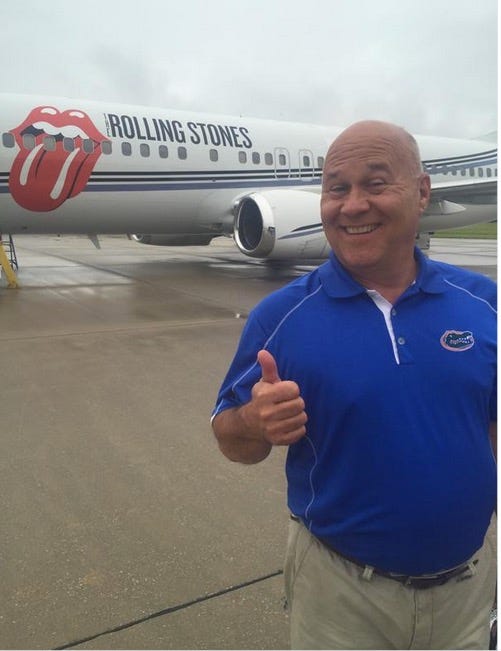 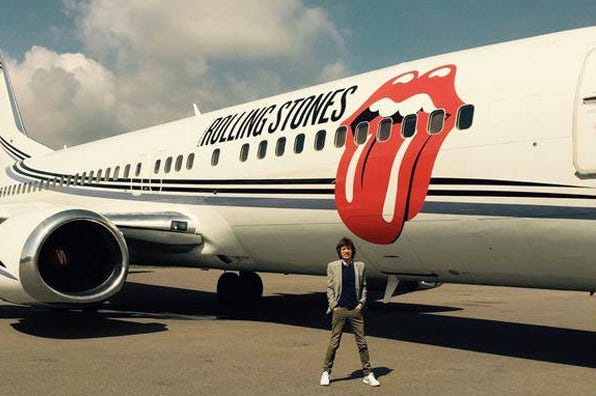 Orlando Sentinel - Red-hot slugger J.J. Schwarz and the Florida Gators baseball team are a pretty big deal these days and enter the College World Series favorites to win it all.

Even so, rock star status seemed to quite a ways off – until Thursday.

The Gators’ arrived to Gainesville Regional Airport for their flight to Omaha and soon were greeted by famous tongue and lip logo of the Rolling Stones.

The iconic image first appeared on the cover of the 1971 album “Sticky Fingers” and has been identified with the band ever since. These days, it appears on the side of the plane the band uses when touring.

Since the band was not using the plane Thursday during its current tour, the Gators ended up on the Stones’ Boeing 737-400 for the team’s trip to Nebraska.

Only way it could have been better is if Mick was the co pilot and Keith was in the cabin doing hard drugs with everybody to calm their nerves.

2) Sympathy for the Devil