The title of this blog may be confusing for a number of the younger and less-hip readers, so I will give you a tiny bit of background on the name that I bastardized on the header for a cheap joke.

Back in the day, when there were only two genders and MTV had not yet discovered the genius of Ridiculousness and Teen Mom, a band named Lisa Lisa and Cult Jam were popular for about 45 minutes.

The lead singer was a chesty Puerto Rican and I believe the backup band (the aforementioned Cult Jam) was just a handful of muscular black guys with Jheri Curls.

So that hopefully gives you some background to the title, and now onto the blog…

I’ve written about this before, but the situation has changed dramatically, so my apologies for the initial redundancy.

Bloggers rely on Google Images for a fair amount of pictures that they embed within their blogs.

I use it quite a bit… Even if I simply need a picture of myself because it is easier to rip a picture of me that’s already been posted somewhere else than to format and drop a picture from my phone into a piece of content.

And there was a time not too long ago when I would conduct a Google Image Search of the words “Large Barstool” and all of the results would either be advertisements for actual stools that were built to accommodate the morbidly obese or pictures of Dan.

And rightfully so… The algorithm for a global search engine should realize that the words “Large” and “Barstool” are probably being searched by pub owners with a fat clientele OR fans of Big Cat.

However, something changed about a week, or so, ago, and that same image search (for Large Barstool) now results almost exclusively in pictures of me… And still quite a few reinforced stools.

Maybe after the PENN deal, our advertising team bumped content provider pics to the top of the search.

Perhaps Google resets their algorithm every so often and the latest reset just happened to cue in on my history.

Either way, it has changed, and I guess I am happy about it. But to be 100% honest, I kinda liked complaining to Dan about how unfair it is that his stardom adds to the anonymity of everyone else in the firm.

Plus, it’s odd to have so many pictures of me pop up in such a vast search engine… Feels like my privacy is almost being invaded, but apparently that is the life I have chosen to live, and my visibility is minuscule compared to the media giants I share an office with.

Why am I telling you this?… Maybe as a humble brag that I made it to the “the show” of internet images?

Nope… That’s not it at all.

Last week I hosted Twisted History again… I enjoy doing the podcast, and maybe I promote it too much on the blog, but I really don’t care.

This past week’s topic was The Twisted History of Larry Flynt and the-very-pregnant Barstool Kate was nice enough to host with me.

You see, I knew that Lisa's cinematic tour de force, Who's Nailin' Paylin?, was a Hustler Video production, so I thought she may have had some intimate interactions with the man himself… And I was right.

I won't get into it too much because Lisa tells multiple Flynt stories on the podcast a LOT better than how I would type them here… Including the story where Larry insisted she dye her hair blond for the cover of Hustler's holiday issue in 1994.

Lisa refused but they were able to come to a common ground with Lisa posing as a brunette, BUT with a cartoonish snowman standing between her legs with his carrot nose aimed directly at her undercarriage. 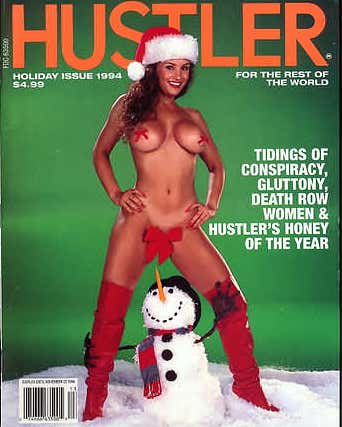 (this explains the thumbnail and the title)

SO now the podcast has been released and a couple of days later, my wife went to promote it on social media (she runs the Twisted account).

And, in order to find a picture to correspond with the pod, she did a simple image search of "Larry Flynt and Lisa Ann", and the images came flying at her. 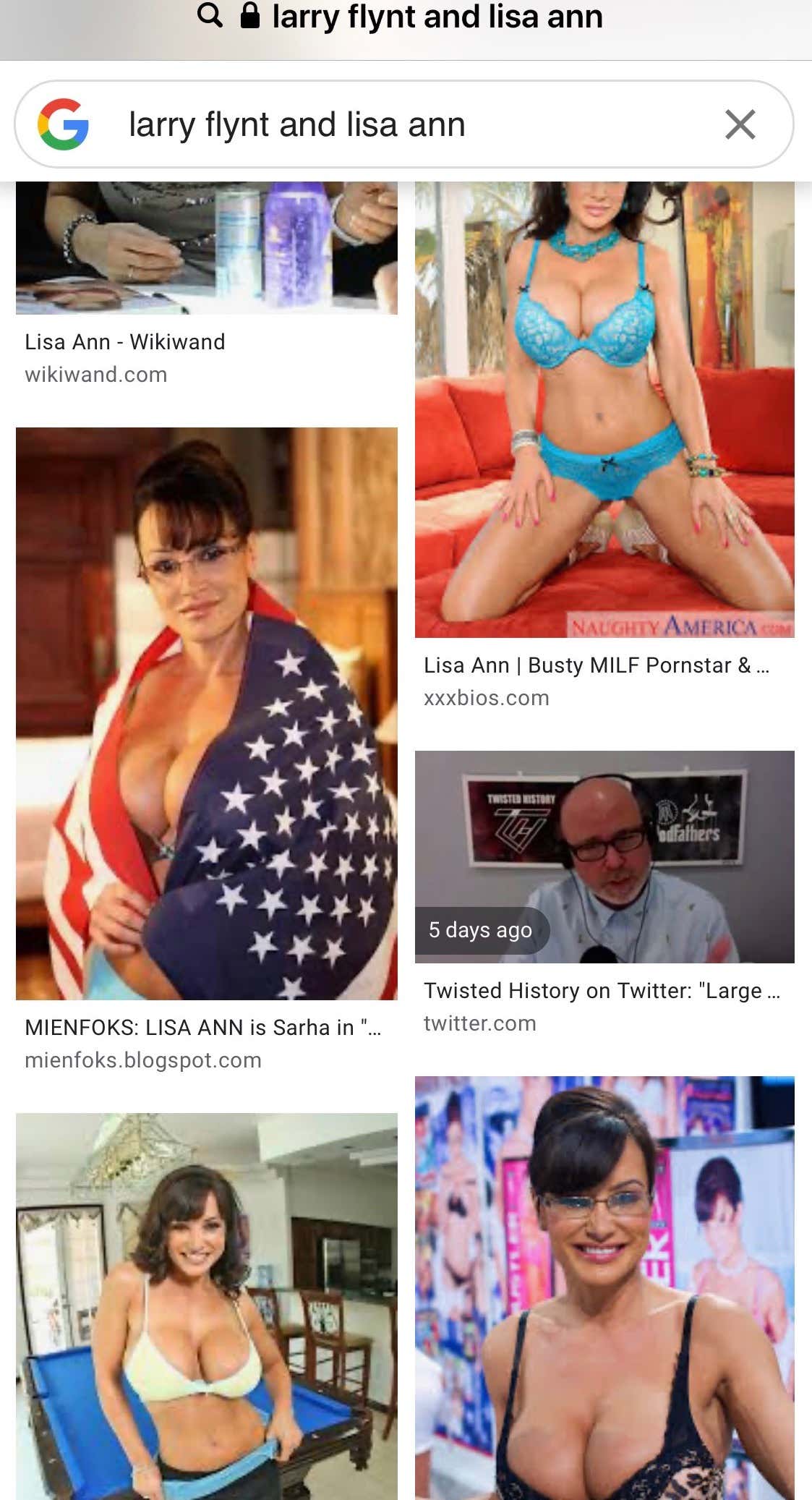 That's obviously me in the middle right column… Buried amongst a gaggle of breasts.

And do you know who's not on that page?…

When my wife saw this, she immediately sent me the link because she knew I would get a kick out of it, and I opened it while on the sideline of an AAU game for my oldest kid.

I was so tickled by the fact I was thrown into this page of debauchery, I instantly turned and showed my phone to another dad, who was a socially acceptable 6 feet away from me on the outdoor bleachers.

We both had a laugh, I commented on how happy I am at Barstool, and we went back to watching the game.

As the game ended, the team mom approached us to inform us that the venue for the second game of that day's triple-header had been moved.  And when she went to give us the new address, I had asked her to give me one second to open Google Maps, so I could plug in the new destination.

I blurted out an uncomfortable, "Hey now!… How'd that get there?", and then fumbled to open up Waze, but I could see that the damage was done.

She quickly gave me the new address and then backed away from me slowly will zippering up her sweatshirt to hide any semblance of skin.

So… Negatives?  If I wasn't before, I am now the town pervert.

Positives?… I never get asked to carpool.

And that's a win in my book.

Thanks, Lisa… And take a report.

And Lisa also has a new podcast…