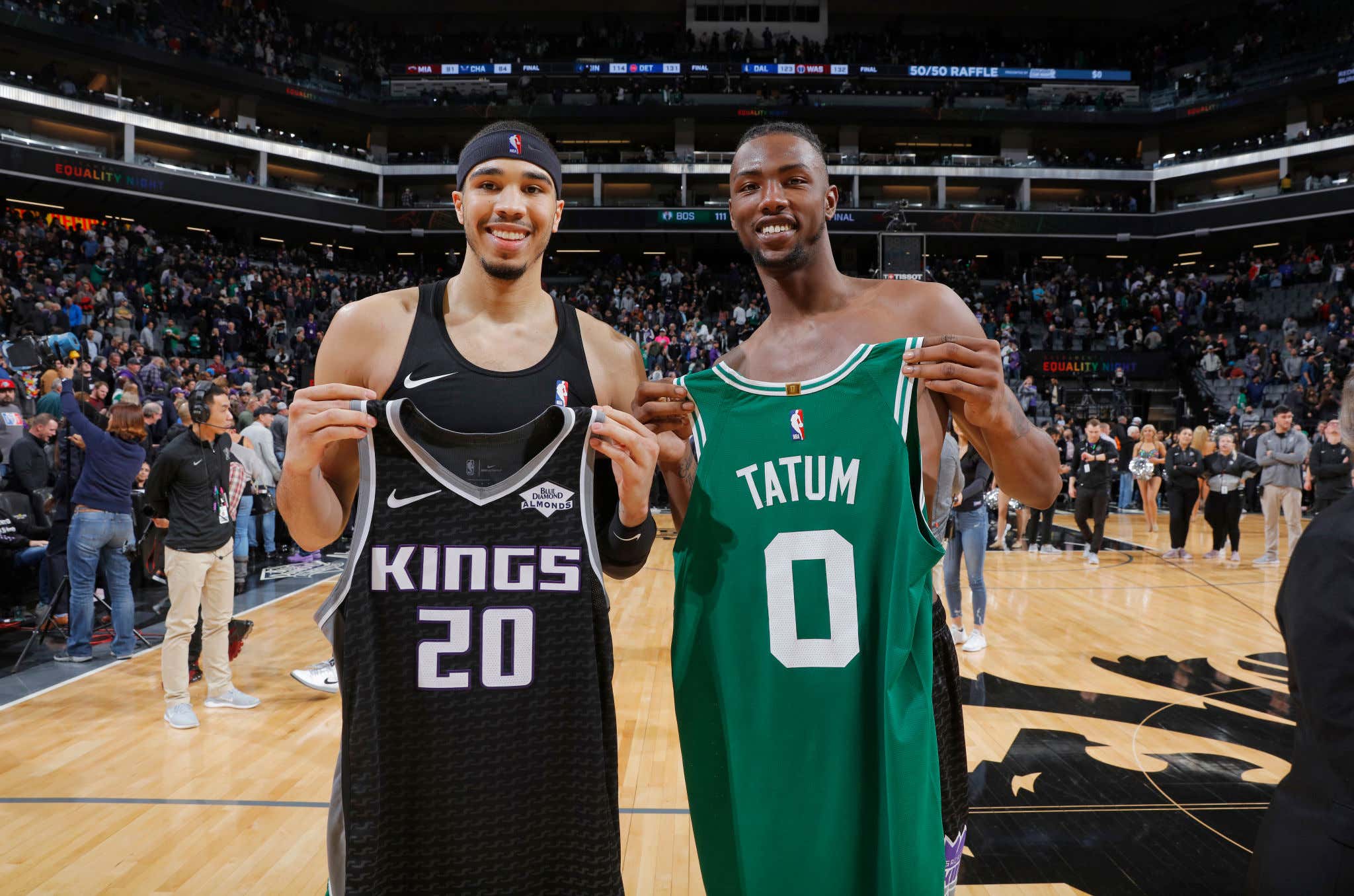 It's important that you set life goals for yourself. Growing up, I never really knew what my life goal was. I don't think I even had a goal until I was 16 and I walked ASU's campus for the first time during my Spring Break. Then it became "just find a way to pass your classes and this will be your life". Then in the post college world, I had a goal of somehow finding a way to get out of cube life, one way or another. I didn't know that it would eventually be Barstool, but I'm sure glad it was. Point is, when you set your expectations very low I've found it's very easy to obtain your goals. So far I'm an undefeated 2 for 2. Well now I'm ready for a challenge. I'm ready to put my perfect record on the line.

I will not rest until Harry Giles is a member of the Boston Celtics.

How do I plan on doing that? Well, I'm not entirely sure. I'm more of a general ideas guy, and right now all I can think of is just putting it out into the universe. Everyone knows a huge part of every NBA offseason is speaking things you want your favorite team to do into existence, so that's where I'm starting. Harry Giles to the Celtics for the 2020-21 season. Do with that what you will universe.

The reason? Allow me to explain.

1. He's basically the best friend of your franchise player

This might as be the most important reason. Jayson Tatum and Harry Giles go way back. It is very important that Danny Ainge makes moves that keep his star player happy. I cannot think of anything that would bring more joy to Tatum's life than getting to be teammates with his best friend.

2. He fills a need and won't most likely won't cost a ton.

This is also very important. Giles is an UFA after the Kings decided to not pick up his option. Given his injury history, he's not going to command a huge price tag on the open market. Considering the Celts cap situation, they need to find as many cheap options with high potential as possible. Giles fits both of those things. Maybe he'd be willing to sign for the minimum or some sort of team friendly deal that would also allow Ainge to use part of his MLE to keep adding pieces. With Kanter's future up in the air, Rob Williams getting inconsistent minute, backup big men are most likely going to be an area of need for next year.

3. When he's been healthy, Giles has been pretty damn good.

I know it's a huuuuuuuuuuuge "if", but if Giles can truly put his injury history in the rearview mirror, there is a lot to like when it comes to his skillset.

When it comes to Giles' production, everything is obviously a small sample. Things are still very much an unknown. But his Per36s were 17/10 on 55% shooting. He had a 25% DREB percentage last season. That seems like something Ainge should be interested in. His 2.6% BLK% is also pretty nice. For comparison, Tatum's was 2.3% and it felt like he blocked everything this season.

In terms of Giles could potentially fit based on how the Celts play, he's not really a three point shooting big, but he did put up 1.11 points per possession on 58% shooting as the roll man in P&R. You're not asking him to carry you, he just needs to defend his position and give you some production on the second unit. I don't see why that couldn't happen.

If there is one thing Danny Ainge loves more than you love your own family, it's bringing in players that were highly touted as high school players but for one reason or another fell in the draft. Harry Giles was the #1 recruit in his class before his injuries. In that 2016 class it went Giles, Josh Jackson, Tatum, Lonzo, Bam, De'Aaron Fox, Fultz, etc. Injuries obviously are the reason Giles fell, which is no different than someone like Avery Bradley or Romeo. Ainge LOVES this type of player. It almost makes too much sense.

Everyone knows 2K never lies. Giles was a free agent, I scooped him up, and he filled his role perfectly. Wasn't much of an offensive talent but the man was a beast on the glass and it just so happened Tatum had his first MVP season. Coincidence? I think not.

I don't know what else I even need to say. In an offseason where the Celts are going to need to take some fliers and hope something sticks, I don't see an option better than Giles at the moment on the free agent market. It's a low risk, high reward move. From everything we've seen it feels like he's ready for a new home, and I will not rest until that home becomes in Boston.