I gotta say, if you had told me that THIS guy would be making waves on the internet for partying at a club.

I would've called you a liar. But 2020 has been the strangest year in all of our lives, so my little lamb Daniel becoming Club Dan in the middle of a pandemic would be less surprising during this revolution around the sun, even if it would still be a 9/10 twist straight out of M. Night Shyamalan's twisted brain.

But we have to take these allegations seriously on the simple basis that this video is trending, which means these players' fates have already been sealed in millions of minds even though a video with NOBODY wearing a mask seems very odd.

In the internet cancel justice system, coronavirus based offenses are considered especially heinous. In New York City, the dedicated detectives who investigate these vicious felonies are members of an elite squad known as the Covid Victims Unit. These are their stories. As is the case with all internet investigations done here at Barstool Sports, everyone is innocent until proven guilty because the chance that a piece of content was made for clout or clicks or a little slice of internet fame. After all, it is currently #TrickOrTreatSZN (Do people still use SZN? You know what, that's not important).

Obviously Daniel Jones spending his dimes and time at a club after a loss during a pandemic would be a surprise, and not a welcome one! I took the wife out for our 10 year anniversary last week, which was our first dinner inside since Rona started running wild, and it was wild just how regimented everything was in terms of masks and distancing and all that mumbo jumbo. There were also people drinking at the bar because life isn't coming to a full stop during this pandemic. But that's just what I experienced. To be clear, my boss has admitted to having coronavirus at least once and thinks he may have had it, I don't know a dozen times? However, Daniel's boss is slightly more of a disciplinarian than my boss and he also works for a league where partying without masks could result in punishment.

In addition to Danny, we have Saquon Barkley not only placed at the club but also riding a bicycle. I am lucky enough to have never torn my ACL, but I imagine riding a bike when your ACL is in tatters would be rather painful. I am waiting to hear back from my Torn ACL source on how much it would hurt.

I'm still waiting to hear back from Jordie but I did get two replies so far.

I'm not sure what shoveling snow by hand in a cat entails, but it has to be about as fun as running a million laps for your coach because you broke pandemic protocols.

Another strike against Saquon is that people are saying he was wearing that red jacket/sweater while watching Thursday night's game from the stands. I haven't seen any evidence of that, but it would be another piece of evidence for the plaintiffs, which is just angry people on the internet I suppose. However, anybody who owns clothes knows that you like certain clothes more than others and your favorite clothes that you love the most can become franchise players in your wardrobe, no matter how many millions of dollars you have. And as someone whose franchise shirt is a red sweatshirt, I can attest to red sweatshirts being an ELITE sweatshirt color that are simply warmer and more comfortable than any other sweatshirt color. 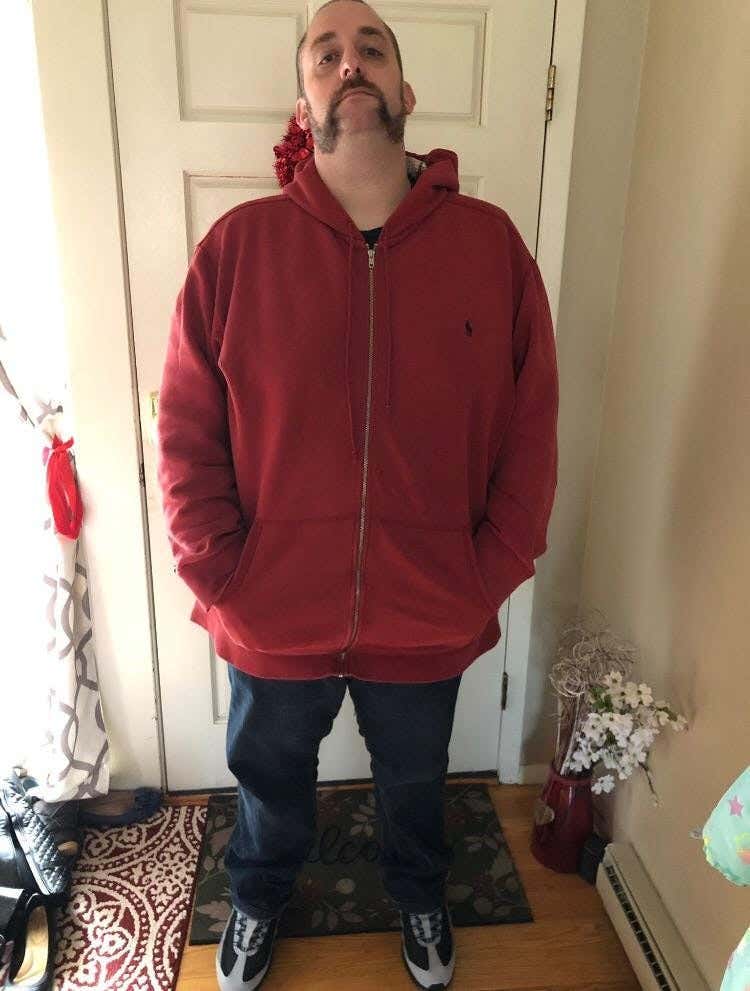 So maybe Saquon has been wearing that red sweatshirt every time he knows he's going out and going to see people. Or maybe he wasn't wearing the same shirt at all!

The internet sleuths also have connected these dots saying two of the people in the video are Giants rookies, which admittedly would be a HELL of a coincidence for a video shot in 2019 considering those two guys that were on the Ohio State Buckeyes at this time last year.

However, let's remember that someone pointing out people on MS Paint doesn't make it true, no matter how much we want it to be true. 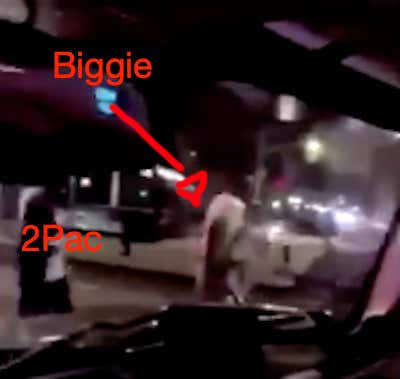 Finally, any Giant showing happiness while being anywhere near the song "Dreams and Nightmares" after losing to the Eagles in Philly would deserve some sort of fine from the team.

The Defense's key witness, DJ Lugghead himself, has come out and stated this is all a bunch of malarkey.

If you can't trust a guy named DJ Lugghead with a face like this, who can you trust? 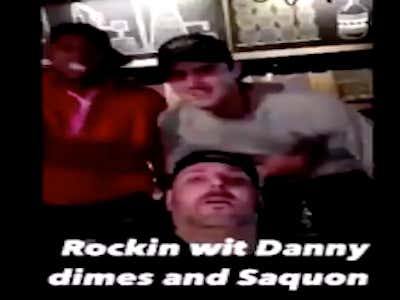 Also Acceptable: "Hey guys, big fan. Can you take off your masks for this selfie since nobody knows if you are smiling when you are wearing a mask? We can all pinkie promise, without touching pinkies, not to breathe for 2 seconds, then go back to socially distancing with masks on. There's a whole tub of Purell right here too

People who have much more experience with Instagram says that this could be a throwback Instagram Story that was just republished by someone with the nefarious intent to piss off the few Giants fans who aren't blaming Daniel Jones for everything wrong with their team and their lives (Me being one of them) and the club where this all allegedly took place isn't exactly hosting bangers these days, because again we are in the middle of a fucking pandemic. 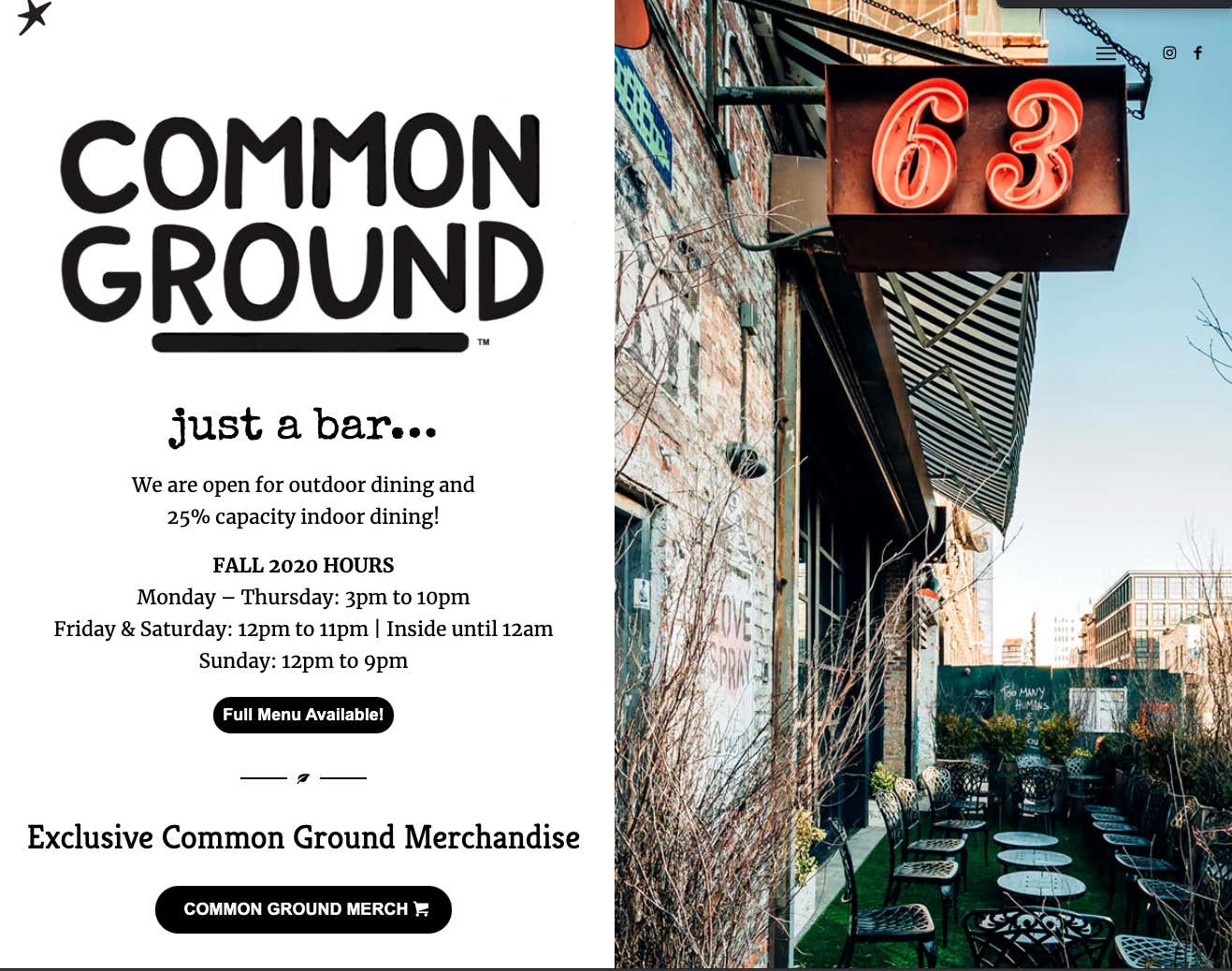 The Giants are reportedly looking into matters, which I'm sure includes conversations with all the players allegedly involved as well as Coach Judge picking out spikes for the heads of any players that broke team protocol after a heart-wrenching loss to a division rival.

No matter what the verdict is of this video, I miss the good ol' days where the Giants may not have been good but at least everything was so wholesome and we could go out to bars without repercussions.

Fuck COVID and fuck whoever posted this video if it is old because writing a 1000 word blog about a 31 second video posted from Texas on a Saturday morning (now afternoon) when I have to cut the grass and blow the leaves during this run of dreary, kinda rainy days which makes everything that much harder. Snitches get stitches as it is. But snitches of fake videos deserve to get snapped outta existence Thanos style. However if this is real, whoa boy, Coach Judge is going to come up with a punishment my simple blogger brain could never dream of.