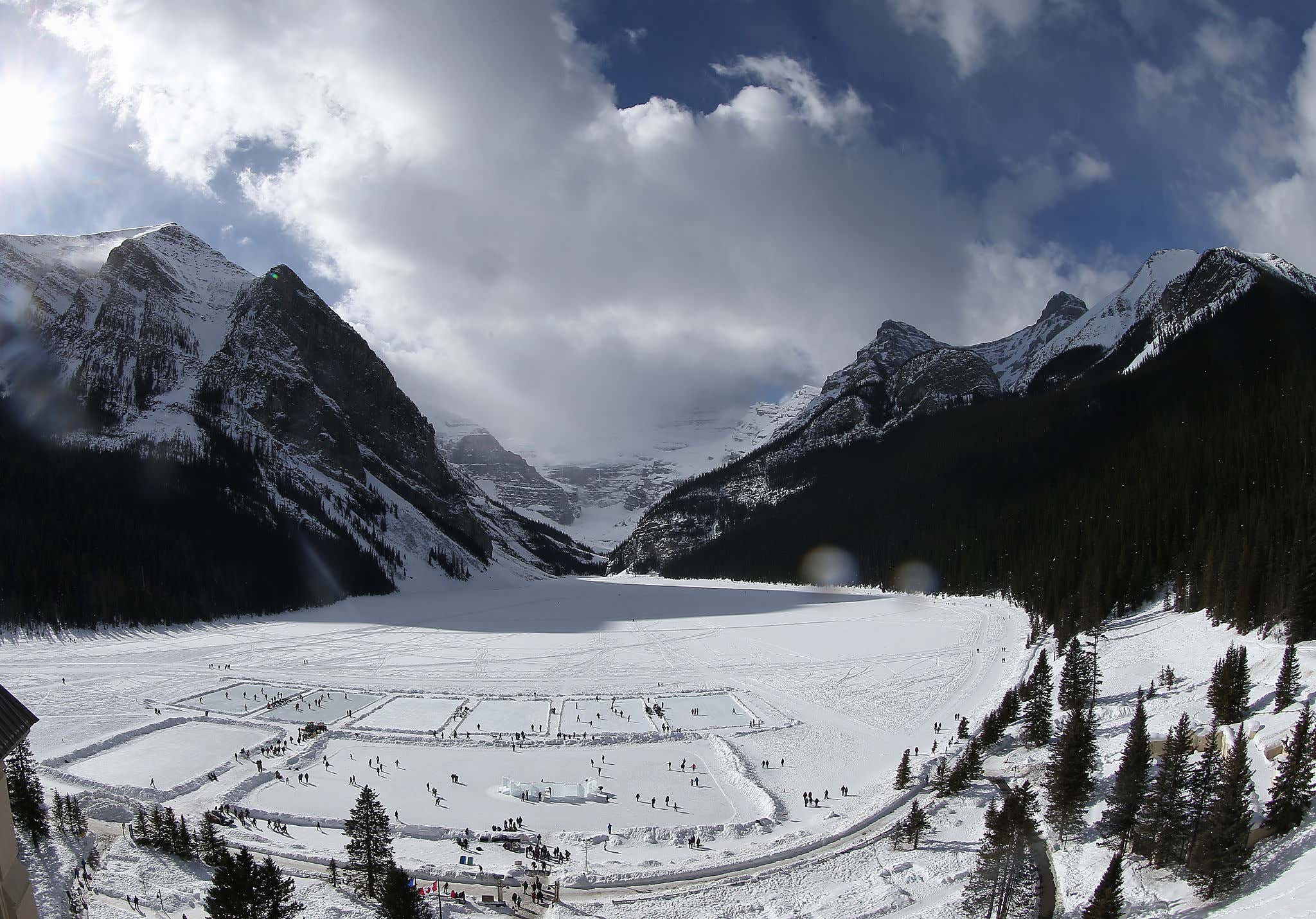 This is why everybody who leaks news and information is an asshole. Everybody is so concerned about their precious little scoops that they don't give a damn about you or me or any of us. They don't care if their scoop ends up being wrong, all they care about is getting the news first. So what ends up happening?

Somebody gets the scoop that the NHL is looking to start the season on Lake Louise in Alberta. Then they get all of our hopes up that after one of the worst years in the history of humanity, perhaps we will be treated to the sickest hockey game of all time being played on one of the sickest landscapes in the world.

But no. It's 2020 and we're not allowed to have good things. So now we're stuck here with a vicious case of blue balls because someone put the information out there before anything was even close to finalized. From what it sounds like, some random dude who works for the NHL just floated the idea of starting the season on a lake. They didn't even visit the site yet before the news got leaked out there. Then as soon as they checked out the site, oh yeah, global warming has been decimating the planet for generations and turns out that lake wouldn't be able to handle the pressure that putting a full sized NHL rink would put on it.

I wish we didn't even find out about this in the first place. Ignorance is bliss. And now we have to go into the weekend just thinking about what could have been. Makes me sick. The only good news is now that the NHL isn't using Lake Louise, maybe Barstool can swoop in there and use it for a pond hockey tournament. The MAC system. Move in After Completion.