A teenager's adventures as a bounty hunter takes an unexpected twist. 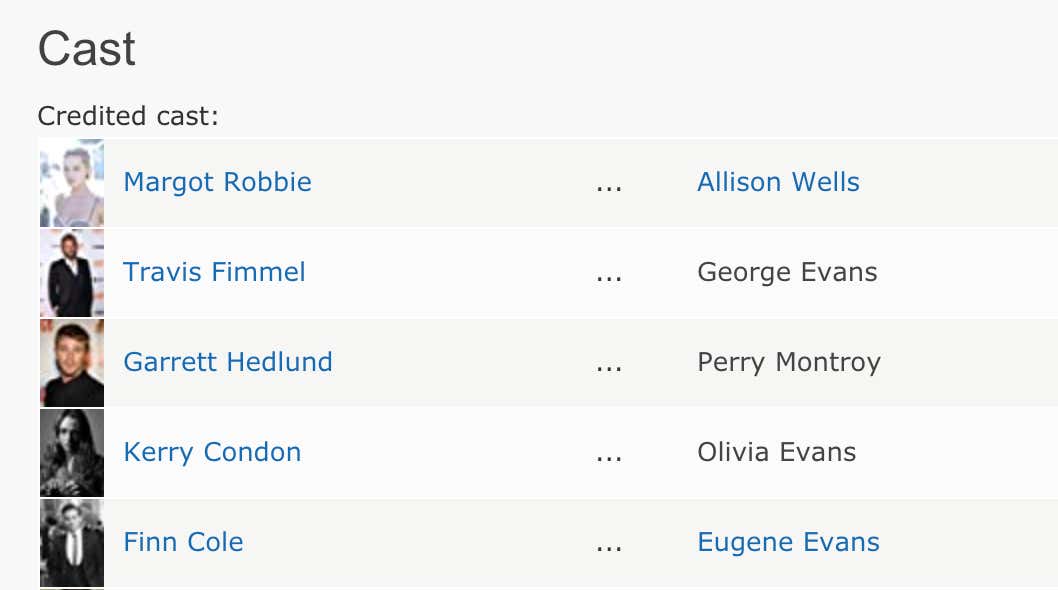 Before you ask, no, it's nothing to do with Bonnie & Clyde despite the similarities. This is a fictional story that obviously takes some inspiration from them, with Margot Robbie as a Great Depression-era criminal on the run somewhere in the heartland by the looks of it. The good news for any skeptics is that it's Margot Robbie. She's been in movies that were shitty, but it is extremely rare to see a poor performance from her personally. I'm also a fan of Travis Fimmel (Vikings) and Garrett Hedlund, who is in many things despite me always remembering him distinctly as Patroclus from 'Troy'.

You'll probably recognize Finn Cole as Michael from 'Peaky Blinders'. Can't say I'm particularly fond of him, and I think he looks a little too distinctly British for this role as a country bumpkin. This is the sophomore effort of director Miles Joris-Peyrafitte, and Robbie was a producer as well. This is getting a limited release and going to VOD on November 17th.