There have been a bunch of new sweaters coming out of the NHL with the reverse retro campaign. They've all been well and good. I mean the Flyers one fucking stinks. The Ducks one is a waste because they should just bring back the shield. The Vegas one doesn't make any sense because they don't have anything retro to go back to. And I hate the Penguins so I'll never say anything nice about them.

So actually, all of these new reverse retro jerseys are trash. That is, of course, until the San Jose Sharks officially break these puppies out. 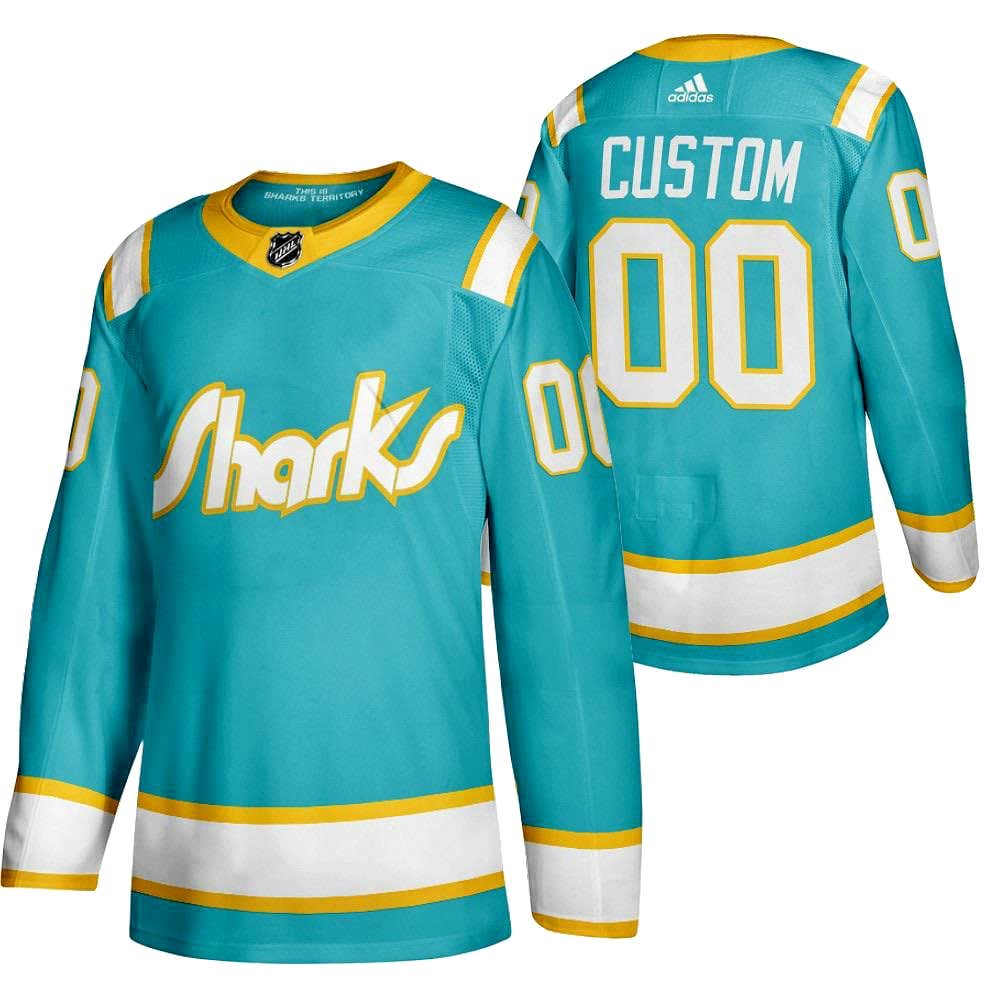 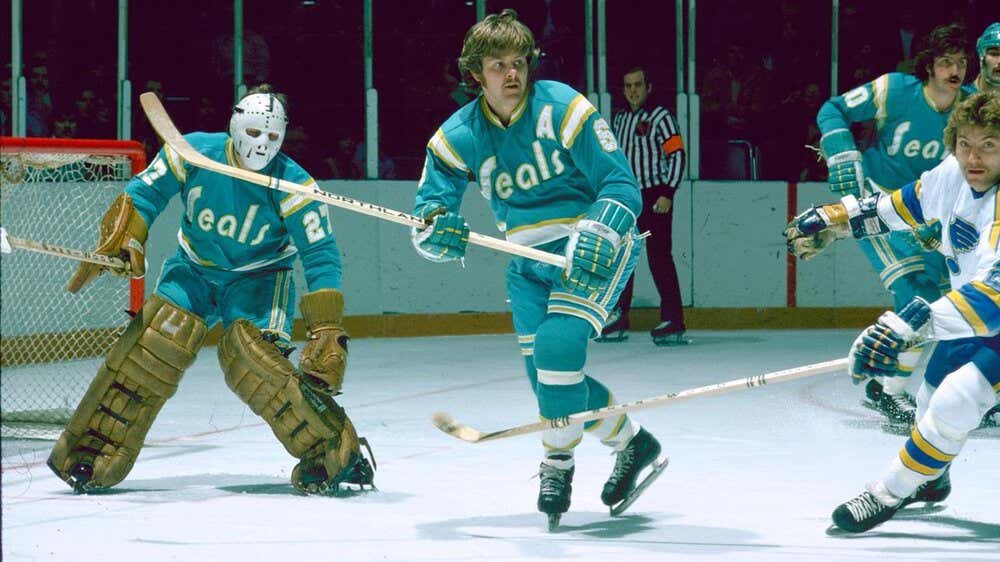 Here's what I need Gary Bettman and the NHL to do right now. I'm gonna give those bastards a little bit of homework. Because they need to sit down right now and come up with a rule by the end of the day that allows Brent Burns and Brent Burns only to be allowed to play a game sans bucket any time the Sharks wear these sweaters. You want to people to fully buy in to these retro jerseys, you gotta go full retro and let these beauties go out there without a helmet on. Especially Burnzie. 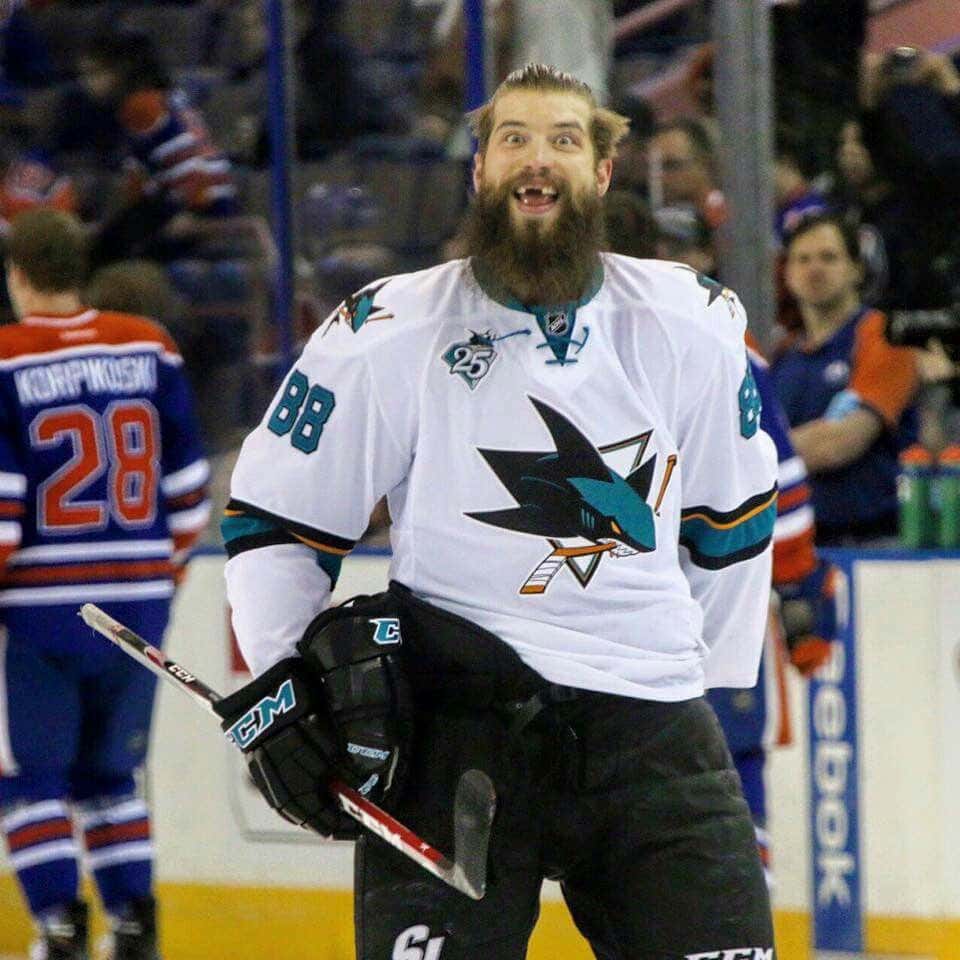 Just imagine this maniac wheeling down the ice in this Seals inspired sweater, hair and beard blowing in the wind, giant gap in his teeth staring down the tendy as he winds up for a piss missile slapper at the top of the circles. It's just a damn shame that Jumbo won't be around anymore to wear these bad boys. If the Leafs had a shred of integrity (which they definitely do not), they'd work out a deal with the Sharks to trade Joe Thornton back to San Jose for one game only. Just a quick little loan situation. Because the only thing I'd rather see Joe Thornton in besides a candy ass Seals jersey is if he just went out there tarps off and was blasting bare chest for a full 60 minutes.

But yeah. Every other sweater that comes out for these reverse retro nights no longer matter. You can pack them all up and donate them to a foreign country. Vince Carter it's over.

P.S. - For as great as the Seals looked, they were so bad. 9 seasons. Made the playoffs twice. Got swept out of the first round in one of those years. Pretty consistently at the bottom of the standings. But boy oh boy did they look the part.

P.P.S. - While we're talking about teams that were dog shit but still deserve to come back via retro jerseys, can we talk about this photo of Dany Heatley real quick. 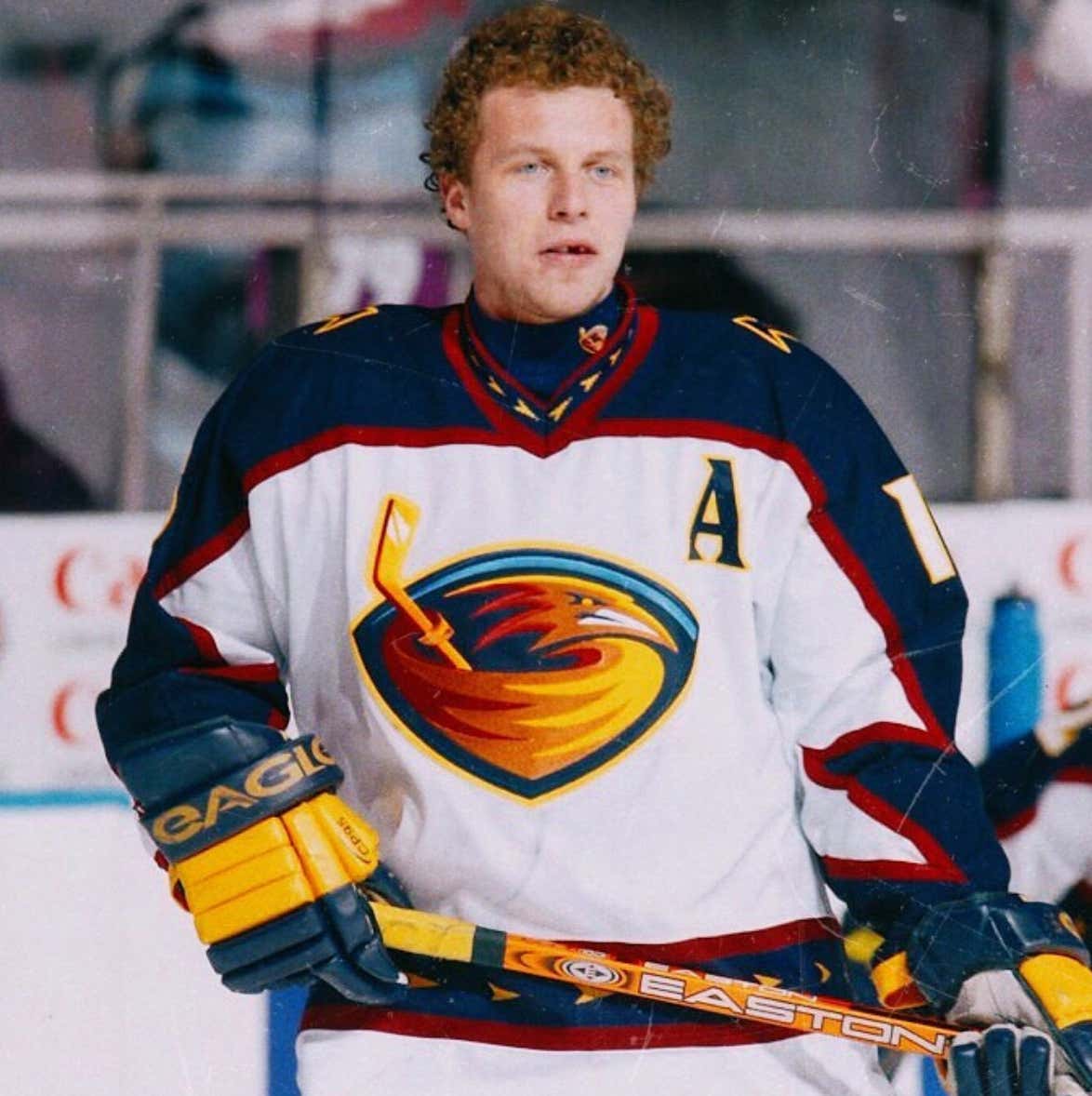 The Eagle mitts. The orange Synergy. The turtle neck. The Thrashers sweater. This right here is an all-time beauty status look. Fuckin' All Star did it like nobody else ever could.