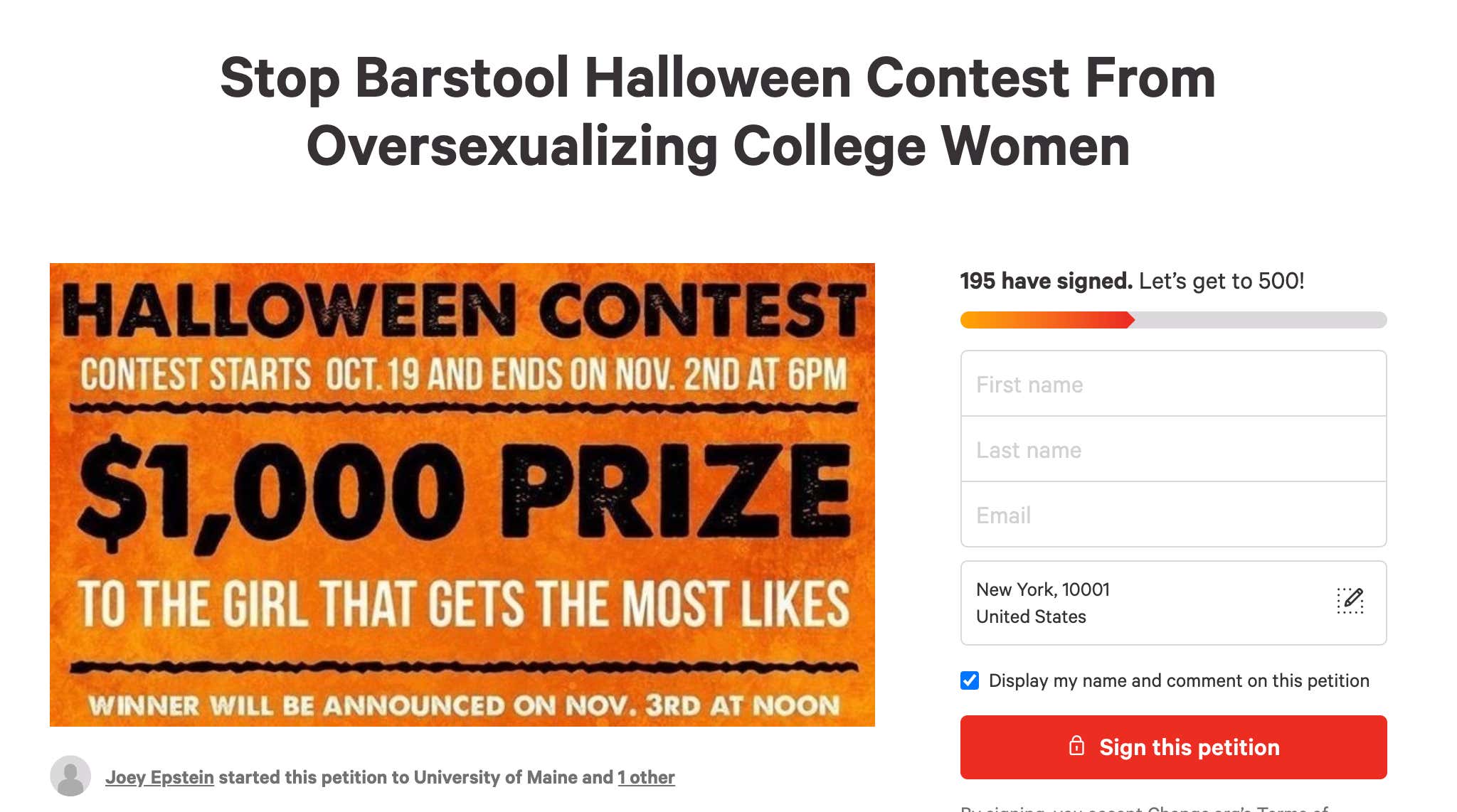 It wouldn't be a Barstool Smokeshows Halloween contest if it wasn't mired with controversy. First there was the like-buying scandal, and now the haters are trying to cancel the competition entirely. I'm actually surprised it took this long. With all the cancellation attempts surrounding Barstool, it was only a matter of time until they came for this great American contest.

The mission of the position states:

Women in college are constantly comparing themselves to others because of competitions like these. This exact event is encouraging women to compete against each other. It is oversexualizing women for the sake of man. It will become very toxic and should not happen. Disrespect toward a gender should not be involved in competition.

Puke. Puke. Puke. This guy could not be a bigger simping white knight if he tried. Also "for the sake of man" what is this the fucking Bible dude?!?!

Look, the smokeshows account in general and especially the Halloween contest are an easy way for people to attack Barstool and cry misogyny. "You're oversexualizing women." "You just treat women as objects." "The account is disrespectful towards women." Etc. Etc. Etc. None of that is true.

Yes, the theme of the Barstool Smokeshows Instagram account is to post hot girls. It is far from the only account like that which exists on the Internet. A lot of those accounts do very well. The smokeshows account has over 1 million followers and is one of the biggest brand accounts at our company. The reason is that people like looking at hot girls. That's like what half the Internet is basically. That's why people love the Sports Illustrated Swimsuit Issue. That's why the modeling industry in general is as huge as it is. If you have a problem with how hot women are portrayed in society, then the Barstool Smokeshows Halloween contest is NOT the place to start.

Also, I think it's important to note that everyone in the competition wants to be in the competition. They are submitting pictures of themselves to be featured. That's how the entire account works. Anyone who doesn't want to be posted gets taken down. But 99.9% of the girls that get posted submitted themselves or are fine with the post. If they want it down, it gets deleted. They want to build their brands and getting posted on an account that large obviously helps their following. And Barstool having a large social account to push merch and other social promos is obviously good too. It's a great relationship for all involved. Everyone wins!

FURTHERMORE, for this competition specifically, the winner is getting $1000. There's a tangible prize someone can win. This loser is saying that it "encourages women to compete against each other." But typically the girls posted are very supportive of each other. This guy apparently think girls are incapable of supporting each other and will just get in a cat fight. Pretty sexist of him, to be honest. Also, the competition isn't just "who is hottest?" Different costumes always do better. Telling a girl who worked on a creative costume and thinks she looks hot in it that she can't submit the picture to show it off on a large social account is like the most sexist thing I've ever heard. "Be a woman how I tell you to be a woman!"

This simp thinks he need to speak up for girls everywhere in hopes of getting a crumb of pussy. 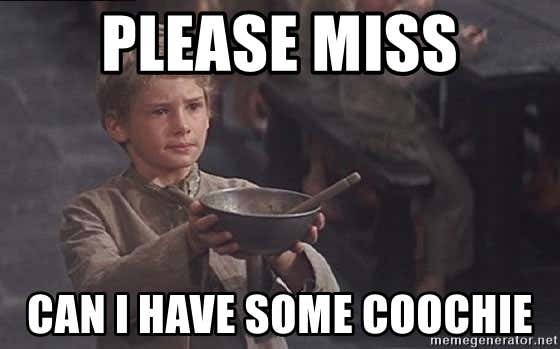 But the bottomline is that every girl in the competition is free to make their own decisions and enter this contest. This guy wants to shut it down when the winner gets $1000? In this economy?!?

But don't just take it from me. I reached out to a few old smokehow friends throughout the years for a comment.

Deryn Paige (her casting agent found her from Snapchat takeovers, is now an MTV reality star)

"Without Barstool Smokeshows I would not be where I am today. I would not have the exposure, the connections or a career on TV that have I built for myself. Barstool turned my potential into a platform and has most definitely helped girls turn themselves into successful business women"

"I am honored to be apart of barstools smokes! The halloween contest is so much fun, and there are cash prizes for the most creative costume. Who doesn’t love that? I love barstool. They don't only offer sports and entertainment but also amazing podcasts with really talented diverse people. I'm a huge fan. Barstool has quickly become the hub for all things entertainment. There is no other company like it. All the girls look forward to that contest every year. Girls love to show off and dress up on Halloween"

"A main part of my success and account building has been due to the features of myself on barstool smokeshows/Halloween Contest (first feature) and barstool sports. This platform has allowed me to grow and expand my social following and allowing me to start my own company that protects women content creators, like myself (a huge women empowerment advocate), with DMCAs. We as women have the choice of what we wear, sexualize and post, our bodies, our choice. If I I want my “cleavage” hanging out of a Harley Quinn costume this year and post it up on Instagram with a hashtag feature #barstoolhalloween, I can and I will. It’s actually going against women empowerment and sexualizing us a females telling us what we can and not wear, and can and not post. OUR BODIES, OUR CHOICE!! Barstool Smokeshows all the way!!!"

I can't say it any better myself.

The Barstool Halloween contest will carry on. The smokeshows account will continue to thrive. God Bless America.

GET OUT AND VOTE