We are less than 48 hours away from the inaugural Stool Streams Jenga Draft. In case you missed it, earlier this week Commissioner Henry Lockwood announced that the first ever Jenga League would be beginning on Monday, Nov. 2. There are plenty of more details to come on that, but first things first, there will be a draft taking place on Thursday afternoon.

12 captains have already been assigned and the draft order is already set in stone (picks can still be traded on Draft Day), but Jeff D. Lowe has compiled his Big Board ahead of Thursday's selections. Keep in mind that only 12 people will be picked, so there will be a lot of unhappy folks who miss the cut. Why? The winning pair will earn $10,000! Here are Jeff's rankings: 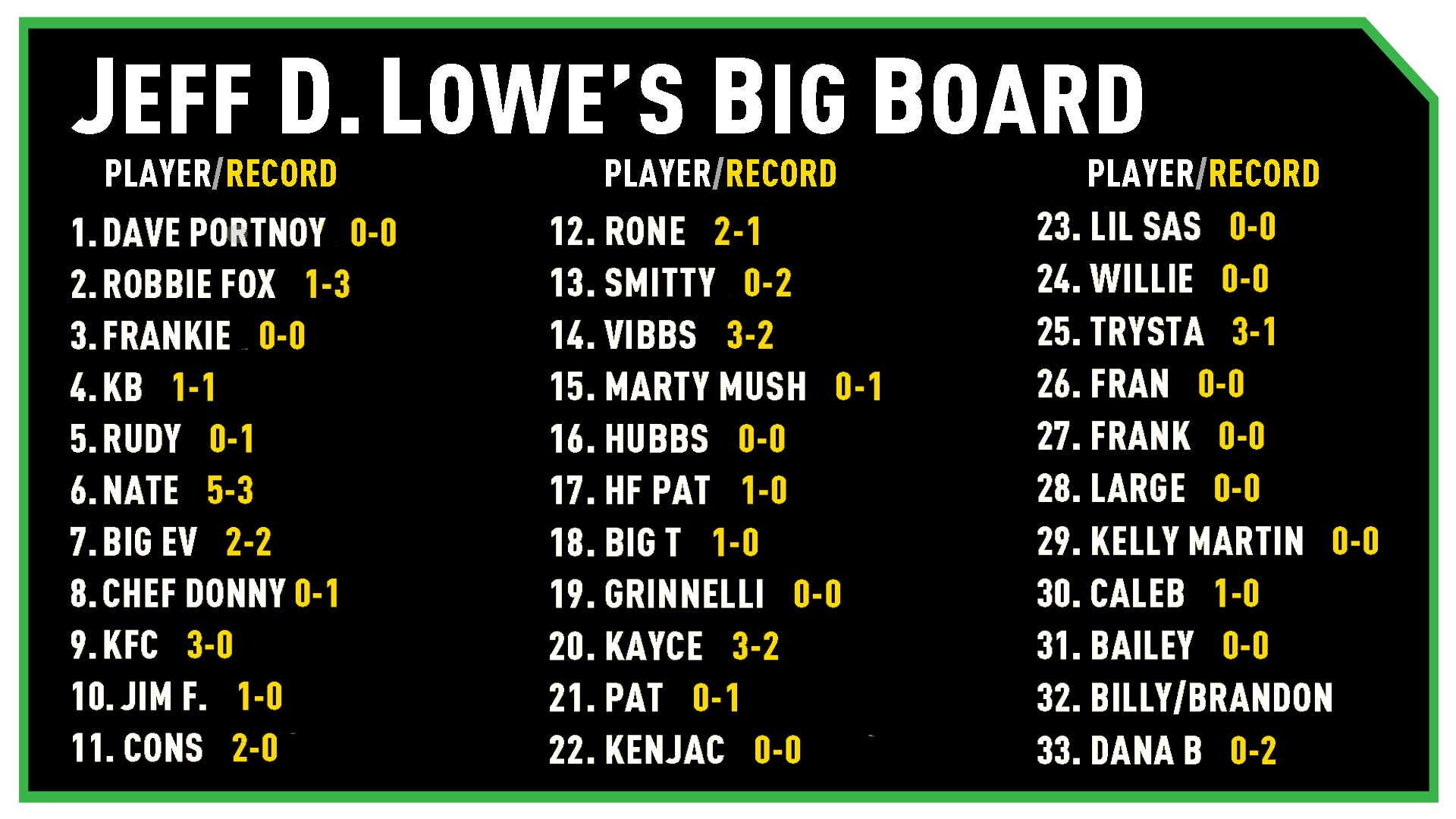 As for the captains, draft order, and team names, here they are:

*The 11 captains will vote either Billy or Brandon in as the 12th captain before the draft begins. The loser will be entered in the player pool and will have the ability to be selected.*

How do you see the draft shaking out? Stay tuned tomorrow for our Mock Draft!