I fuckin love it.

If you can watch that video and not laugh then I hope you have a better day tomorrow bud.

Ever needed Massachusetts in a 10-second nutshell? My girl's got you. 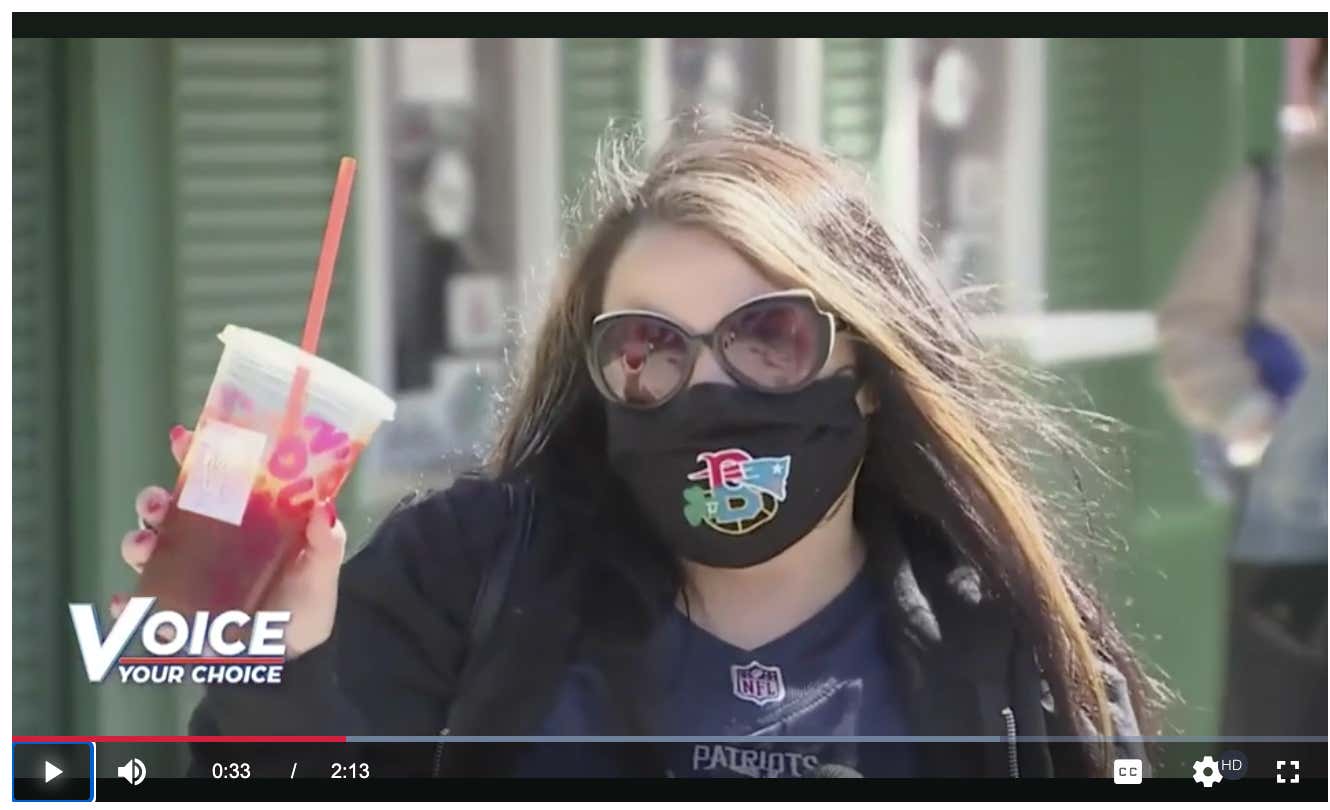 This girl epitomizes the Massholette.

- Facemask (responsibility is clearly the name of this girl's game) featuring not only one local team's logo on it but all 4. B's, C,s Sox, Pats go fuck yaself.

"Gameday was yesterday? What of it dick lord, that's why I wore Jules yesterday. I wear my Cam on Mondays. Duh you loser"

- Giant hoop earrings. A staple in any New England females wardrobe. Especially if they work at a hair salon which there's a 97% chance this girl in the video does.

- Dunkie's in hand. Cannot communicate enough how much I love the fact this girl dropped a "Dunkies" shout out in this. One of the stupid things I miss about back home. Slang terms and nicknames for fucking everything under the sun.

I have a good friend in Chicago who is from Tewksbury, (Jeff Magee, ever heard of him?) and we throw around shit like this all the time just to be idiots and make our midwest friends think we're losers. Ok cool story I know.

And yes, the Casey Afleck sketch from SNL was not unrealstic whatsoever. That's what made it so funny.

- Lots of -ers converted to -ahs. This always makes the visiting team wet/hard. Home towners don't even notice it because it's natural and so common, but outsiders think it's the best thing evah. When they introduce you to their friends, they put you on spot to say words like water or park like you're a dog that does tricks.

Not clowning this girl at all. I love her enthusiasm and legitimately miss her energy. The seafood, Italian food, and Masshole energy are definitely the 3 things I miss the most.

p.s. - Nobody in Chicago believes that Lowell is a real place and the people depicted from it in The Fighter were on brand.

They think it was way over exaggerated so I am using this space at the bottom of this blog to inform all the doubters it was not. Not one iota. 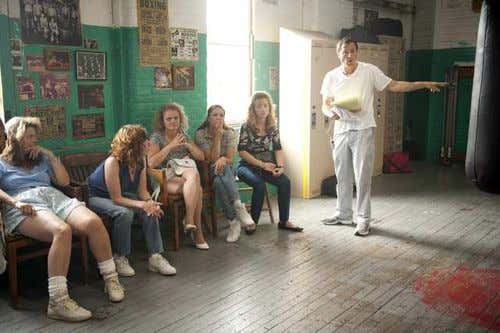 Tar, Pork, Beaver and the rest of the sisters? Yah, legit townies. One was even Conan O'brien's sister Kate (no joke).

Don't believe me? Read this piece on the casting call, which brought out 3,000 locals, that the LA Times did.

…the majority are small-town Massachusetts locals who came through the front door -- literally, by answering a casting call that sought "boxers, crack addicts and little Cambodian men," as Erica McDermott, who plays Tar, puts it.

They had hoped to land jobs as extras. But among the 3,000 people who showed up at the Lowell, Mass., casting call, they wound up with key roles in the film. "The casting director was going around the casting call saying, 'You're too pretty,' and 'You're too pretty.' So I got up in her face and said, 'You think I'm too pretty?' " said McDermott. And then, by way of explanation, she adds, "Because in my acting class they said you have to take a risk."