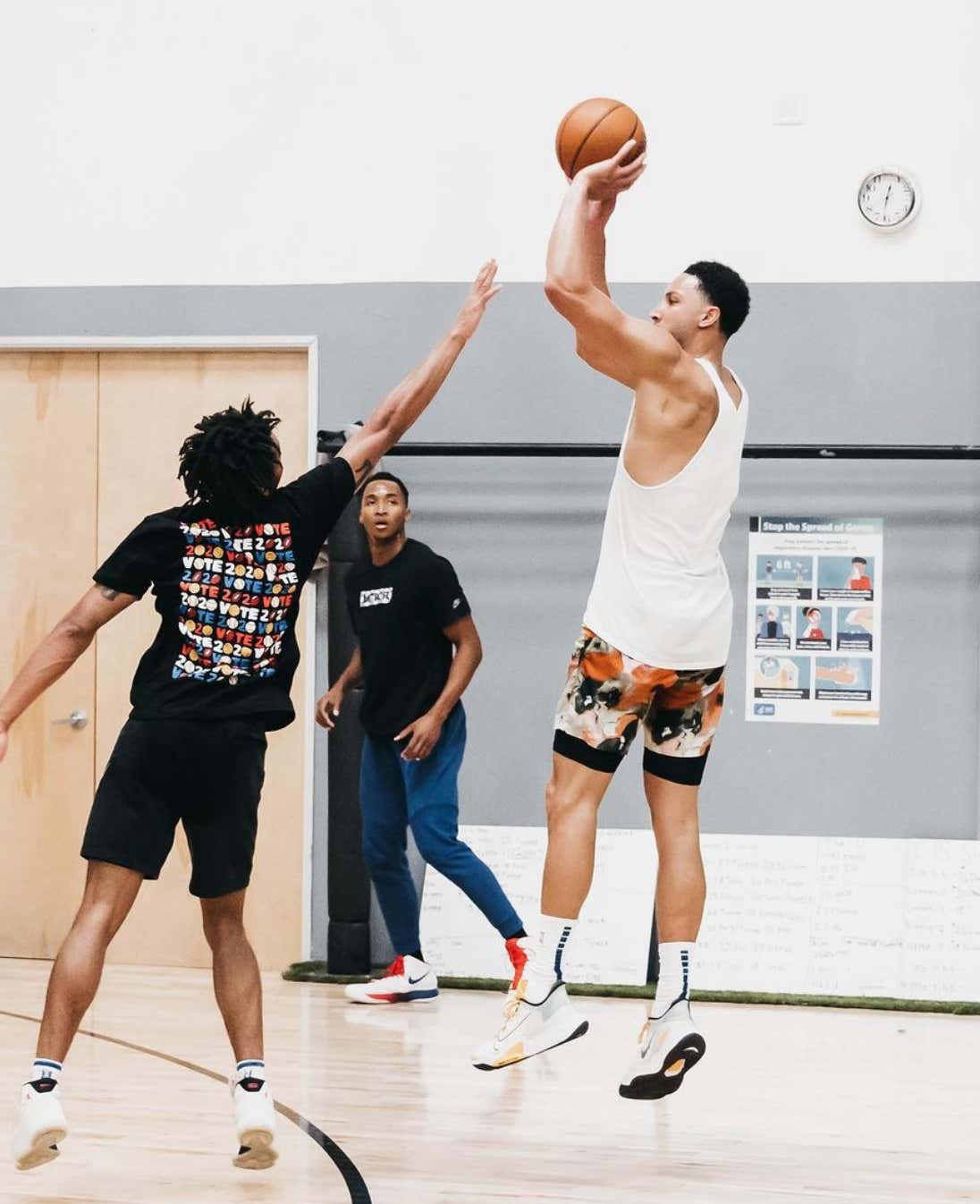 You have to hand it the Klutch Sports and Rich Paul. They have taken over the NBA. Just take a look at their player roster:

That's a pretty big time list. One of the things you have to respect about Klutch is their ability to see a vision and execute. Sure it helps when LeBron goddamn James is pulling the strings, but everything they do and put out is obviously calculated. Which brings me to that Ben Simmons three pointer picture. That's not an accident. It's the offseason which means the hype train about Ben Simmons finally not being a coward and shooting threes is well underway. You want to get Sixers fans excited? Show them proof of Simmons taking a three. It'll the the Pavlolv's dog experiment all over again. Instantly we'll hear about the NBA "being in trouble" or how we should "pray for the league". But, notice how there's no video? Not only that, the fuck is going on with that form? I can't believe they even put that picture out. What the hell is going on with Simmons' feet? Look at the ball resting on the palm of his hand, it feels like maybe this picture is doing more harm than good which is surprising since it's coming from Klutch themselves.

It's the same old story every offseason, I'd be curious to know how Sixers fans feel seeing this shit. Remember, his old coach was begging him to at least man up and take a three, but Simmons refused, saying he would only shoot them once he got to like 40% or some shit. There are like 6 guys in the NBA who shoot that. In 2019-20 Simmons took a total of seven (7) 3PA on the year, and if I remember correctly a handful of those were end of clock heaves. When he made this

Everyone acted like the Sixers won the title. It was hilarious. This happened on November 20th. A total of 3 attempts later he made his 2nd career three on December 27th. Simmons then made 0 the rest of the way on just 3 attempts before his injury in August. Now three seasons into his career, it's pretty obvious to everyone but him that his floor spacing is an issue. Maybe Doc's system will help figure that out, but I doubt it. That's where this picture comes in. Klutch isn't stupid. They know that a new coach + a picture of Simmons taking a three is going to generate buzz. It's going to have people talking about their client (like I am doing right this second). It's all calculated.

Here's the thing though. We've been down this path before. Summer after summer we get pictures and videos of Ben Simmons taking threes in pick up games. It then NEVER even comes close to translating once the actual NBA season starts. So while I respect the idea, I think we're all at this point when it comes to these plants

Either show you are willing to consistently shoot threes in real NBA games or just shut the fuck up about it. Sixers fans get put through enough with having to watch a team that willingly pays Al Horford and Tobias 280M while never making it out of the second round. Stop trolling them with Ben Simmons three pointers, it's mean.