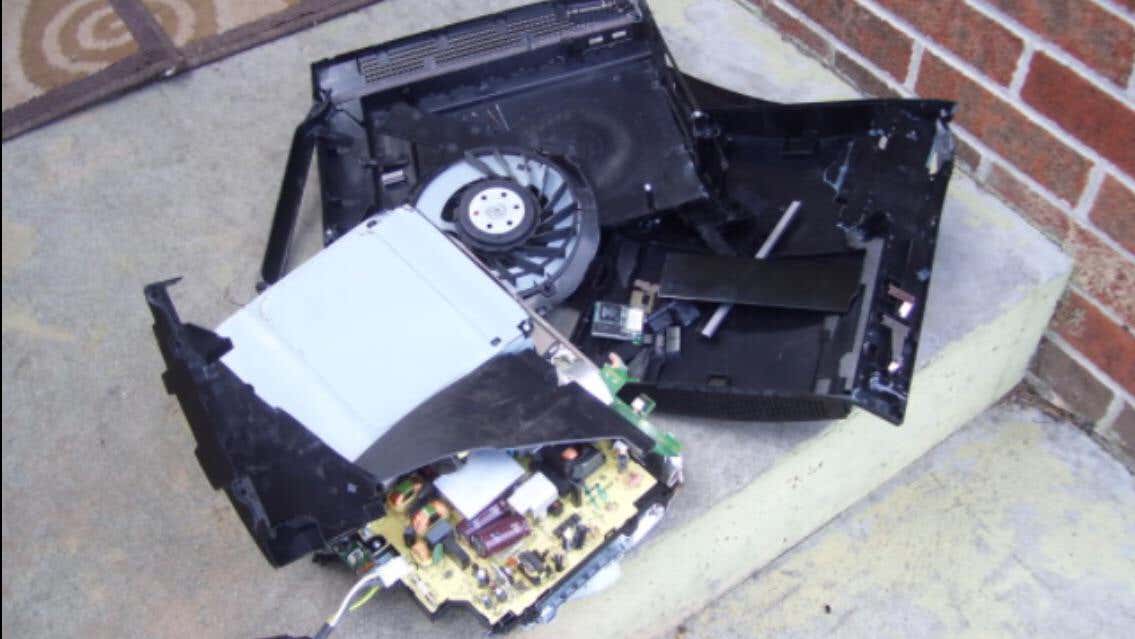 Thanks to a proper Christian upbringing, it’s been ingrained in my head from an early age that video games are for the losers and dregs of society. On my third birthday, I remember being gifted a Tamagotchi pet by an uninformed family friend (True ‘90s kids will probably know what I’m talking about). In my toddler ignorance, I enthusiastically poked the little yellow buttons and drooled all over the screen as the minimalistic black-and-white graphics provided me with just enough sensory stimulation for my arms to involuntarily flap around like malfunctioning propellers within my papa’s line of sight. Big mistake. He ripped that egg-shaped electronic toy right out of my sticky palms, then took me down to the garage and forced me to watch him smash it to a zillion bits with his hydraulic press. Aside from the fact that destroying things with machinery is inherently epic, with tears and plastic shrapnel in my eyes I learned an even more important lesson that day.

“Those who can’t do, play video games.” 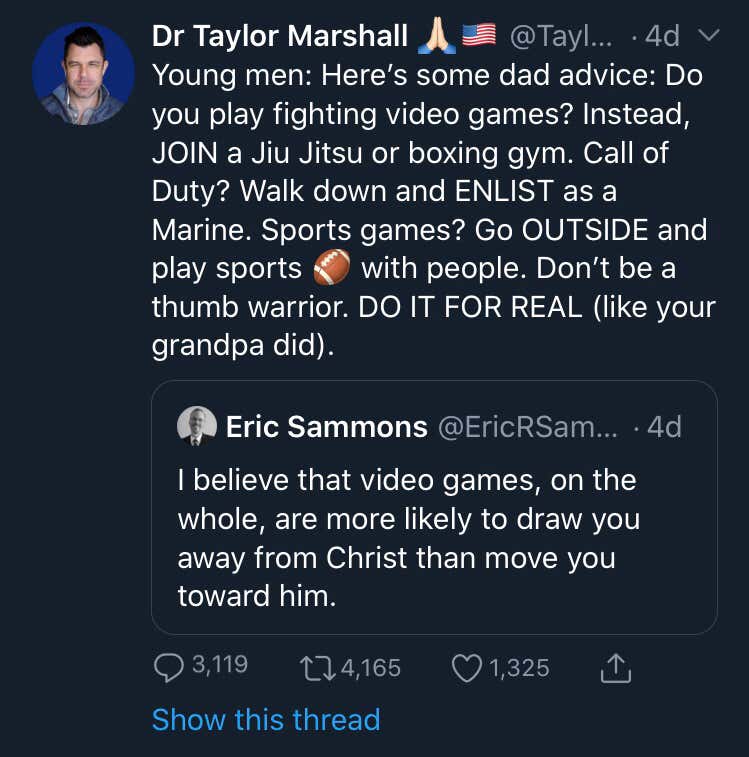 Leave it to a tried and true American doctor and follower of Christ like Taylor Marshall to express my father’s age-old ideologies so eloquently. Instead of fiddling around with that handheld virtual pet for a few hours before ultimately getting bored and forgetting about it, my old man bought me my very own hamster that day, and I NEGLECTED it until it PASSED AWAY from MALNUTRITION. I wouldn’t be 2’8” the man I am today if my folks allowed me to just sit around the house and play video games as a kid. While my classmates and classmates’ friends spent hours and hours mindlessly playing Tony Hawk’s Pro Skater on their PlayStations, I PICKED UP a real skateboard and spent hours and hours trying on different outfits and experimenting with new hairstyles in front of my bedroom mirror. And instead of destroying my brain cells in front of a TV screen by digitally brawling a variety of little creatures and miniature Italian men on Super Smash Brothers, I JOINED the high school wrestling team and was ALWAYS the last person to leave after practice. My coaches had to physically PRY me out of the locker room on a daily basis. Fast forward to two conference titles and a full-time gig alongside some of the hottest and most talented male personalities in alternative sports media...and yeahhh, I’d say the hard work was worth it. 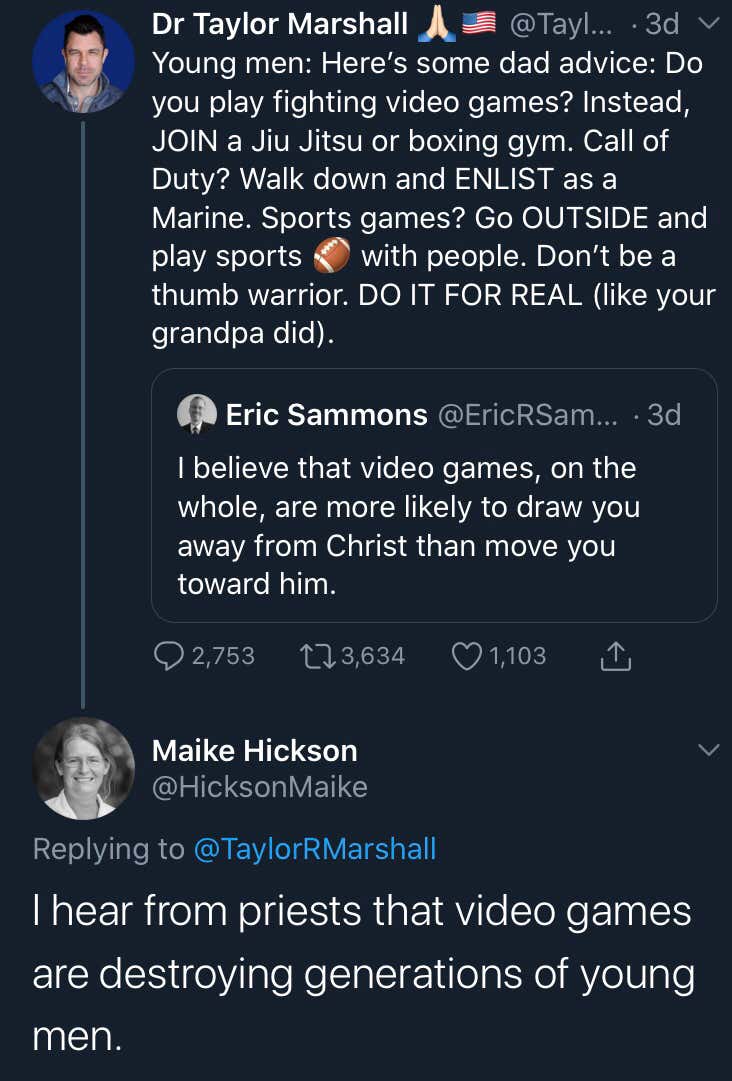 And if there’s anyone who knows exactly what it takes to destroy multiple generations of young men, it’s a priest. They didn’t achieve such a holy position in the eyes of the Lord by tinkering around on Ataris or SEGAs in their free time. Unlike gamers, priests actually prefer it when servers go down. But honestly, it shouldn’t take the sermons of a religious leader to effectively preach to today’s parents that video games are harmful to children. As a native West Virginian, it’s sickening to see the coal mining industry die while the amount of Minecraft streamers skyrockets. There’s no reason for “slurp juice” to be a more common household name than “Narcan” for the youth of America. 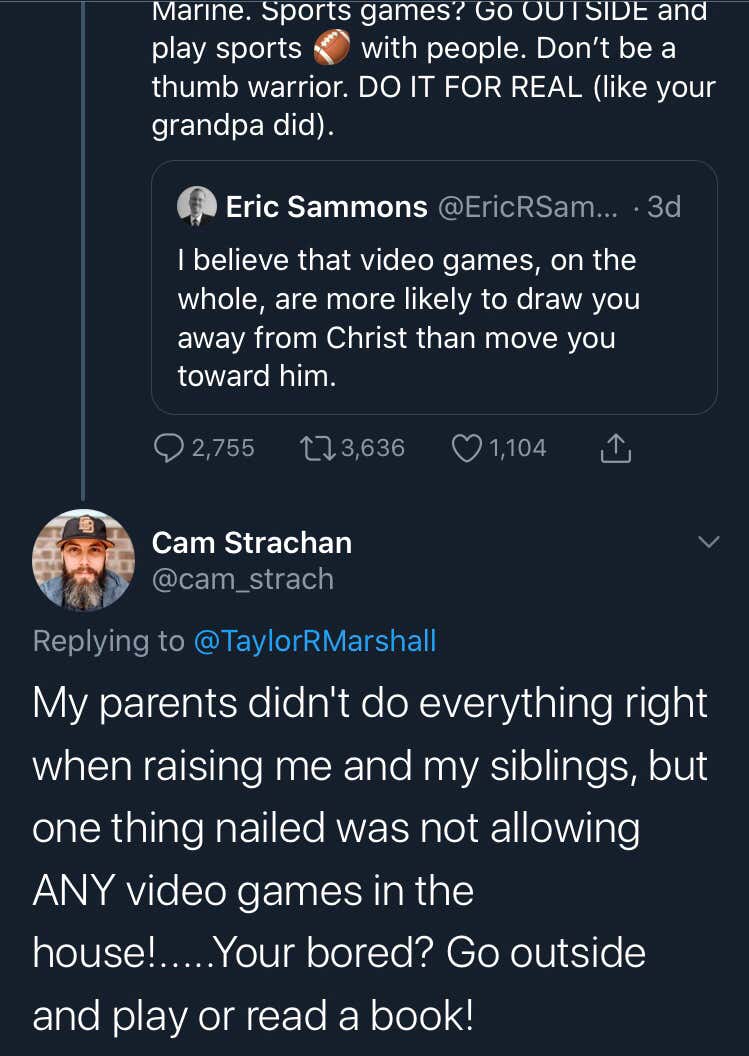 Growing up in my household, being an “aspiring ninja” meant heading out back and slicing up future carcasses with katanas and practicing espionage on your village’s municipal leaders. Now a days, it just means dyeing your hair turquoise and filming yourself pressing the space bar against overmedicated sixth graders for several hours straight. And when I was a kid, selling a record-breaking amount of jerseys and being “built different” than your competition meant that you were a 7’2”, 325 pound NBA phenom for the Los Angeles Lakers. Now a days, you just have to have a slightly better kill/death ratio on Call of Duty than a cheeseburger reviewer named Glenny Balls. What gives?

You wanna know what’s actually badass? Committing war crimes and going on insane kill streaks in REAL LIFE. Do you think someone like Chris Kyle or Steven Seagal ever worried about “pwning” people with a video game controller? HELL no, they lived that shit. Do you think someone like Hulk Hogan ever pretended to be a tough guy in Xbox Live lobbies? HELL no. He won Heavyweight title belts and said the N word in REAL LIFE. I guess I just wish that we, as a society, could get back to actually prioritizing physical activities over virtual “accomplishments.” 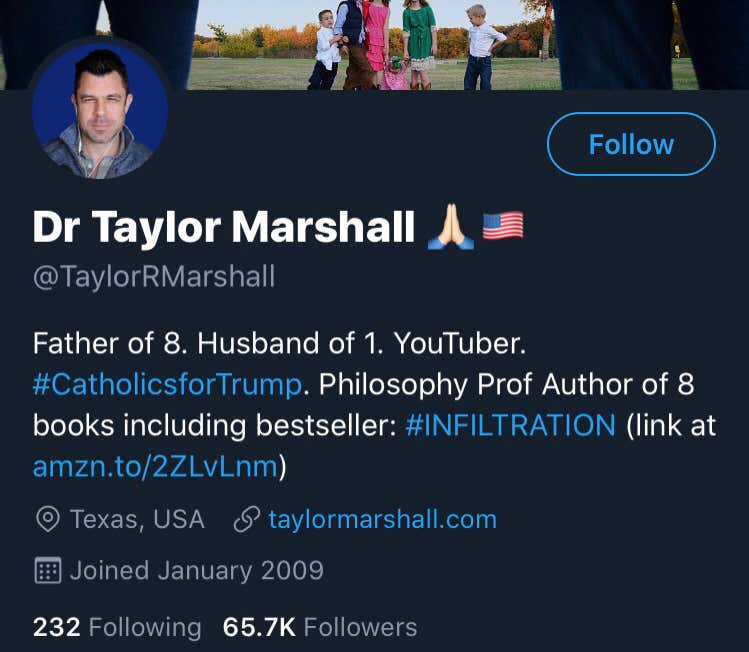 Instead of goofing off on The Sims or Harvest Moon, Dr. Taylor Marshall actually FUCKED his real (and sole) spouse RAW until he was a father of EIGHT children. And do you think he just stopped at merely HAVING a colony of kiddos? No. He devoted his life to being the best possible author, Youtuber, podcaster, and social media influencer he could be. I know a lot of the people reading this are probably new or expecting parents, so I just hope the moral of this story reaches you before it’s too late. Don't let your kids try to be gamers. They'll inevitably fail and fail until their bones are too brittle and back accounts too empty to even try to save themselves. In the real world, there's no such thing as magical little fantasy rooms where office workers can go to get paid to play video games. The only "final boss" your sons and daughters should worry about is Jesus Christ, and the only "mission" they should ever care about is their fully-funded trips to third world countries and the amount of engagement they get on their pictures with poor kids.