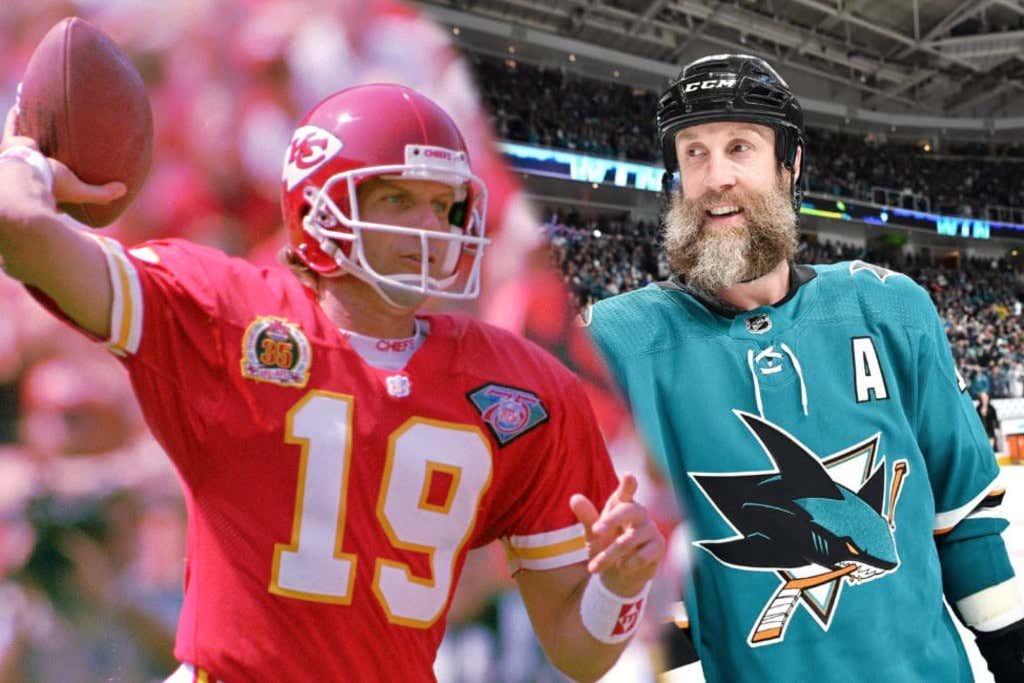 Oh what's that? You thought that Jumbo Week was only going to be a week long? You thought I'd just quit after 3 measly Joe Thornton blogs last week? Get real, nerd. The show goes on. It's Jumbo Month. And now we move on to one of the most unexpected relationships in the world of sports. Jumbo Joe Montana.

I desperately need to know how this conversation went down. Did Jumbo reach out to Joe Cool for some career advice and knew he could rely on Montana to provide him with some sage wisdom and guidance like he has for years? Did Joe Montana know that Joe Thornton was a free agent with one last kick at the can left to get himself a championship and called him up for some unsolicited advice? Were these two legends just at the same bar at some point over the summer and struck up a conversation about leaving San Jose? Maybe they bumped into each other while they were at the Home Depot? I don't know, but I need to.

And I feel like Chris Johnston has failed us miserably here as a journalist for not digging deeper into this story. How are you going to say that "a conversation with Joe Montana helped make the decision easier" without trying to figure out when and where and why this conversation took place. That's the real story here. Who would have thought that Joe Montana would have such a major impact on the history of the Toronto Maple Leafs.