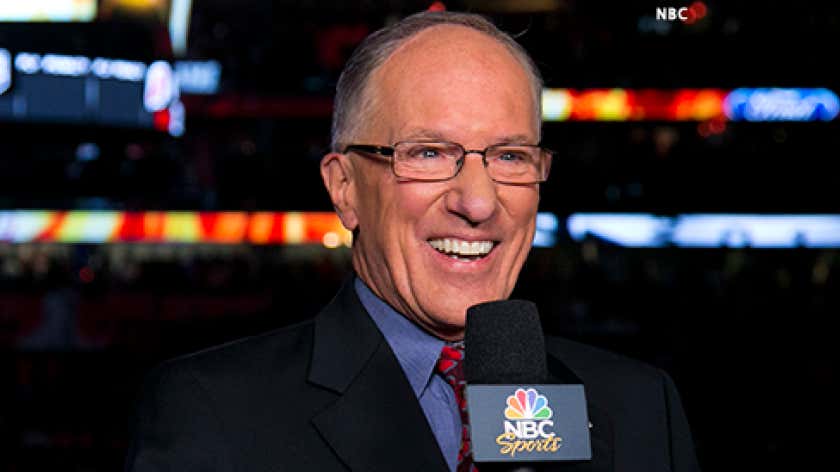 NYPost - Mike “Doc” Emrick, the incomparable Voice of the NHL, Monday morning will retire, as per a shared announcement with NBC Sports.

Emrick, 74, rose from calling college and minor league hockey radio broadcasts to develop an enthralling style that emphasized superior, often mesmerizing play-by-play: Original on-the-fly, bull’s-eye descriptions; a great knowledge of the game; current and past anecdotal info, timed to perfection; strong, warm relationships with his color analysts; and a modest charm that radiated as real. He forced nothing. He just knew how to know.

“I hope I can handle retirement OK,” he said Sunday night from his home in Michigan, “especially since I’ve never done it before. But I’ve just been extremely lucky for 50 years. And NBC has been so good to me, especially since the pandemic, when I was allowed to work from home in a studio NBC created.

Doc Emrick has the Gordie Howe of voices. He has the Wayne Gretzky of vocabularies. And he has the Jaromir Jagr of personalities.

Hockey is a great sport on its own. Some would say that it's even the best sport. It's a beautiful marriage between violence and elegance.  But at the end of the day, it's still just a game. It's the broadcast that brings that game to life and turns each one into a story. And I can't imagine there have been many people throughout the history of broadcasting who could turn their game into the absolute masterpieces of poetry that Doc Emrick was able to transform a hockey game into.

When you think about the game of hockey, Doc Emrick is the voice you hear inside your head. He is the voice of hockey. The game has it's own sounds and noises but he's the one who turns all of those sounds into the words that we're able to comprehend in our brains. So losing Doc Emrick isn't just losing a guy on a broadcast. We're losing a little bit of the soul of the game here.

The only thing we can hope for is that just like the game itself, there is a shit ton of young talent coming up the ranks right now to fill the void. Because I swear to fucking god, if Doc Emrick retiring means we have to hear more from Pierre and Milbury, I will start a goddamn riot.

P.S. - Not a bad time to start thinking about giving the Chiclets fellas a shot. I mean we already see them enough during broadcasts already with the "Paul Bissonnette or Paul Miss-The-Net" commercial.