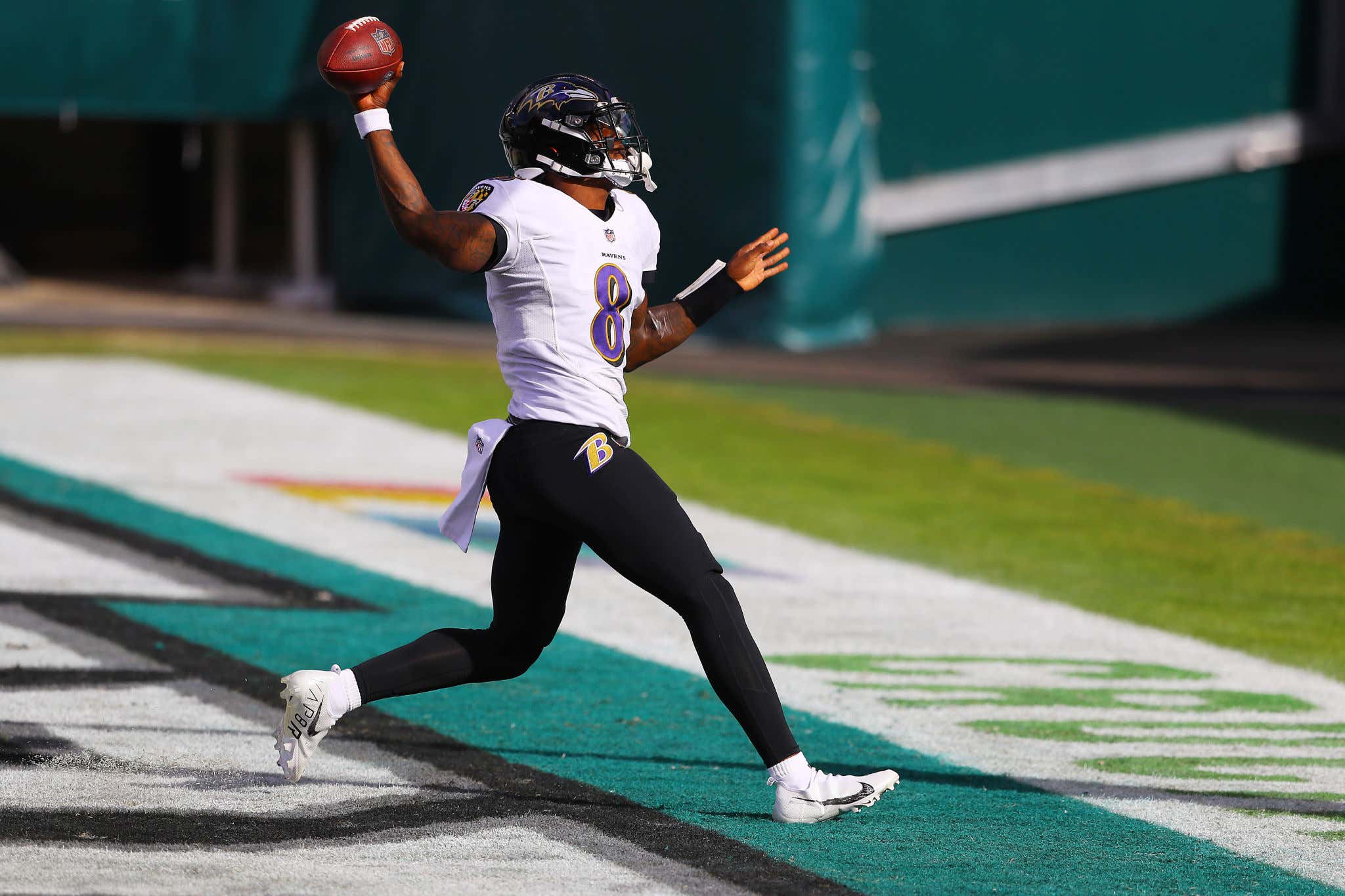 What the hell was that? The Ravens were in complete and total control of that football game. 3 score lead at the half and seemingly had complete control of that football game well into the 4th quarter. And then suddenly, the Eagles put together a couple drives with the help of some questionable officiating and make us sweat it out. I completely forgot what it was like to have to watch a game in doubt until the clock hits zero. In some situations I'd sign up for it, but this is far from one of those situations. By the end I just wanted it to be over.

Complete and total slop by the Ravens throughout the game eventually caught up to this team. They tried to bleed out the clock and settled for too many field goals and the Eagles were able to stay within a couple scores. One successful drive and one 3 and out and suddenly Wentz had the ball with a chance to tie it. They punched it in and Judon and LJ Fort came up big on the 2 point conversion to get the hell out of there with a win.

JFC it got the job done but overall that was a bad time. Would not recommend.

For a majority of the game that felt like a re-run. Thought it was the same exact football game from the last 3 weeks where the Ravens took a 3 score lead into halftime and then just played a pretty boring 2nd half game until 60 minutes were up. They have nobody to blame for themselves for letting that become a game again. Lamar made a few big plays but overall played less than spectacular. If this is last year's team, we're running up the score and dancing on graves. I think Harbaugh has the mentality that because this defense is so good, we don't have to be as aggressive offensively to get the job done. A couple of those long JT field goals were 4th down situations where last season maybe we would have gone for it. Today we took the 3 points, and it let the Eagles hang around long enough to make that a game again. Hated it. Absolutely hated it.

Regardless, the Ravens win and move to 5-1. I guess that's all you can ask for. Some guys got banged up today, so a bye week heading into the Steelers game is just what the doctor ordered. Those guys embarrassed the Browns today and will be ready for us come November 1st. That's gonna be a doozy of a football game. Can't wait. Let's get healthy and go take what's ours.