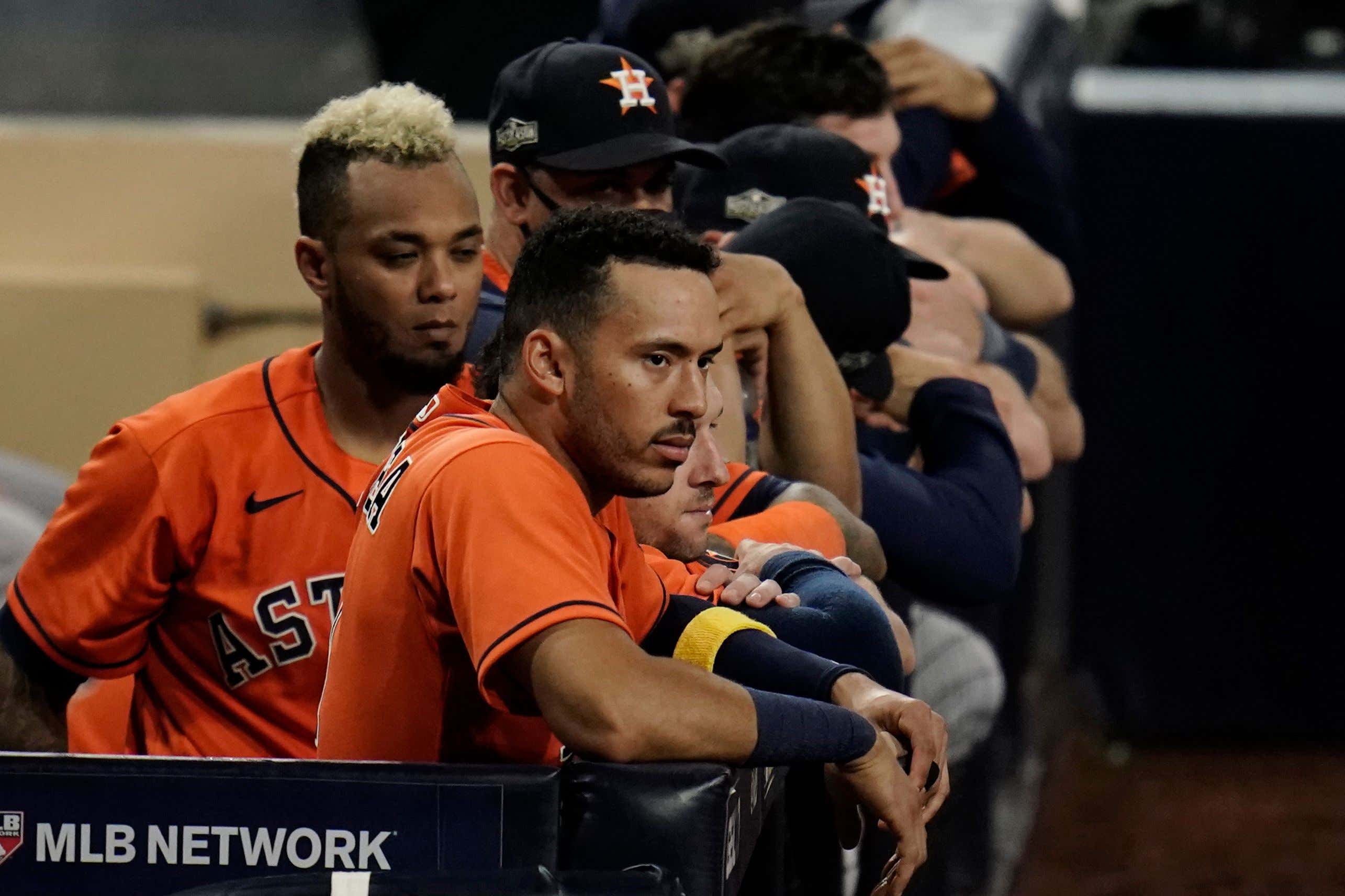 Well thank the lord, America's nightmare is over. My nightmare is over. The Houston Astros have been eliminated from the MLB postseason. Would it have been hilarious to see Tampa blow a 3-0 lead? Absolutely, but the threat of Houston in the World Series was not a fun thought to have. Instead the Astros come up just short and head home before reaching the Fall Classic. Phew.

If I had to hear Carlos Correa speak one more time about the haters being furious and that they're proving everyone wrong I was gonna flat out jump off a bridge. This fictitious narrative that they were somehow the victims of all this was insanity. Correa is truly the most insufferable prick known to man. Fuck every last one of those losers. Nothing better than this douchebag having nothing to say and going home.

To respond to Correa's rant after beating the lowly Twins… the Astros proved nothing. They finished with a below .500 record in the regular season and only made the playoffs because Rob Manfred turned Major League Baseball into little league where everyone and their mother made it. They beat the Twins and A's in the postseason, two teams known for doing nothing in October. They dealt with exactly zero fans in 2020. Sure they made the ALCS interesting, but it means nothing if you don't win the final game of the series. Now they go home and will return next season with fans in the stands. Have fun with that. Who knows what the team will even look like with impending free agents. Who cares about next season anyways, all that matters is they failed this year and are going home with nothing. They failed.

Shout out to Charlie Morton for pitching his balls off. Five and two-thirds of shutout baseball. Chuck in elimination games is as good as it gets. Big Game Charlie entered this one with a 0.64 ERA in win or go home games. Dude is nails when it matters most, and he showed up tonight. Only pitcher in baseball history with 3 Game 7 victories. Also shout out Randy Arozarena who set an MLB record for most homers in the postseason as a rookie with 7. He took home the ALCS MVP and rightfully so. The man just continues to annihilate pitching and it's wild to watch. If he was a free agent at the end of the year I feel like he'd get $200 million at this rate.

Good job Rays, but also fuck the Rays. I've never been more confused watching a series in my life, but Houston being eliminated is certainly good news for America. Now we get another Game 7 tomorrow night along with a full slate of football. Let's have ourselves a Sunday.