I picked the absolute worst time to be here.

First off, I am in a weight-loss bet with the bears (gay term) of Hard Factor… For those not familiar with the Hard Factor boys, they all look like this...

I normally have no problem abandoning weight-loss bets, but this one is for charity, so I am trying to stick with it.

To make matter worse, I also agreed to participate in a half-marathon with Erika the day before Thanksgiving/the day after my diet ends, so I have to remain relatively active with the Large Walking Club between then and now so I don’t totally embarrass my family by shitting myself and passing-out 10 miles in. 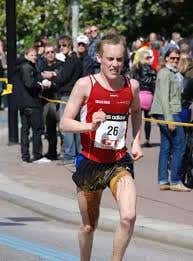 Secondly, I am taking part in Sober October… Again, something I would easily abandon.  However, I talked so much shit to so many people about staying dry for the month that I am terrified to fall off this limited wagon when there are eyes everywhere rooting for me to fail.

Thirdly, we are in a pandemic… Maybe half of the restaurants and bars are open here in Vegas, so the places that ARE open are only socially-distant-filled and with people who look like they enjoy cheap flights and half-priced hotel rooms.

I tested negative on Wednesday, and before I took another COVID test yesterday, I needed to kill a couple of hours. I figured I would hit the hotel pool (since it is 90 degrees and sunny here).

The pool at the MGM is fucking tiny, and this weekend it was chock full of people who I can only assume are in town for a convention that is celebrating bad tattoos and/or carbohydrates.

I then went to the spa to see if there was any way I could kill time there.

The only spa treatment they had left was a $100 pedicure 3 hours later or a surprisingly cheap $50 massage that was given by a Scandanavian gentleman who looks like he knew his way around a zipper.

There is a restaurant at the hotel called Hakkasan, and since I got familiar with the menu on the MGM app, I was looking to salvage the day by sitting down to a nice Peking duck dinner with the caviar add-on, like an Asian gent.

I called for an early reservation, and Hakkasan is closed.

Fourthly (is that a word?) and finally, I am in a bubble… So I got in yesterday, was swabbed after not enjoying a mediocre BBQ fusion dinner conceived by some NBA twat, and then tossed into quarantine until after the fight.

This is probably the only bright spot, so far… The good people at Top Rank, who invited me here, have gone out of their way to keep all their guests as safe as can be.  So the hoops I have had to jump through in order to stay quarantine-compliant are done gladly.

But the fact of the matter remains- If this fight tonight doesn’t meet or exceed expectations, shit will get deviant.

Sober October and the Hard Factor Fatathon will be thrown out the fucking window, and I will be lucky if the rickshaw carrying my alcohol and mayonnaise soaked body from the opium den gets me to my 7 AM flight on time tomorrow.

Undercard began at 7:30… Hearing they won't start the main event until after Bama/UGA.

Staring at this undercard and 1 more dog jumped out… I like Kendo Castaneda +350 vs Josue Vargas.