After a massive drought in marquee matchups due to so many people dying from a global pandemic, tonight, serious boxing fans are getting a fight that should help fill the void.

And for casual fight fans, Top Rank has graciously made this bout one you don't have to come out of pocket for, making it the perfect transition for viewers still glued to TV sets after Alabama vs UGA.

I am out here in Vegas for the fight, and even though the food is reminiscent of my time at Rikers Island, Top Rank and ESPN has put together a very safe bubble, from what I have observed so far.

Coverage starts at 7:30 PM Eastern with Main Card to begin after 10 PM... All coverage LIVE on ESPN and ESPN+. 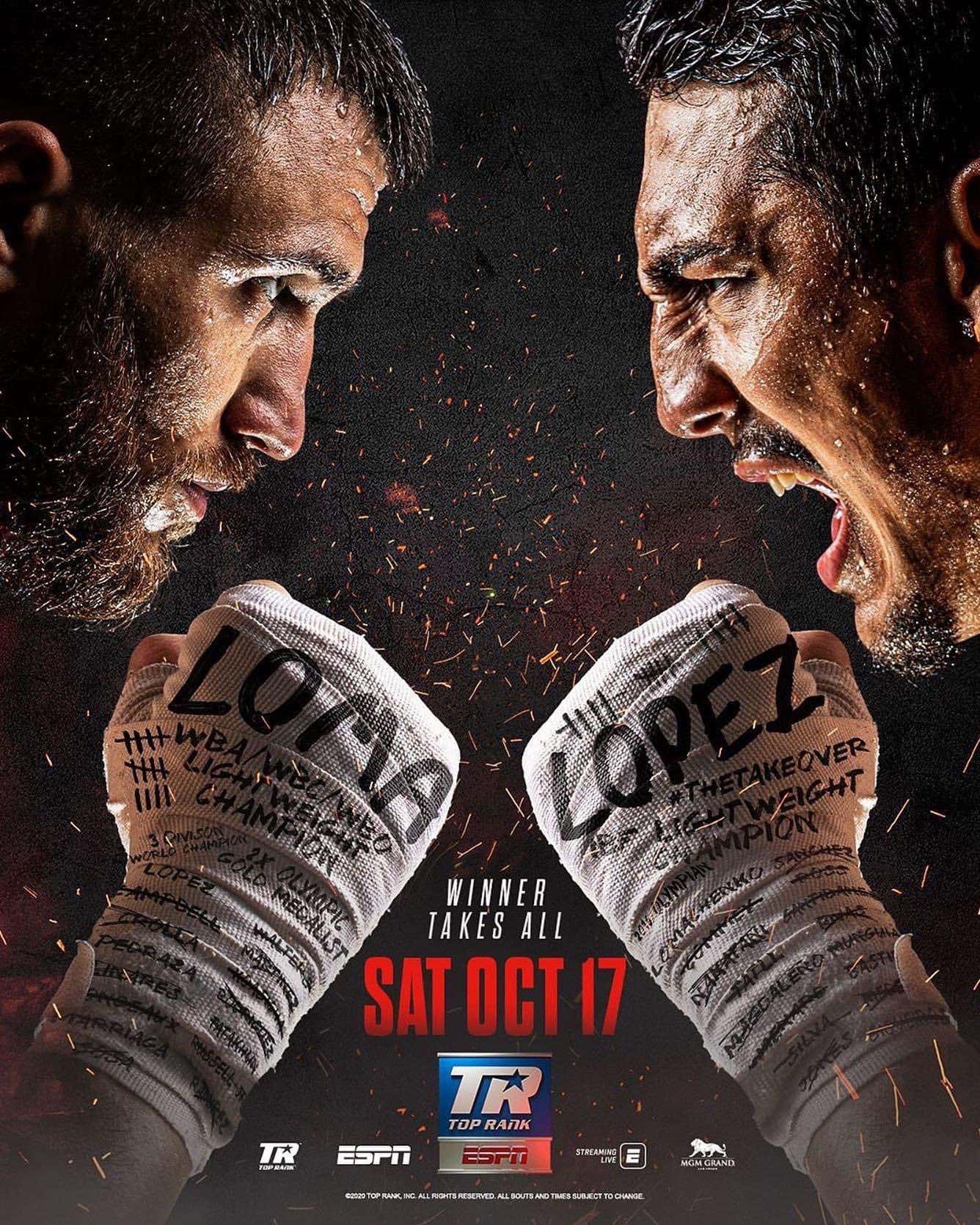 Saucedo vs Barboza is a coin flip and I like this Berlanga kid a lot, but I am going to focus on that Main Event and start with tonight's betting favorite (at last check, PENN GAMING'S hot new Barstool Sportsbook app had Loma at -400 and Teo at +350).

Vasyl Lomachenko is my favorite fighter to watch, and I am not alone when I say I consider him the best pound-for-pound boxer alive (followed by Canelo, Fury, and then Bud Crawford). 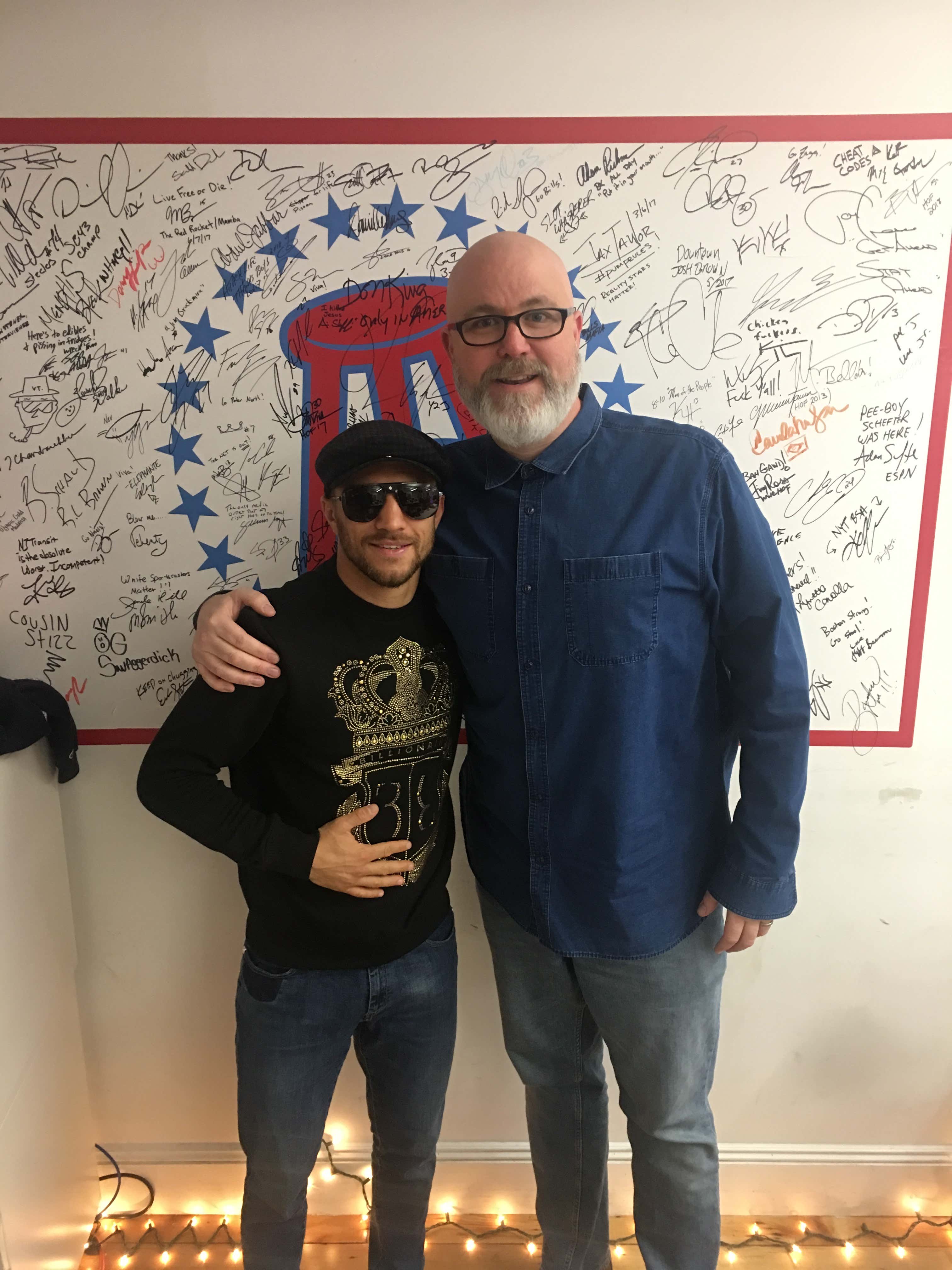 Here's some history- Before turning pro, Lomachenko was considered one of the most successful amateur boxers of all time, with an amateur record of 396 wins and 1 loss (and that only loss avenged twice).  He won back-to-back Olympic gold medals, in 2008 at the Beijing Games in the featherweight division and in 2012 at the London Games in the lightweight division.

I mentioned he is 14 and 1 now, but in only his first 12 professional fights (including one controversial losing decision vs Salido), Lomachenko managed to win belts in three different weight classes: featherweight, junior lightweight, and lightweight.  He’s certainly not the first to do it, but he is the quickest.  The record before Loma was 20 fights by Jeff Fenech, and the second quickest behind Fenech was Oscar De La Hoya, who took 22 fights to achieve the same feat.  Manny Pacquiao fought 41 times before conquering his third weight class.  Floyd Mayweather needed 34 bouts and a no-name fighter called Sugar Ray Leonard did it in 35.

Lomachenko did it in 12.

And if anyone questions the quality of his opponents- Other than his professional debut, all of Vasyl Lomachenko's bouts have been world title fights, INCLUDING a sixth-round stoppage win over Guillermo Rigondeaux in a hugely hyped 2017 junior lightweight title defense in the only bout ever between two-time Olympic gold medal winners.

If this is your first Lomachenko fight, I think you’re in for a treat.  He’s a busy fighter who throws a lot of combinations and has better lateral movement than any pugilist these old fat eyes have ever seen.

As a southpaw, he hits that angle off of his opponent’s jab and then basically runs circles around fighters while delivering precise punches in bunches.  As a young boy in Ukraine, his parents sent him to dance school before he ever picked up a boxing glove, which accounts for some of his unmatched footwork.

Not necessarily known for his knockout power, BUT since 2015, he has fought 11 times and only 2 of those fights went to the cards.  And during that stretch, opposing foes have been so frustrated with Loma’s ability to attack or counterpunch from their periphery, that he had a run of 4 out of 5 fights that ended with the opposing corner throwing in the towel in between rounds…  Which has led to the nickname “No Mas-Chenko”.

"So does that mean you like Lomachenko tonight, Large?"

No… Not necessarily… Lemme keep talking until I convince myself either way.

Those are all the positives on Loma.  Here are the chinks in the armor.

I know a 14-1 record comes along with the assumption that Lomachenko has a similar amount of ring rust as his 15-0 opponent… But I can't stress enough how much more Loma fought as an amateur… Teo fought maybe 180 times before he went pro… Loma fought almost 400 bouts.

He is shorter, less powerful, and has a reach disadvantage of over 3 inches.

Most importantly, I watched the Jorge Linares fight last night where Vasyl survived a knockdown in round 6 to win via TKO in round 10 after a perfectly placed liver shot sent Jorge to the canvas.

But that knockdown in Round 6 is so fucking concerning.

As Lomachenko hits these weird angles and moves around bigger right-handed fighters, a missed jab leaves him open to a straight right hand.

Take a look at what happened here in the aforementioned knockdown.

Southpaw vs orthodox has you knocking jab hands on the same side of the fighters' bodies… They are basically fighting in a mirror.

You see Loma's right jab come over Linares' left hand?… And then Loma's natural inclination to pivot to his right, in an attempt to "hit an angle"?

Well, that left him wide open for a straight shot down Main Street, which Jorge quickly threw and landed cleanly.

My issue with this is simple- Teofimo Lopez hits a LOT harder than Jorge Linares.

(by the way- That's me "breaking down tape"… you're welcome)

Please!… I am trying to figure it out also. 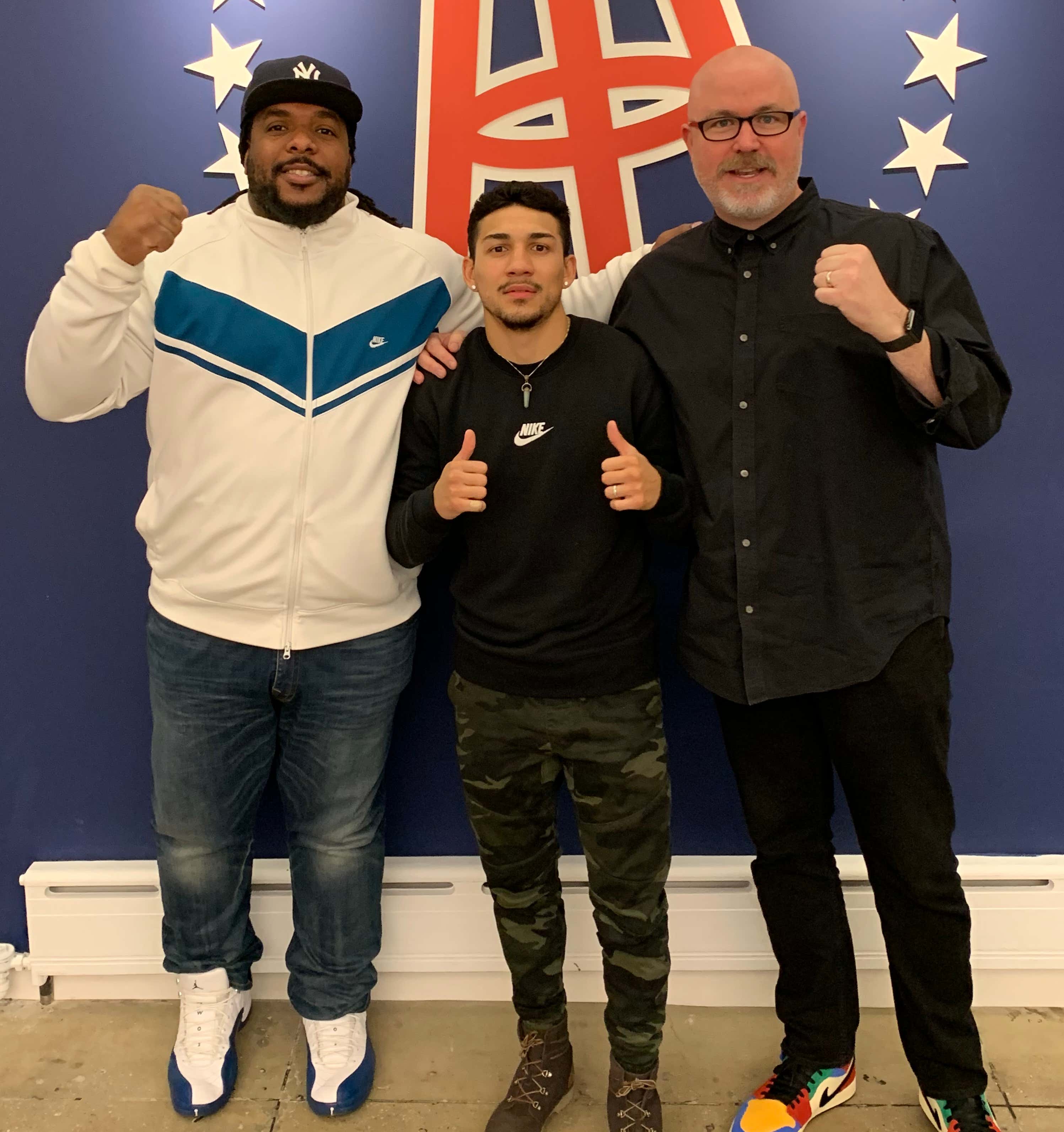 There is a lot of buzz around this young man and his ability to be a star in the division for a long time.

And his impressive win over Richard Commey gave the world their first real glimpse of his punching power.

I know, asshole… But Teo's previous uninspired decision over Masayoshi Nakatani had a lot of people scratching their heads.  So my point is, he put an end to all that head-scratching by knocking out a tough Ghanan champ in the second round at MSG to win the IBF lightweight strap.

Since I am such a Loma stan, I have been asking people about Teofimo, and here is the consensus… He's a very good defensive fighter who has KO power with either hand.

Not only does he have power, but he also has the discipline to set up shots… Seems like a nuance, but it's what separates fighters like a young Roberto Duran (who was able to throw his hands of stone like guided missiles) from a guy like Deontay Wilder, who can throw arguably harder than anyone alive…

but tends to throw from his shoes and hope it lands…

I think Lomachenko can negate raw power with his footwork, but Teofimo has a lot more poise than your typical raw power fighter.  And poise + power leads me to believe he has more than a puncher's chance tonight.

So what are the chinks in Teofimo's armor?

Well, tonight, the quality of his opponent leaps to mind, but here are some others…

1) Teofimo is arguably too emotional, and people who have been following him know what I mean.

Lopez lets things get in his head, and even though he AND his father have been trying to stir the pot with Lomachenko's camp, Loma continues to have those focused dead-shark eyes.  Meanwhile, both Teo and his dad look like they can become unhinged at any moment.

Unhinged means less poise, and I just mentioned that poise was one of the things Lopez needs tonight.

2) Lack of experience- At 15-0, even tonight's promoter Bob Arum said in my extensive interview with him that Teo might not be ready for this bout.

And when a talented young person like Lopez gets a big fight like this, it can go one of 2 ways:  He can "shock the world" like a young Ali did when he had no business getting a shot vs Sonny Liston in 1964… Cassius was a 7–1 underdog then, and after a brutal beating, Liston did not answer the bell for the seventh round, so Clay was declared the winner by TKO.

Obviously, Canelo was able to snap back from that loss, and catapult himself to the biggest non-heavyweight name in the sport… Not sure if Lopez will be that lucky in a loss.

I think this is going to be a great fight.  And, after going on for 2,000 long-winded words, you can tell I can see both guys winning.

The key is pretty simple: If Loma gets either behind or outside Lopez’s lead shoulder, then he can spin Teo around all night, and point him to death.

HOWEVER, if Lopez can keep Loma in between his shoulders… Lined up in front of him, then Lopez can punish Lomachenko with a power he hasn't felt in some time.

And THAT scenario is enough to get a couple of bucks from me.

I'll take Teofimo under 10.5 rounds in an upset.

One thing I didn't mention was the weight, and that winds up being the deciding factor in my pick… He might be 4-0 since arriving on the 135-pound scene in 2018, but Lomachenko has shown some of his first flashes of being an actual human at lightweight, which is probably 1 division above his optimum weight.

Vasyl Lomachenko is the favorite for a reason… He is a far more talented boxer… But Lopez does have a clear path to victory tonight, and it's all about proving that lightweight is too big for Lomachenko… Or, at the very least, Teo's punches are too big for him.

Enjoy the fight, everyone, and out of deference to the Ukrainian phenom…

Just thought of one more thing…

Remember the Linares fight I talked about earlier?

Well, at the time of the stoppage, two judges had each fighter ahead 86-84 on their respective scorecards and the third judge had it 85-85 even…  Which potentially could’ve caused another annoying DRAW.

This is shaping up to be the type of fight where a tactician could get a lot of points for controlling the fight, but the slugger could get some big rounds on knockdowns… That fucks up scorecards and makes for DRAWS.

Plus… If this fight lives up to the hype, boxing might want a Loma vs Lopez Part 2, and the only way Loma gives that thought is if he loses or draws.

So, I will also throw a little on a very longshot DRAW.