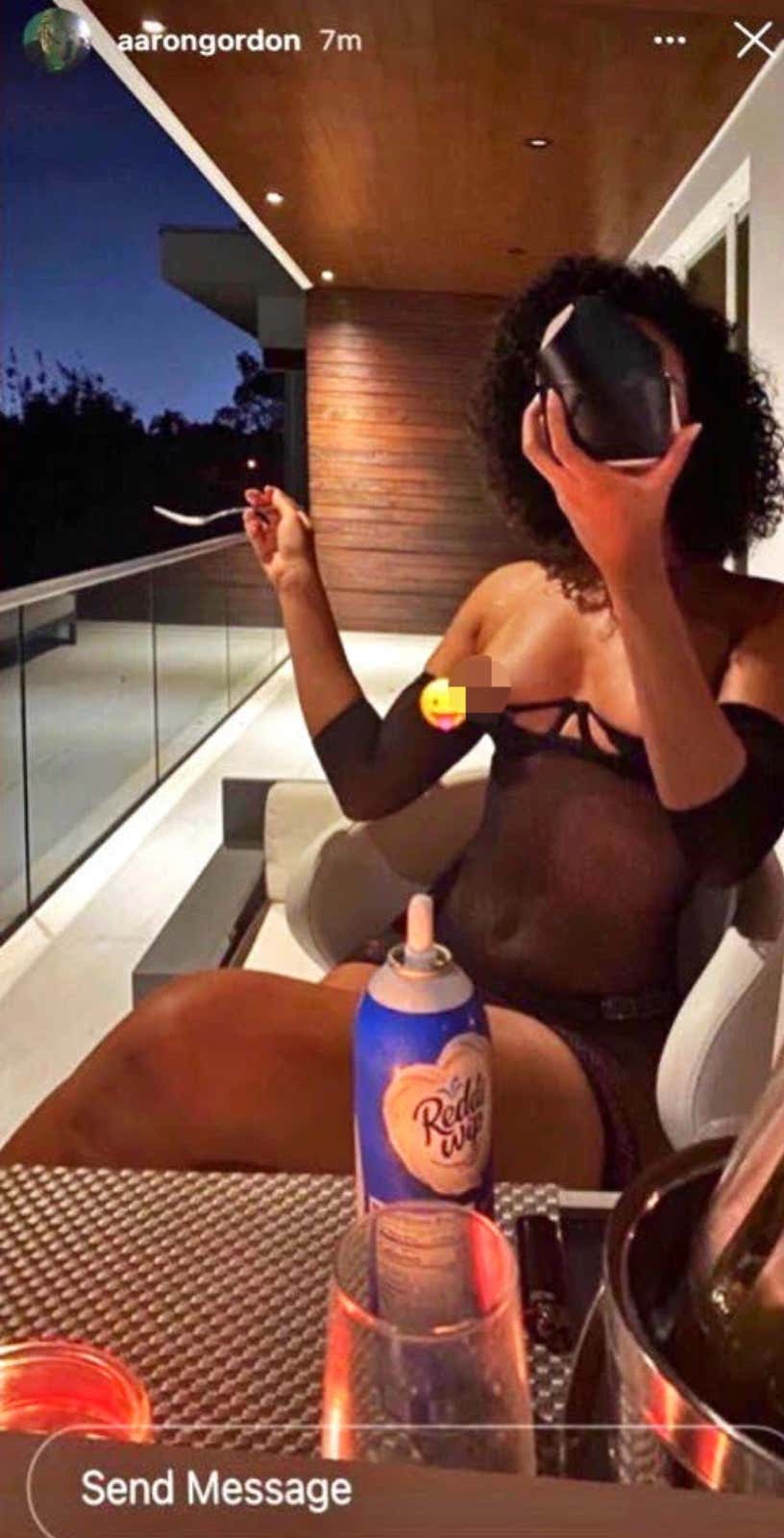 NY Post - Earlier this week, Orlando Magic forward Aaron Gordon accidentally shared an explicit photo of girlfriend Izabela Guedes on Instagram, in which her breast was exposed, via Awesemo.com. Although the 25-year-old athlete tried to cover it up with an emoji, it was misplaced.

Guedes, a model and swimwear designer, frequently shares bikini-clad shots with her legions of Instagram followers.

“You could say I’m doing alright,” he captioned the clip, to which Guedes replied with two fire emojis.

I'm a big fan of Aaron Gordon. He's a blue-collar guy like myself. Does the dirty work on a squad nobody really takes seriously or cares about.

And he's dating an absolute dime.

And he just so happened to pretend to accidently share a topless photo of her with the world.

Make no mistake, this was an intentional move by a "man's man", disguised as an accident.

He knows he's eating A1 wagyu beef every night, so why not share a taste with the fellas?

"Damn babe, I meant to put those emojis over your nips. I'm such a moron."

p.s. - his girl not even being mad and making him take it down, but instead commenting with fire emojis just makes her that much hotter.

p.p.s. - it took me everything in my power not to drop a "Primal Fear" quote regarding "Aaron" in this blog so that I don't lose this job.