AUTHOR'S NOTE: This is a throwback blog, originally published on January 3rd, 2020; a much simpler time. I think Pup Punk actually had a concert the next day. Imagine that? A concert?! Damn.

Anyway, I figured with The Mandalorian's Season 2 premiere just two weeks away, though, that it'd be a fun Friday read for anyone who might've missed it the first time, so here ya go....

'The Mandalorian' just wrapped up its first season on Disney+ over break, and as someone who's seen a lot of Star Wars in my day, I can honestly say that as a whole, it was one of my favorite pieces of Star Wars content ever. I found myself waking up at 6am for the new episodes, getting giddy and cheering for the biggest moments when they hit, and thinking about the show for hours on end after the credits on each installment hit. I know that may not mean much to some of you, being there's very little Star Wars content I don't enjoy, but I really don't give a womp-rat's ass. I love Star Wars (and the Star Wars Universe) more than anything, and that ain't ever going to change, so you're either in for the ride here or you aren't.

After the (tremendous) finale they had, though, I thought I'd compile a list of my favorite moments from the series so far for the blog, and here they are!

Don't forget - Clem and I have recapped every single chapter of 'The Mandalorian' in My Mom's Basement, so go back and check those out if you'd like some more in-depth breakdowns.

Note: I tried to avoid throwing any little Easter Eggs/references on this list, keeping it to just "moments" or bigger aspects of the series, so don't be offended if you don't see your favorite 'Life Day' shoutout on here. Oh, and obviously, SPOILERS! 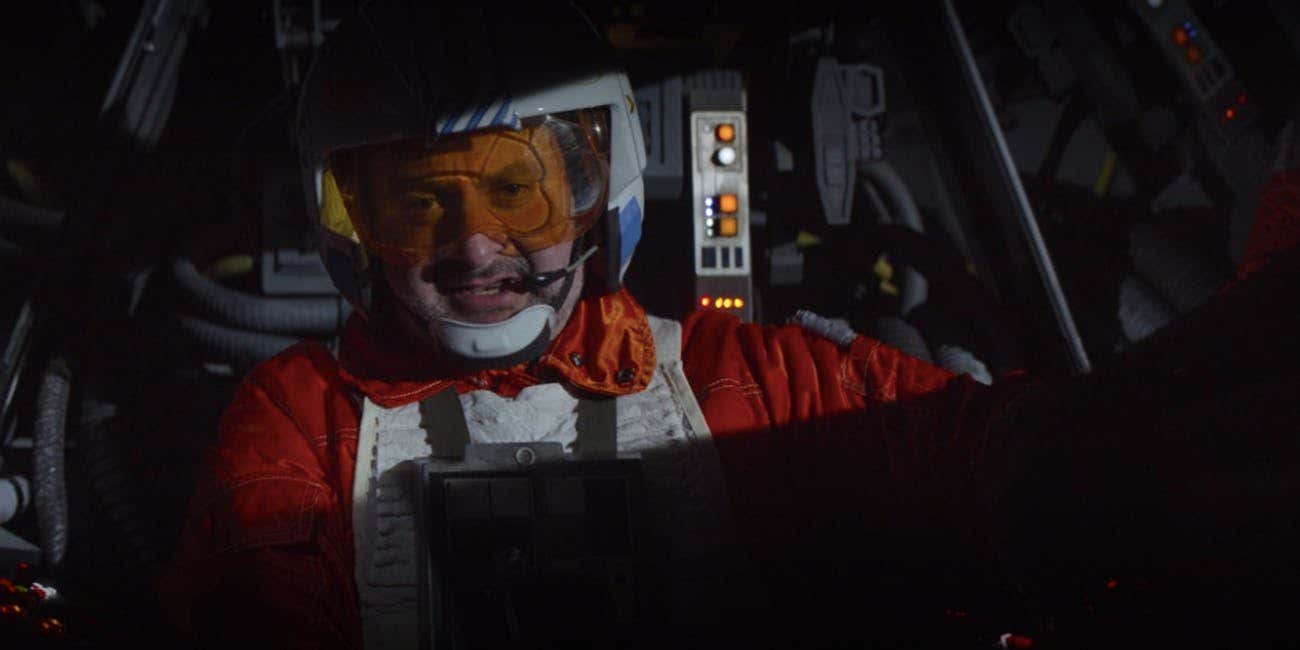 Kicking things off with a great bait and switch, and the only X-Wing appearances of the season! Just when you thought you had all the answers for our boy Mando, he changes the questions!

I loved seeing a few of the show's directors as the pilots, as well. Thought that was great. 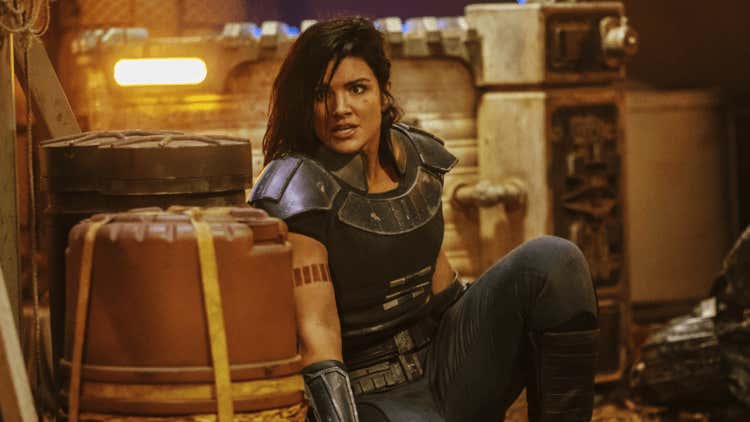 I think Cara Dune (played by Gina Carano) is one of the best characters in the entire series, and her introduction on Sorgan, where she beats the fuck outta Mando for a bit - punching him right in the Beskar helmet without flinching - culminating in a standoff in front of Baby Yoda, was so unique and fun that it earns a spot in my top ten. Can't wait to learn more about her next season.

I don't have a ton to add to this moment, which is just a DOPE action sequence, but I really loved it happening with the help of the jetpack we wanted Mando to get all season. Great way to tie that up and satisfy the fans at the end of this story.

7. Bill Burr Rips On Everything In Star Wars - (Chapter 6)

From the Stormtrooper dig to the Jar Jar impression and Rebel roasting session, nobody was safe from ol' Billy Blastahs - aka Mayfeld - in Chapter 6 of 'The Mandalorian' and it was everything we never knew we wanted and more. We NEED more Bill Burr in Season 2.

6. The Mandalorian Goes Back For Baby Yoda - (Chapter 3)

John Wick-style Star Wars replacing Keanu Reeves with The Mandalorian and his 1969 Ford Mustang with Baby Yoda? Count me the fuck in. Mando finally got to pay off his line about liking odds against four stormtroopers, as well, in a very Yondu-esque fashion. 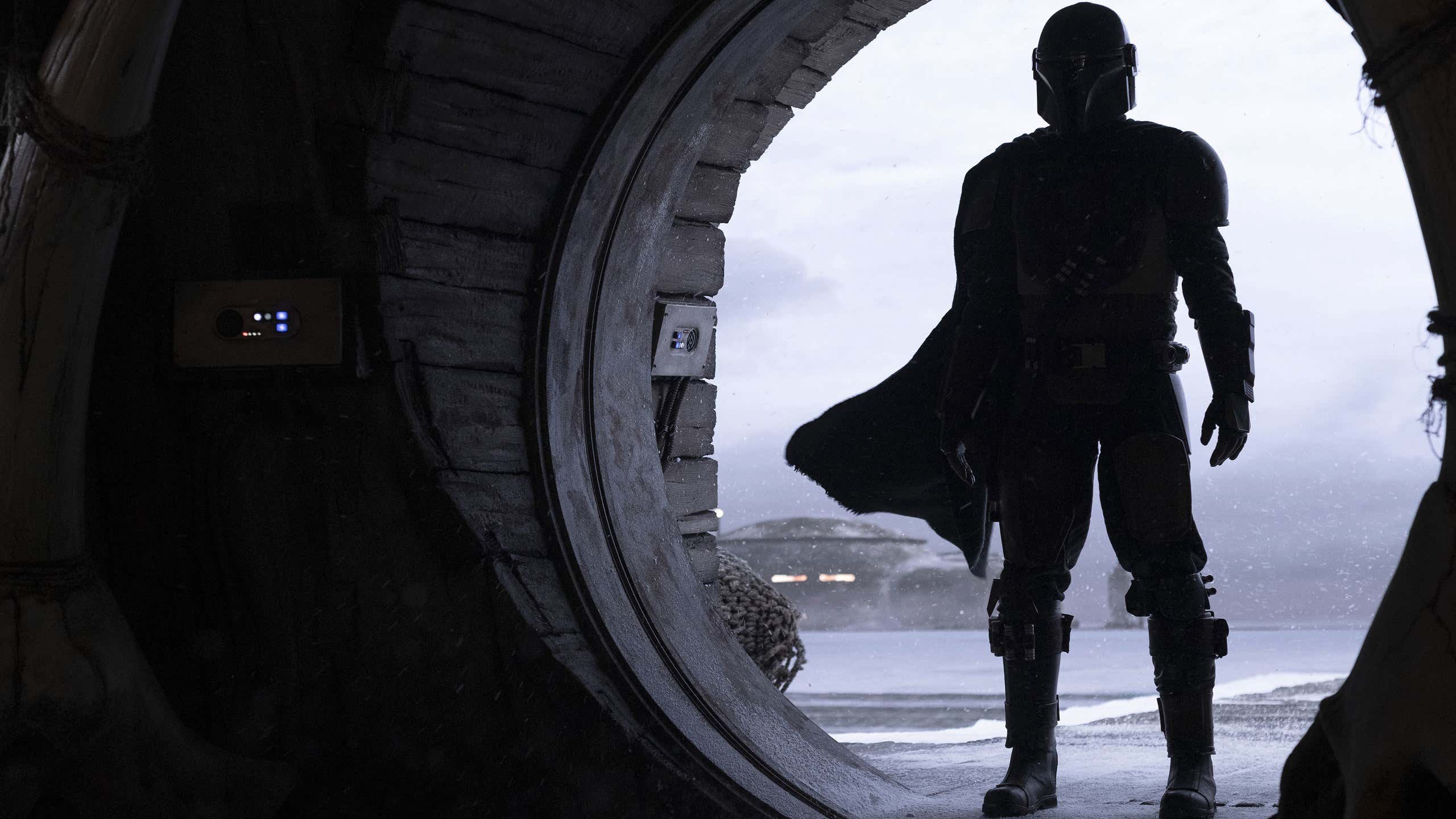 I'm giving the very first scene in the series a slot in my top five because of the tone it set immediately. This was Star Wars like we've never seen it before. This is a grittier and more grounded look at some of chaos that goes on in the galaxy's underbelly, and this moment let us know that the man we'd be following was not to be fucked with.

Mando's first doorway-slice kill here still may be my favorite in the show.

I love everything about the inclusion of The Darksaber. It was a shocking reveal, shot beautifully, and served perfectly as our season finale cliffhanger. It also added layers of depth to the Moff Gideon character, and referenced back deeply into the lore of Star Wars (specifically 'The Clone Wars'/'Rebels' cartoons), but worked for even the most casual of fans as well, who went: "Oh shit, cool! It's a black lightsaber!" 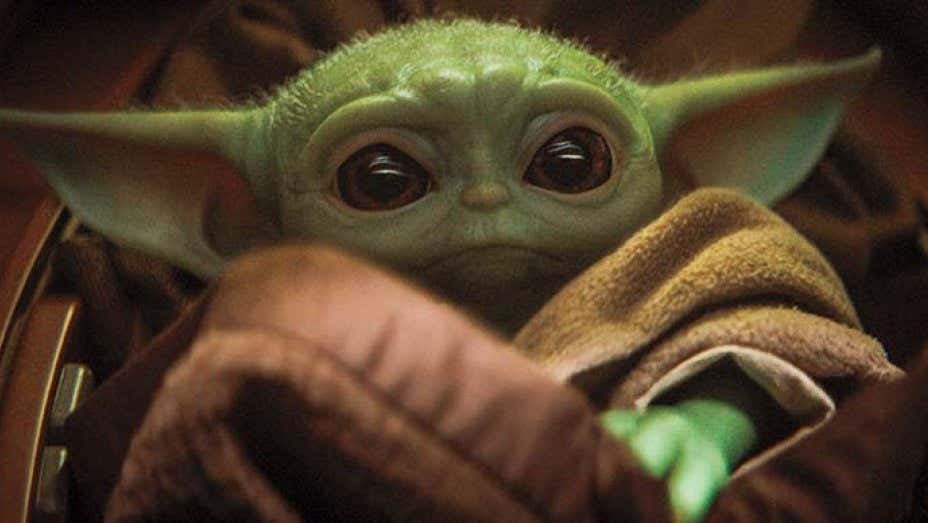 I've heard some say that when you first look your newborn in the eyes, you fall in love instantaneously. Upon my first glimpse of Baby Yoda at the end of Chapter 1, I realized that was entirely true. It's only been about two months but I can't even imagine life without him now.

Since I was little, I've always been super into Mandalorians. I don't know how you couldn't be, honestly…Boba Fett was the coolest looking mofo in the galaxy for decades, and we had just seen a brand new bounty hunter join the fray in the form of his father: Jango Fett. I was allllllll about the Fetts back then, not even truly knowing their backstories or anything, just imagining it was as badass it gets. I had the toys, the video games, some of the comics - hell, I even dressed up as Jango for Halloween when I was seven! 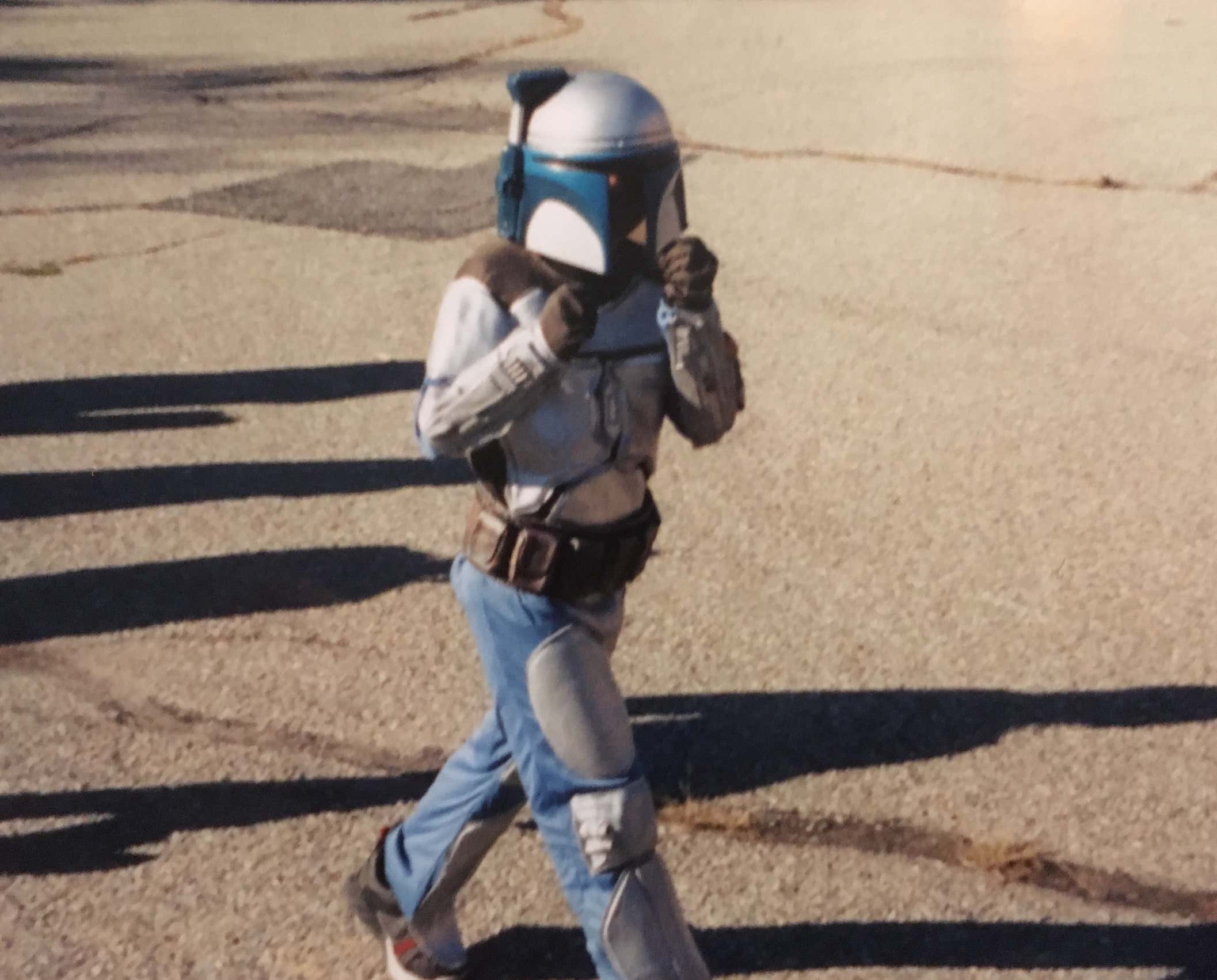 Many times, I'd find myself playing with my Star Wars figures in my (mom's) basement, and Boba Fett - acting as my hero - would cornered…UNTIL A BUNCH OF OTHER BOBA FETTS AND JANGO FETTS CAME IN ON THEIR ROCKET-FIRING JETPACKS TO SAVE THE DAY!!! It's a sorta silly thought as a kid, but one that plays out in the imagination of a child constantly if an arsenal of bounty hunter toys if in front of him, and at the end of Deborah Chow's Star Wars directorial debut - my dream became a reality. Fucking Mandalorians to the rescue, baby.

This is the way. 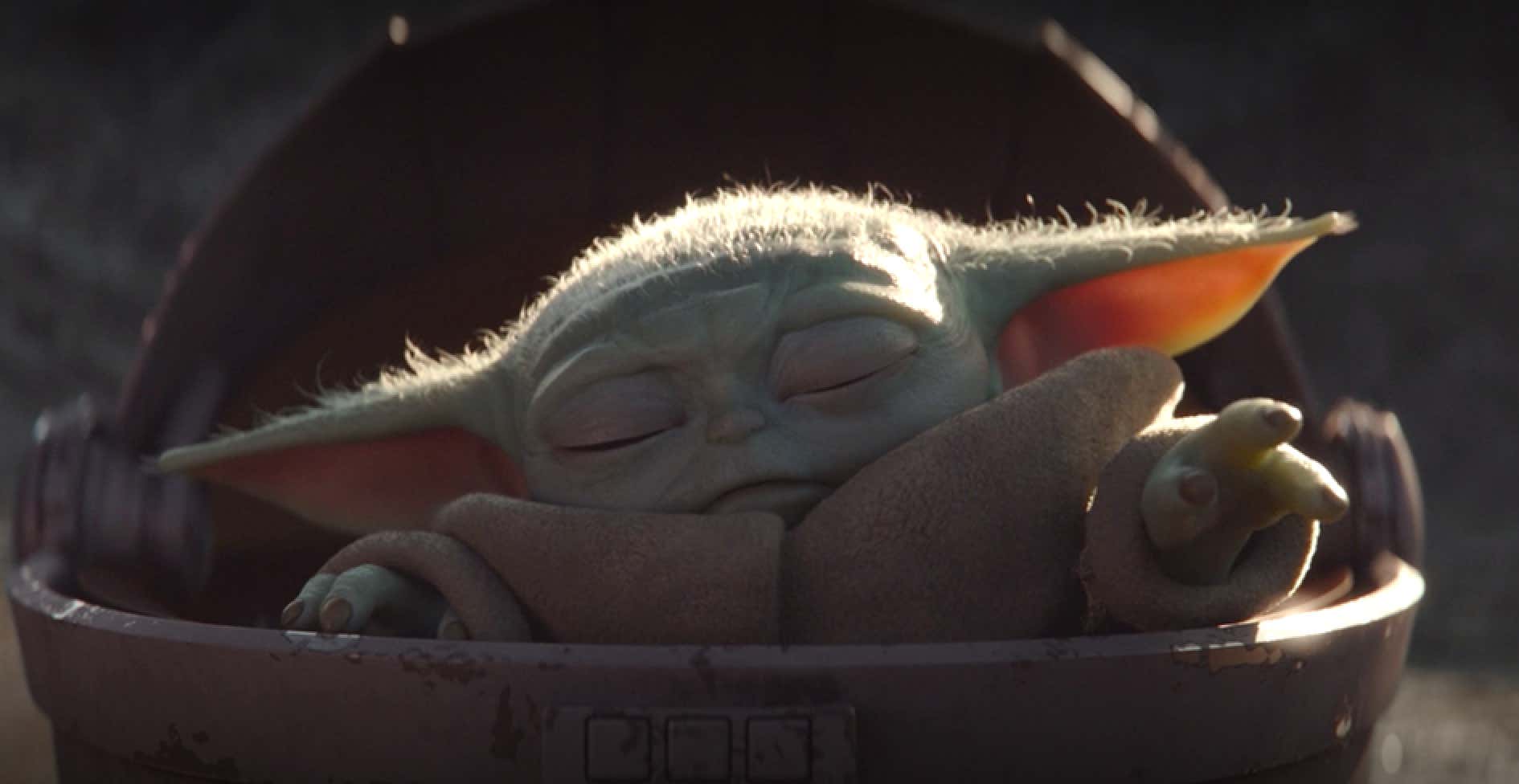 1. Every Time Baby Yoda Did The Magic Hand Thing

Listen, I know I'm sorta cheating here, but I couldn't decide between all of the cute ass moments where Baby Yoda used the Force, so they're all included as my #1 pick. Sue me.

From the initial Mudhorn standoff, to the seeming destruction of Zero the Droid, to the over-protective Force Choke to Cara Dune, allllllll the way to the incineration of the Incinerator Stormtrooper, they were all just absolutely phenomenal and filled me with insurmountable joy. I love that little baby with all my heart.