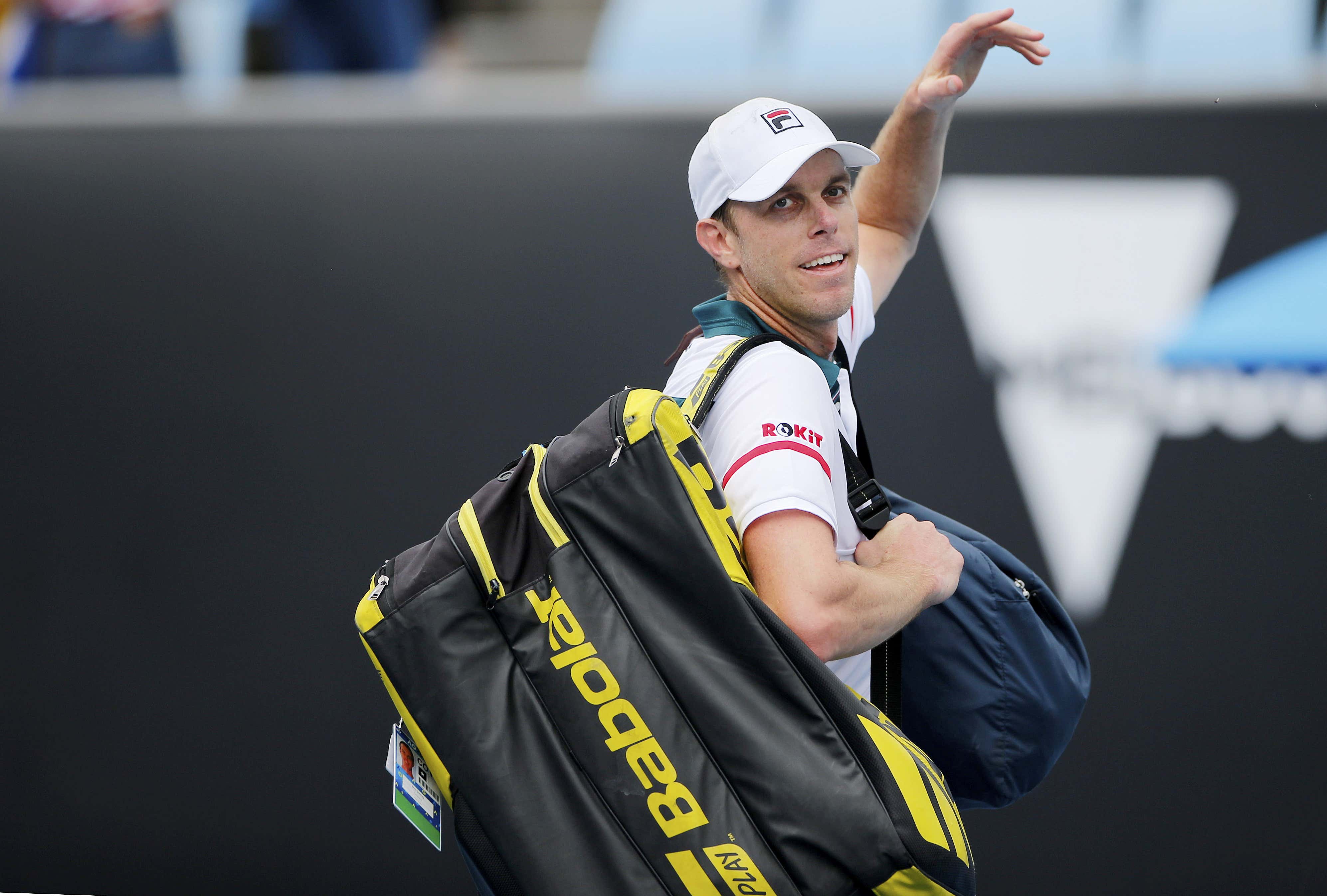 Happy Friday. Get ready for a story in the tennis world that resembles something out of a Mission Impossible movie (kinda). As reckless and idiotic this story is, it's equally as crazy and entertaining. Sam Querrey is an American tennis player ranked just inside the top 50. He was recently entered to play in the St. Petersburg Open located in Russia. He flew out there with his wife and their 8 month old son for whatever reason. You'll learn bringing them made little to no sense.

Just before the tournament began, Querrey and his family underwent covid-19 tests as part of the tournament's protocols. They did not pass.

Querrey obviously was forced to withdraw from the event and began to follow the protocols, isolating himself with his family in the 5 star hotel they were being put up in. Everything was fine until the Russian government stepped in with their own rules and wanted a health official to check them out.

Yeah quarantining in a five star Four Seasons hotel sounds all well and good until you find out a Russian doctor is about to show up and decide if you, your wife, and your 8 month old have to spend two weeks in a hotel or a hospital. Obviously hindsight is 20/20 but maybe don't go to RUSSIA during a global pandemic with your family. They make their own rules there. They don't care. You fuck up you might wind up dead.

When the doctor came to examine him and his family for symptoms at the hotel, they did not open the door. Good way to hide from your problems is to completely ignore them. The doctor reportedly made two visits to the hotel but had no luck in getting ahold of them. That's when Querrey had enough and decided to channel his inner Ethan Hunt. It was on Tuesday that a hotel security camera caught Querrey and his family leaving the hotel unannounced at 5 in the morning, never to be seen again. Turns out they hopped on a private jet that morning and fled Russia, likely to a nearby country where you didn't need to pass any tests to enter.

Now they are hiding some private location in an unknown foreign country, laying low until the virus has run its course and they can go home.

Someone managed to track the only private jet out of St. Petersburg on October 13th and saw it make a stop in Denmark before moving on to England. The internet is WILD that someone tracked this shit, but I mean that has to be him right?

All of this is NUTS. Querrey and his family were naturally terrified of the idea of being holed up in a Russian hospital for 14 days. Instead they opted to flee the country, essentially as fugitives and are currently being forced to hide like Edward Snowden in a secret location. Whenever he returns to the United States he'll almost certainly be met with a severe punishment. The ATP could suspend him for a year or more from the tour. I feel like they almost have to make an example out of him.  It's obviously insanely reckless what he did, but Russia is one scary place to be trapped in. We've all see the movies and heard stories so you can imagine an American family might not feel the most welcomed in Russia of all places. I bet he was terrified at the thought of being separated from his 8 month old in a foreign country like that, so he pulled off his best Harrison Ford impression, evaded the government, and is now a fugitive. I honestly can't blame him there. Last place in the world you wanna be stuck is Russia.

Moral of the story, don't go to Russia during a global pandemic and definitely don't bring your family which includes your 8 month old son. If you're suspicious enough about the country and how they handle things beforehand, then why are you bringing these people with you? You very well know there's a chance you contract this virus considering upwards of 20 people have had it on tour. What a bizarro world story but that's the tennis world baby. We've got idiots all over the map. That being said, what a fucking move by Querrey. Didn't know he had it in him.