Today I did a little bit of a test within the office to see if some of the people at Barstool SPORTS know there SPORTS.

The question? Who has the most followers of any NCAA athlete?

Some of the answers:

-RJ Hampton (never was in NCAA)

-Lamelo Ball (never was in NCAA)

No one guessed the right answer: UConn's Paige Bueckers. 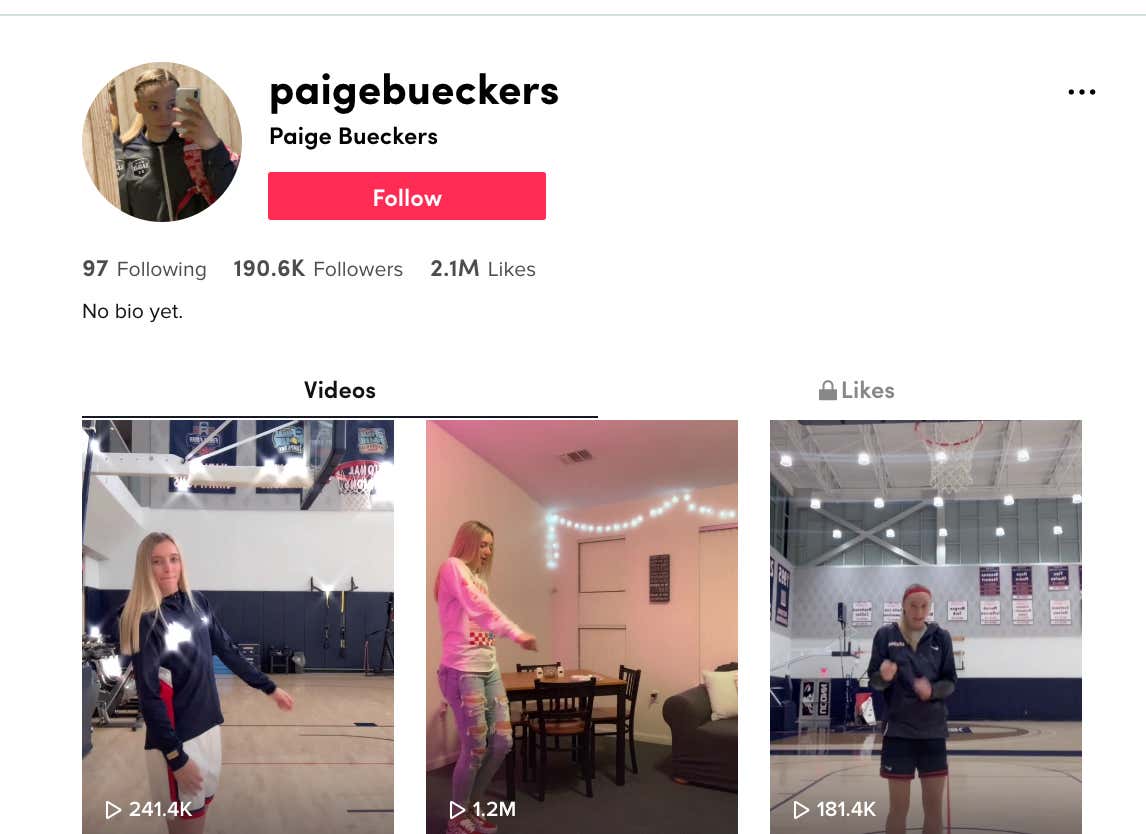 Including her Twitter (30k), Paige has 780k followers in total. That beats out Trevor Lawrence by just under 100k followers (Trevor doesn't have TikTok).

You could argue that Bueckers is the future of women's basketball, so of course, she chose to go to UConn.

Even her coach wants to be just like Paige when he grows up:

SOURCE-Paige Bueckers brought a basketball reputation celebrated like few others to UConn from her home in suburban Minneapolis. She has 559,000 Instagram followers, a TMZ or People Magazine-type appeal and a frivolous personality that screams reality TV potential.

While discussing her recent life transition and her relationship with a new coach Wednesday evening after the Huskies' first official practice, Bueckers turned producer by turning the camera of a Zoom meeting toward Geno Auriemma.

“She’s a Kardashian,” Auriemma said while leaving the gym.

Earlier, he had quipped, “Paige, she is my idol. Paige is famous for being famous.”

How much is all of this worth? Here is a study from Opendorse on 538:

GET THAT MONEY PAIGE.

P.s. As I was writing this blog I realized I forgot to look up Mac McClung, who surprisingly has 724,000 followers on Instagram. He has about 30k more followers than Paige, but when you adjust for how long they've been in college, Paige has more. I ran the formula, trust me.