This is one of the more random songs to ever occur but in 2010, a young rapper from Pittsburgh and an All-Pro NFL cornerback came together to make the song above, called Friday Night Lights.  Revis was rapping under the name "Mr Manhattan" presumably since he played for the Jets in East Rutherford but was probably doing most of his partying on the other side of the river in NYC.  At this time, Mac Miller was not the overwhelmingly loved figure that he was a little later in his career.  This was before Best Day Ever, and before "Donald Trump", and he was still Easy Mac with the Cheesy Raps.  Darrelle Revis is from Pittsburgh and played for the Pitt Panthers, so you have to imagine they became friends through that.  Its a crazy crossover from a 2020 standpoint but I didn't even blink when it came across Hypefloats in 2010.  Not ashamed to say me and my friends actually listened to this at least a couple times while pregaming in my dorm room in Appleton, Wisconsin.  It definitely happened.

Shoutout to one of the first ever Barstool shirts I bought that I still have to this day.  Not sure why on EARTH a kid from St. Louis was buying a New York Jets shirt but honestly I was just such a big Barstool fan and probably watched Hard Knocks with Rex Ryan and got caught up in the hype of Revis Island.  When you at 17-19 years old you do a lot of things that you just estimate are in the range of "cool" and don't really worry about the specifics. 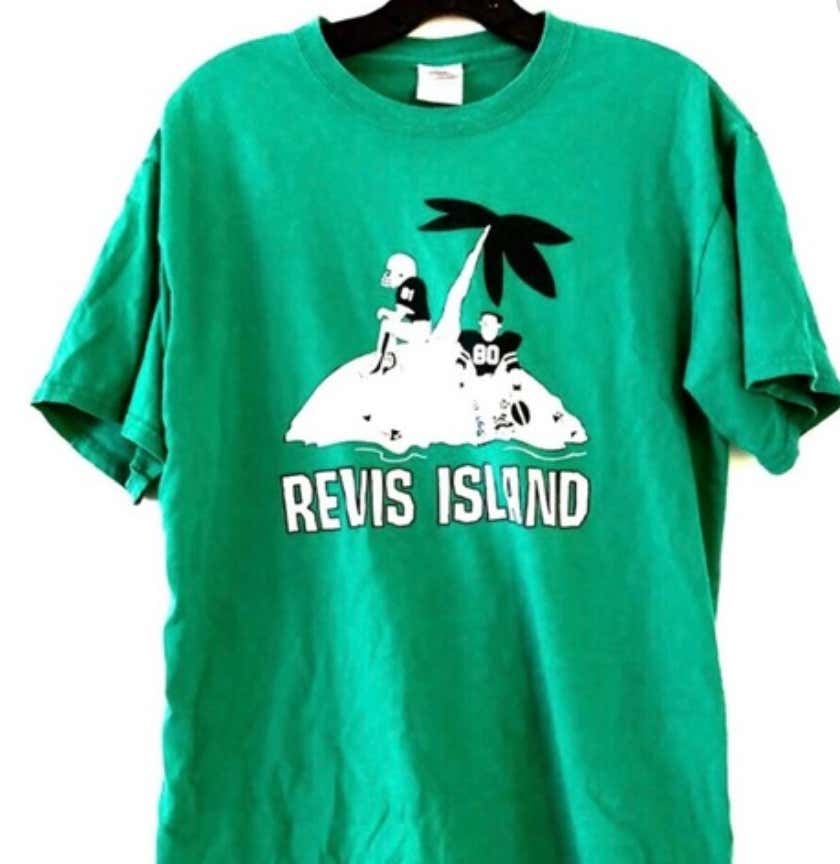 What a time to be alive!