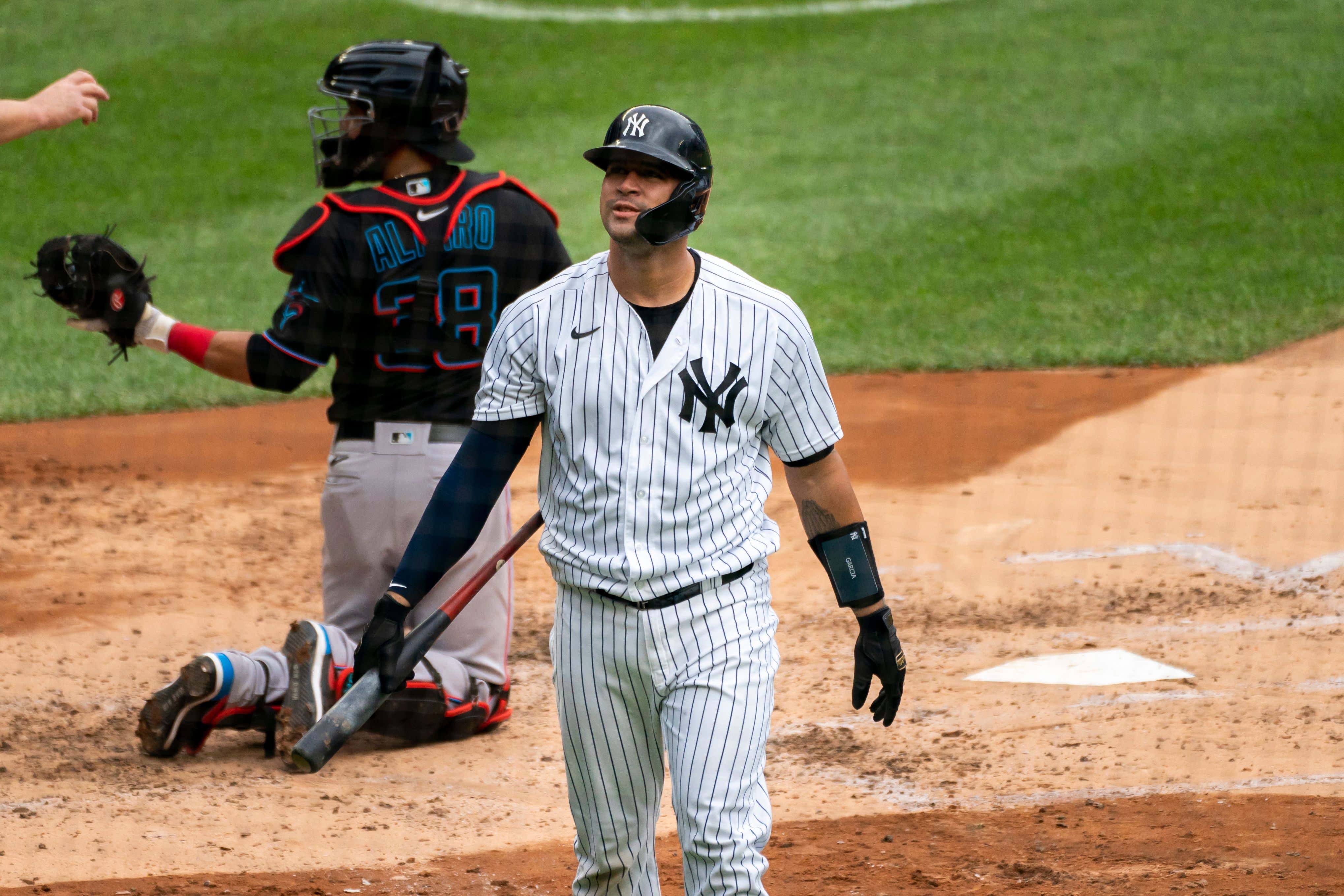 For the first time in his career, Gary Sanchez will enter the 2021 without a guarantee he'll be the Yankees starting catcher on Opening Day. Oh how the mighty have fallen for El Gary. Back in 2016 the only thing preventing him from winning the AL Rookie of the Year award was that he played in just 50 games (and he was on the Yankees). In 2017 he received MVP votes! We're only a year removed from this man being named to the American League All Star team.

Despite all of that, over the last three seasons these are the numbers we're looking at: 200/.296/.453 with a .748 OPS in 244 games. Not great! Combine that with bad defense and frequent injuries, how can this be a dude counted on year in and year out? 2020 was the first time the Yankees flat out benched Gary, and it was the right move. Now we're finding out they went as far to try and trade him back in August according to Mark Feinsand of MLB.com. Holy moly!

According to sources, the Yankees were open to the idea of trading Gary Sánchez in August, though no deal ultimately came to fruition. Could the Yankees move Sánchez -- who is arbitration-eligible for two more seasons -- and make a play for Realmuto?

It took 17 games for Gary to finally get over the .100 batting average bench mark and remain there this season. When the deadline approached the Yankees catcher was hitting .128 and had an OPS of .591. His value had dropped to a new low and the Yankees seemed to have felt he was better suited on another team than their own distraction. Obviously a trade never happened because Gary fucking sucks and no one wanted him. Kyle Higashioka began to get more and more playing time and once he gained the trust of Gerrit Cole, that was really it. For a while the only thing Gary was hanging onto was the faith of the Yankees ace. Cole being such a great teammate clearly saw Gary getting dicked on by the fans and the media. He tried his best to encourage and vouch for his battery mate, but those attempts ran futile. Sanchez was lost. The monster at the plate was nothing but a mere memory. Gary entered the postseason as the backup catcher behind Higgy and only managed to get 8 at bats in the 7 games, resulting in one hit (a homer in Game 2 against the Indians).

So what do you do with him in the offseason? To me it would make little to no fucking sense to trade Sanchez right now. What are you getting back? On paper trading away a 27 year old catcher, a year removed from being an All-Star, who has two years of arbitration left on his deal would fetch you a big return, but that's not the case here. Unless I'm just completely wrong, I cannot imagine a GM offering anything of worthwhile value for Sanchez this winter. What's the Yankees best course of action then? Enter the 2021 season without naming a starting catcher. 30 year old James McCann's name has come up since he'll be a free agent. Sure, you could bring him in too, but at the minimum there should be a battle at the catcher's position between Gary and Higgy. Kyle has earned that right, while Gary has lost his. What you don't do is trade Gary unless some GM loses his mind and actually wants him for a decent haul. If a good reliever comes up in discussions then you listen, but don't give some PTBNL bullshit. Wanna include him in a package deal as a sweetner and try to sell his ceiling? I wouldn't blink, just don't give him away for nothing is all I'm saying.

It's pretty crazy we've gotten to this point with Sanchez where Cashman was trying to deal him in August, but here we are. What you have is maybe the streakiest of hitters, who cannot catch, or really stay healthy. I tried to stay on the Gary train as long as I could, but even I realize this ride is running out of fuel quickly.

P.S. I love JT Realmuto, but I don't love the idea of giving a soon-to-be 30 year old catcher $200 million. If you want to look externally, go get James McCann. The Yankees have several young catchers developing in their system with promise including Anthony Seigler and this year's first round pick Austin Wells. Grab a stop gap guy sure, but don't commit that much money at the catcher position. Let the Mets do that and have it blow up in their face.