So the Le'Veon Bell Sweepstakes is already down to the final 3, with all 3 being the next 3 opponents on the Jets schedule which is extremely Jetsy, and we get to find out which team gets Le'Veon Bell playing with the fabled Post Adam Gase bump that got DeVante Parker PAID and Kenyan Drake the franchise tag.

Obviously Lev Bell in KC with Andy Reid, Patrick Mahomes, Tyreek Hill, Travis Kelce, Mecole Hardman, and Clyde Edwards-(H)EEEEEEEEEEEEEEEElaire [said in Steve Levy 's voice] seemingly violates numerous competitive balance rules made to keep the NFL as a parity driven league as well as weapons laws passed during the Geneva Convention. Bell going to Buffalo to help Josh Allen's MVP candidacy grow as big as Allen is fun since who the hell doesn't root for the Bills/#BillsMafia and Le'Veon putting Adam Gase's career figuratively through a flaming table with a 200+ yards from scrimmage game when the Jets host the Bills next Sunday feels like its almost destined to happen. Or Le'Veon could go the Ballers route by signing in Miami, enjoying the weather, an up-and-coming team, and maybe the best quarterback I have mentioned in this blog when Fitzmagic gets cooking.

Orrrrrrrrr simply mentioning the best team in the AFC as well as two AFC East teams was just Le'Veon's way of getting someone else's attention.

I have absolutely no inside knowledge of the happenings of New England outside of my boss being an equal part of their dynasty as the HC and QB. But I refuse to count the Pats out of anything that involves wining a championship while also sticking it to the Goddamn Jets. And considering the Jets' next four games, this all kinda checks out. 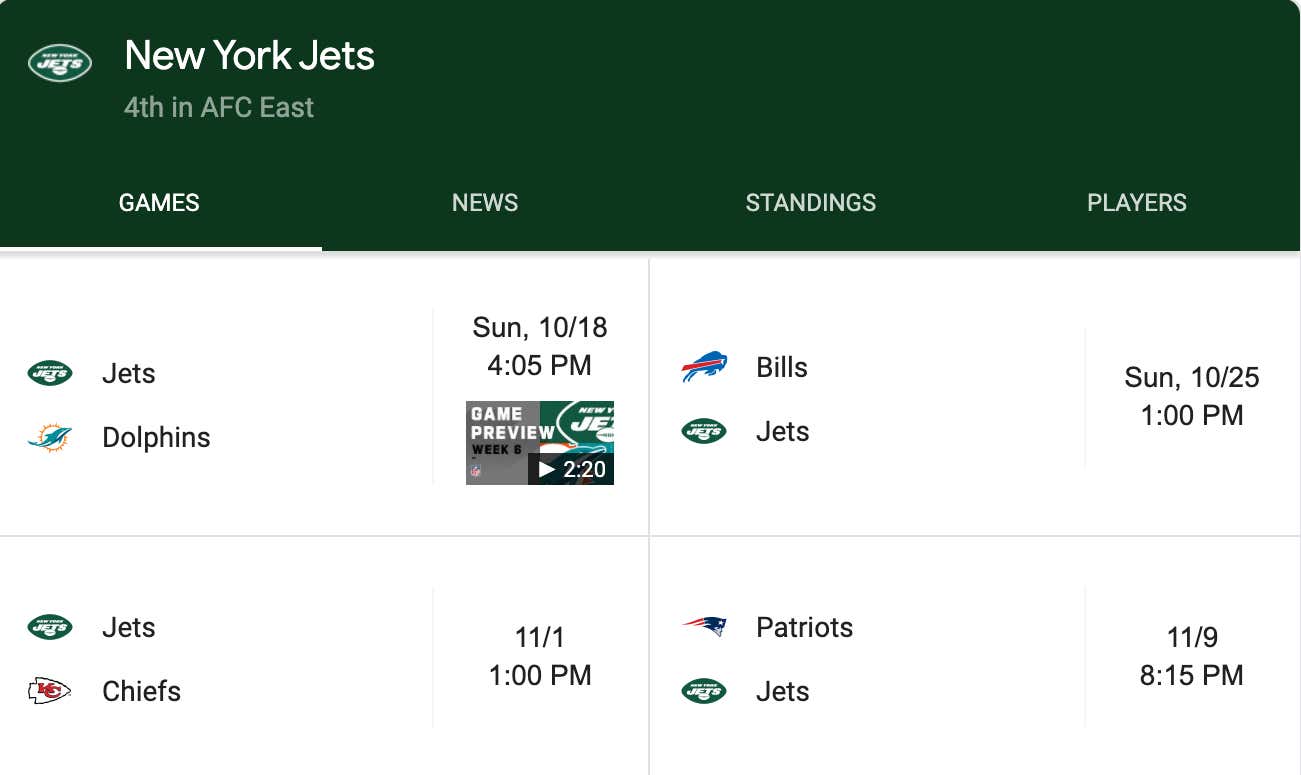 Also thoughts and prayers to anybody that has starting running backs on the teams I mentioned earlier. The #RoJoHypeTrain took a hit when Uncle Lenny Fournette showed up to Tampa Bay but luckily things have smoothed out. But I know there's very few things worse than losing an RB1 because another RB1 showed up.