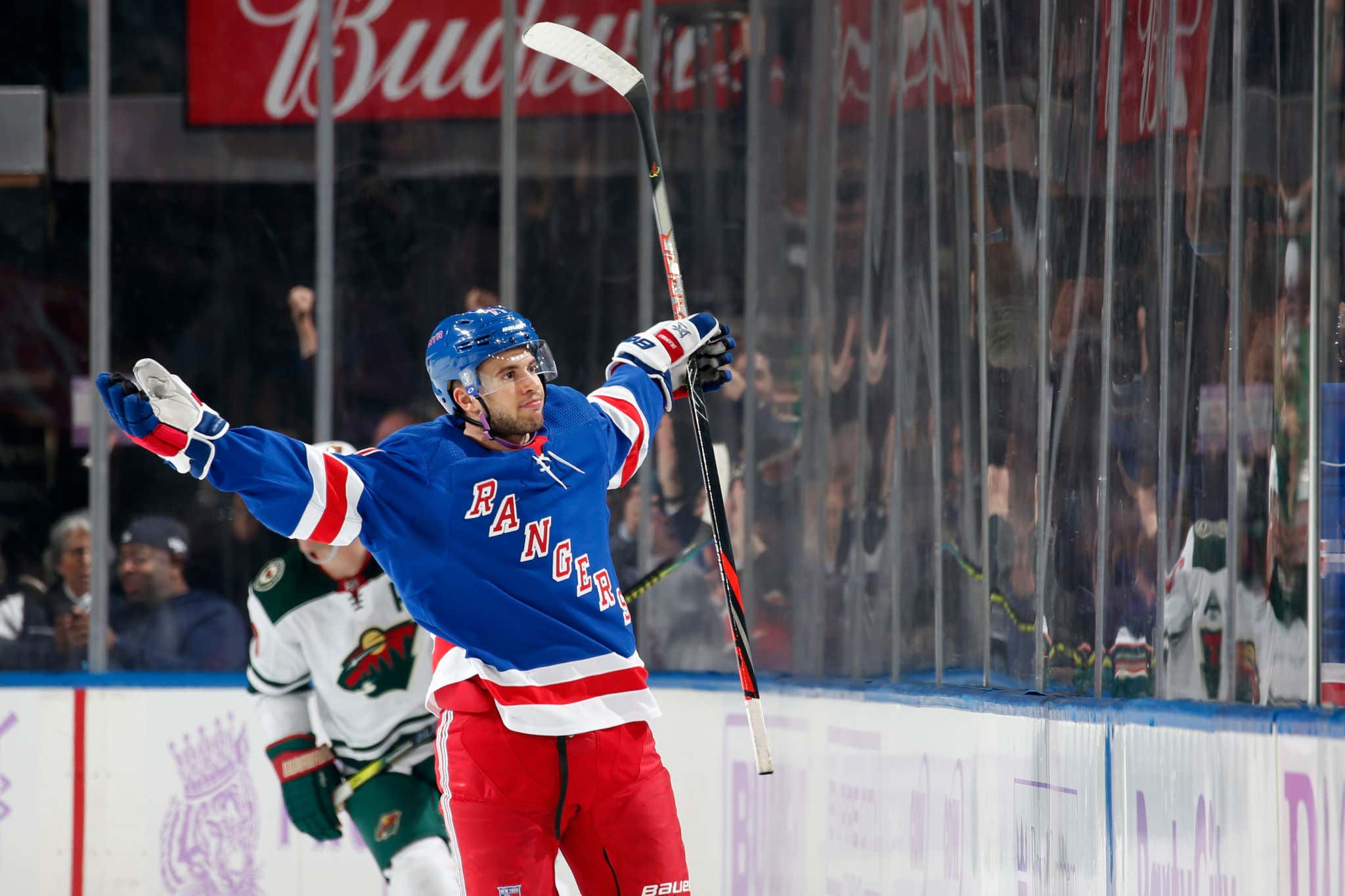 I wrote about Tony DeAngelo a couple months ago so I'm not gonna regurgitate my opinions of him as a player all over again. You can check it out if you want - but bottom line, inking the mercurial 24 year-old blueliner to a 2-year/$4.8M per deal is absolutely perfect for the Rangers. When you finish 4th in defensive scoring you're due a significant raise - especially in your first full season of consistent playing time. Sub-$5M is more than fair, and when this deal is done he'll still have one RFA year left while the Blueshirts reassess their back end. What happens then is solely up to the development of the talent surplus they have in their system. The immediate question though is what this upcoming season could look like on defense.

Brady Skjei - gone. Marc Staal - gone. Two staples on the Rangers back end for years are elsewhere now, opening the door for an inevitable yet overdue defensive overhaul. The youth movement won't be in full effect right off the bat as Lundkvist, Jones, Robertson, Schneider etc. still require some more seasoning. Headed into 2021 though, there's no question who the Blueshirts' top four defenders are - Fox, Trouba, DeAngelo & Lindgren - so there should be no reason anyone else outside of this group slots in their top two pairs. With that being said, let's start hypothesizing how their bottom pair shapes up.

Last in the back end rotation is gonna be a duo made up of Jack Johnson, Brendan Smith, Anthony Bitetto & possibly hopefully the debut of K'Andre Miller or dark horse Tarmo Reunanen. All these guys are lefties, but JD & new D coach Jacque Martin's main man Jack Johnson has played plenty of right side. Their highly curious FA signing will most certainly be in the opening night lineup - I'm just petrified they end up slotting him opposite Trouba. Assuming the Rangers haven't lost their fucking minds, I could live with a bottom pair of Johnson and whichever rookie has the better camp. Just please leave these two guys out of the mix: 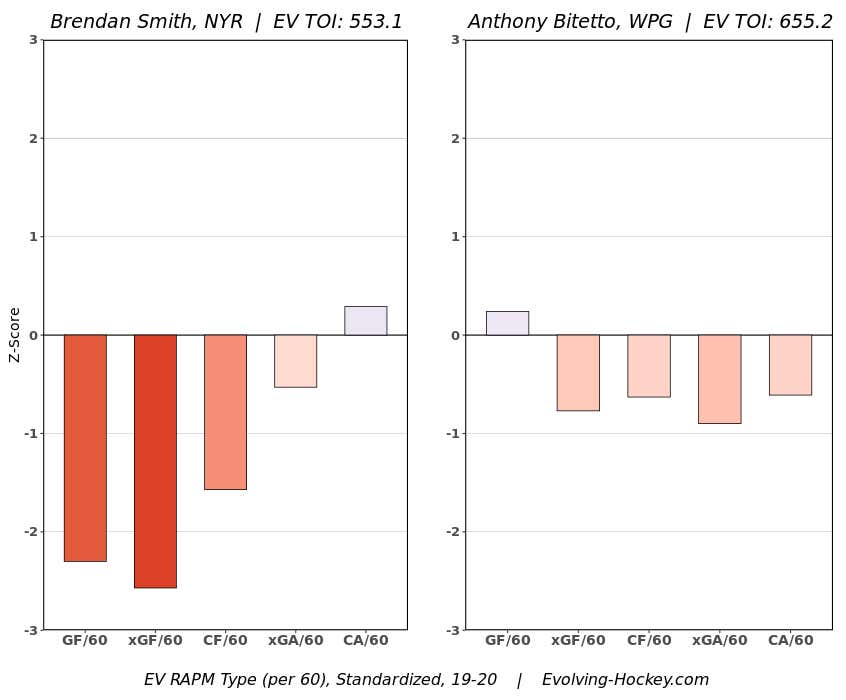 Barring some sort of miracle career reclamation out of Johnson or a rook taking the league by storm, the third pair is gonna be a shitshow regardless. If they're gonna have a shot at playoff contention, it'll come by riding their top four. There's a lot of questions in that group though. For starters, who's gonna slide over to the left? Gorton has already said they've discussed both Tony & Foxy. DeAngelo has a little experience and said playing on his off-side wouldn't be a big deal. Is that what's best for the Rangers though? That means he'd be skating with Trouba. How's that gonna work? Trouba was heavily deployed in shutdown, defensive zone situations while Tony thrived being protected from exactly that. Only a handful of blueliners had a higher percentage of offensive-zone starts league-wide. Pairing those two doesn't bode well for getting the best out of either player, and there's no reason to drastically change DeAngelo's usage after such a dominant campaign on the stat sheet.

If you're gonna move someone to the other side of the rink, there's gotta be a real good reason for it. Not only are you doing it to get the player you're moving a larger role and that's where the opportunity is, but you're also taking into account how much of a positive impact he'll have on his new partner. So why the hell would the Rangers do anything other than link Fox with Trouba? It's the only legitimate top pairing you can make out of this group. Give me 23 minutes a night. Even strength, PP2, PK1. Never leave each other's side.

Fuck balance. Nashville rides with Josi/Ellis and they dominate. Fox's hockey brain is so big and the game so easy that playing on the left won't phase him at all. He's too good for that to matter. A move to Trouba's left gets him more minutes & more responsibility while giving NY's $56M man the best partner he's ever had. Troubs had a career year in '18-19 playing alongside Josh Morrissey. Morrissey's a solid defenseman - but he's not Adam Fox. If you want a guy to play like he's worth $8M/per then you can't ask him for another season of attempting to carry another carousel of disappointments trying to play way over their heads. 23 & 8. Set it and forget it.

That leaves a middle pair of Lindgren and DeAngelo. Risky, I know - but if I'm gonna take a risk it's gonna be on a pair I can protect. Can Lindgren survive without Fox? Can Tony handle a bit of an uptick in defensive deployment? Might as well find out sooner than later and I don't see why it can't work. Separated from Fox, Lindgren's matchups should be a bit easier as the stay-at-home guy. As for DeAngelo, he was racking up top-four ice time at even strength regardless of his "third pair" designation. Quinn will insist on a more well-rounded game but will also still be as careful as can be with how he's used. Lindgren is certainly an improvement over Marc Staal, so there's reason to believe #77 can hurt you less defensively with a more capable partner.