Do you believe in miracles!?! Still a ways to go, but if the early voting in Kentucky is any indication...

I don't wanna jinx it, just see for yourself.  I mean I'm looking at these real numbers from this very real poll that is absolutely happening for real right now with my own eyes.

What do all the naysayers and "pollsters" have to say now? Awfully quiet over there in the fuckin dweebs section huh? Where are the haters?  The ones who said Kanye would NEVER poll third among early voters in Kentucky behind Jo Jorgs and a child actor but AHEAD of a couple of guys called Donald and Joe.  Maybe you've heard of em? They do politics too like Kanye?

GET THE WEST WING READY! 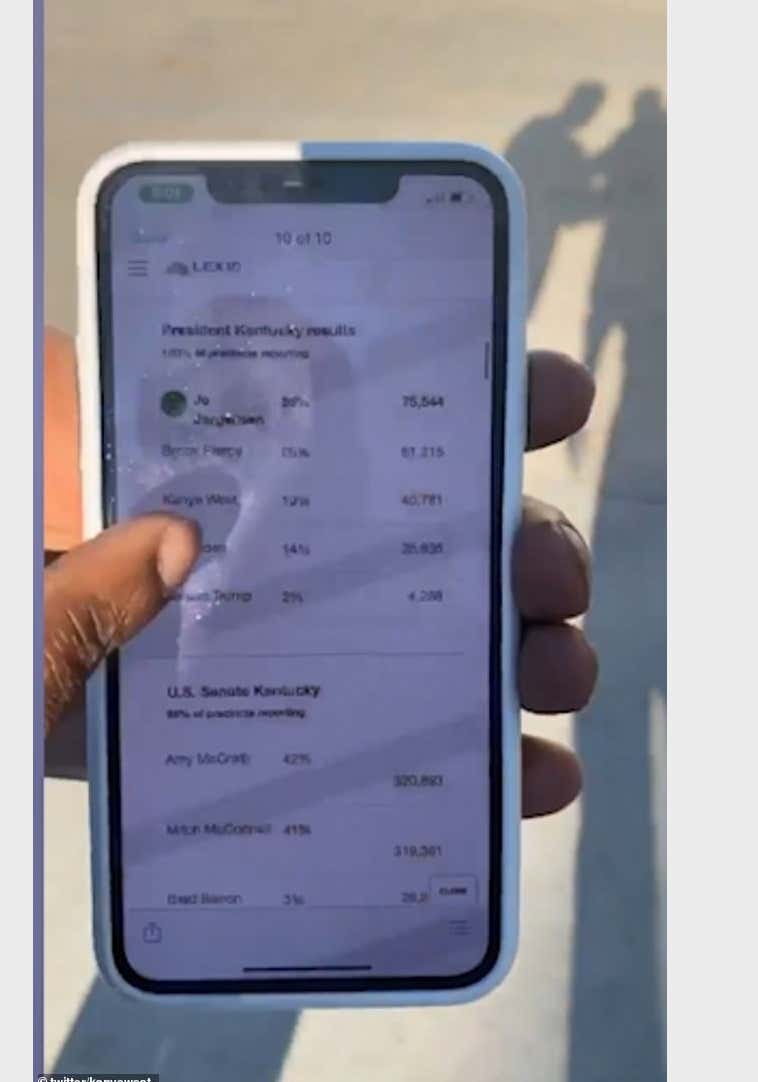 To answer the earlier question: the naysayers and pollsters,  they are all saying the same things as before unfortunately. The dweebs too.  In fact they're even more smug about it after watching Kanye celebrate the "results" of a test poll with fake numbers cached from like fuckin June.

Daily Mail — But it was short lived as West's tweet has been flagged as 'Manipulated Media' by Twitter, which has added a link to the explanation of the figures provided by a local news site.

Lex 18 news said a cached link on their website showed test election results, which is what West had seen and shared.

The site said the link had been used to post data from the Associated Press news agency during June's primaries and that the data had updated to show current AP figures used as part of a test run in preparation for the elections.

'The results shown were not valid. They were simply part of a test.

'We regret the discovery of the cached web link and have removed the data from that page. We apologize for any confusion,' Lex 18 said in a tweet on Wednesday.

Egg on Yeezy face. These fucking pranks man, they're getting more and more sophisticated. I mean how was he supposed to know, he saw a poll, he believed it, sue him for trusting people.

Yet another disappointment in the young political career of Mr. West.

But of course this is another blessing in disguise, hopefully another step towards Kanye ditching the politician bit and electing to restart his meds. Most important office for Yeezy to attain right now is the one belonging to the best damn psychiatrist money can buy. That's got my vote!