Get all your lame, played out jokes out of your system.

The fat ones. The dramatic ones. Punch 'em out on your keyboard or to your group message and get 'em out.

Because I remember VERY well being told time and time again that Big Ben was the reason why the Steelers of AB and Lev Bell days fell apart.

Remember? You have to. 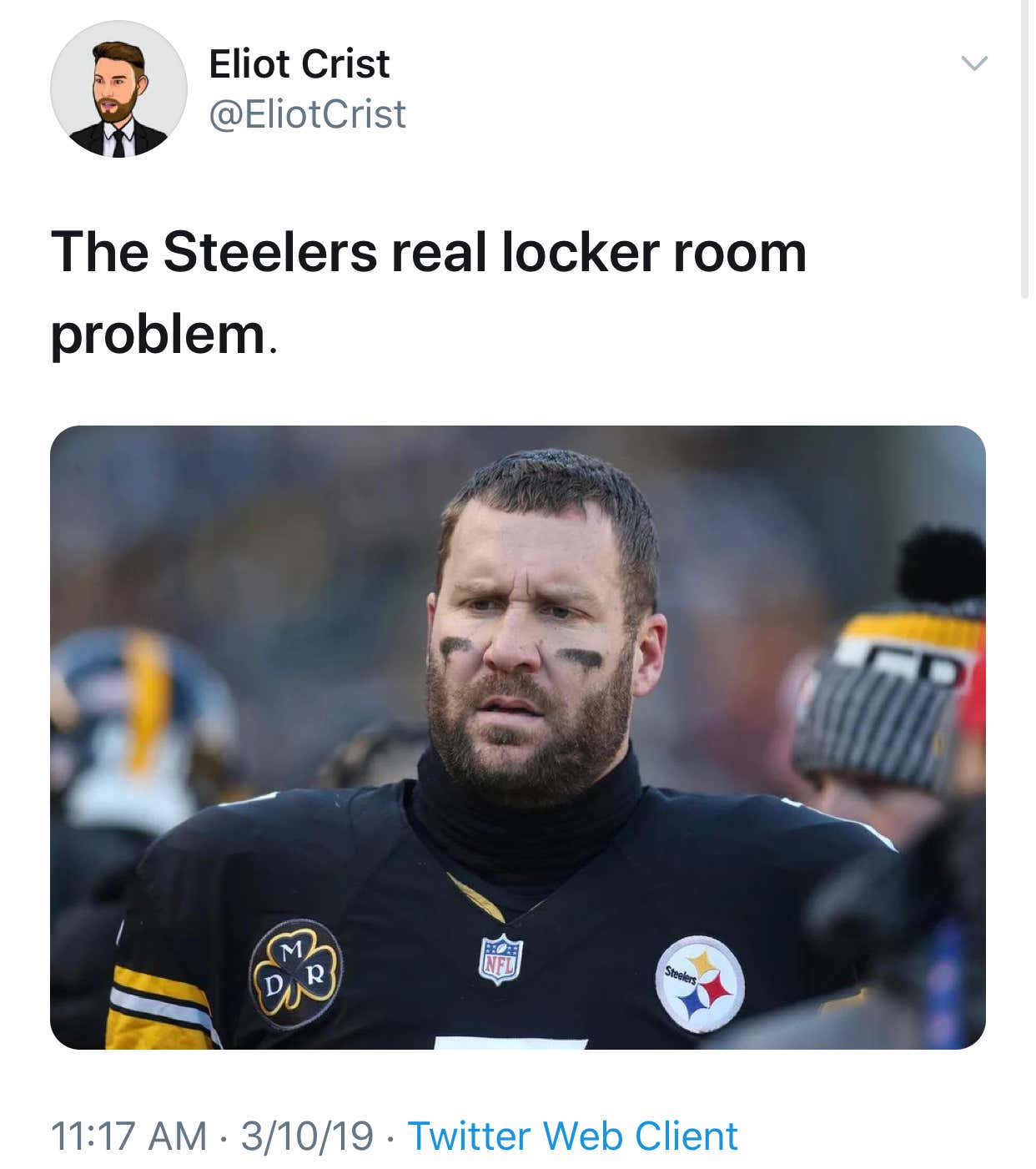 Since this Antonio Brown has refused a trade to the Bills, got traded to the Raiders, never played a snap for the Raiders, got accused of assault, got cut by the Patriots, has shown up on OnlyFans, and has yet to play another snap in the NFL.

Le'Veon Bell went on to a legendary next step of his career signing with the Jets to play 18 games for $28 million while averaging 3 yards per carry and scoring one touchdown. One. That means the Chiefs left tackle Eric Fisher has scored the same amount of touchdowns as Le'Veon Bell since his last snap for the Steelers.

For Big Ben? He's been named captain of the Steelers two more times, rehabbed his way back from a rare arm injury, and is now leading the 4-0 Steelers with 10 touchdowns and a whole new cast of players.

I always knew this is how it would play out. Big Ben was more than successful in his NFL career before AB and Le'Veon Bell, and he's shown he still is without them.

"I don't know Joey it seems like he pushed them out. I don't know if I'd want to play with him either" was commonly said to me over a year and a half ago. "Just watch, you'll see" I told them.

How's that working on for those two now? They're nothing. So yeah, on the day after Le'Veon Bell gets released from a failed experiment of leaving Pittsburgh and who the hell knows what Antonio Brown is doing all while Big Ben's Steelers are in first place, I'm going to take a mini victory lap. I told ya all along.

Steelers eliminated their problems. Well, besides 3rd down defense this year.