Just when you thought an afternoon of quadruple bogeys couldn't get any worse, this Australian nightmare comes bouncing towards you ready to throw hands.

I'm not incredibly well-versed in the aggressiveness of kangaroos, but that thing does not seem to give a fiddler's fuck that the guy he's attacking is wielding a golf club. He's going right after that dude come Hell or high water. Also, did y'all know kangaroos growl?! That thing sounds like a damn pit bull.

Any animal that is not frightened in the slightest to attack a man with a three wood in his hands is probably an animal you don't want to mess with. I'd assume that kangaroo is probably pretty confident in his fighting abilities to take that on.

But how about the friend in the navy blue shirt? Talk about finding out who has your back. That dude could not have hopped back into that golf cart faster. 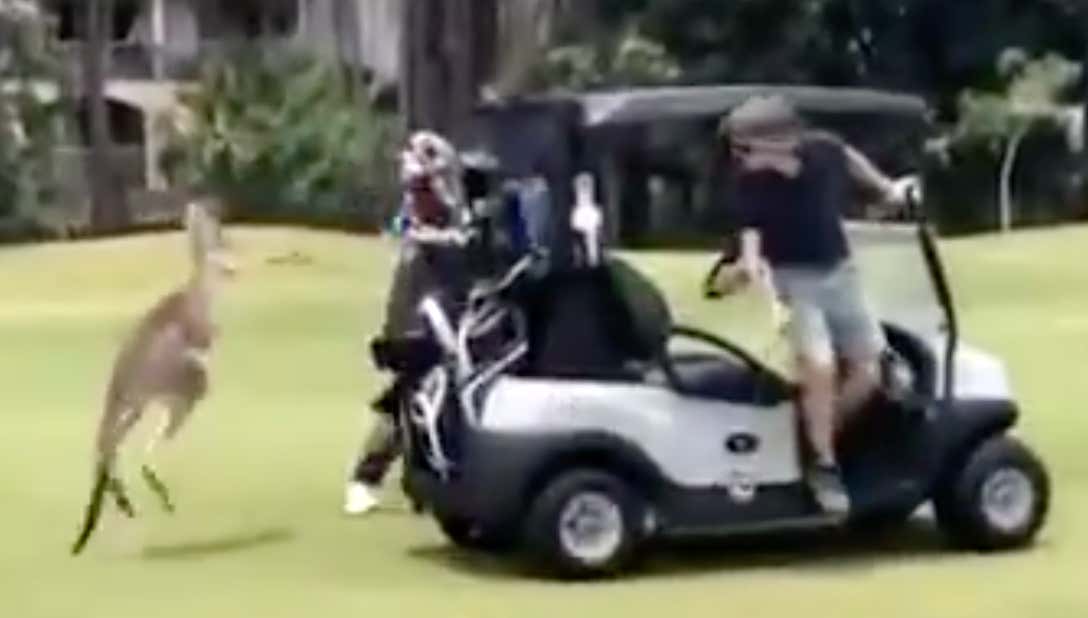 And then there's obviously at least one other person filming. I wouldn't necessarily want to take on that kangaroo, but when your boy is getting his ass handed to him by a marsupial, y'all have to jump in there and lend a hand. At least pretend to be making your way over there.

So today I learned that if you ever see a kangaroo on the links, just keep the cart moving to the next hole. It actually is possible to have 18 holes end worse than just wasting four hours losing a couple sleeves of golf balls.